Last Thursday, we had a Zoom meeting of the executive committee of The Papal Foundation. 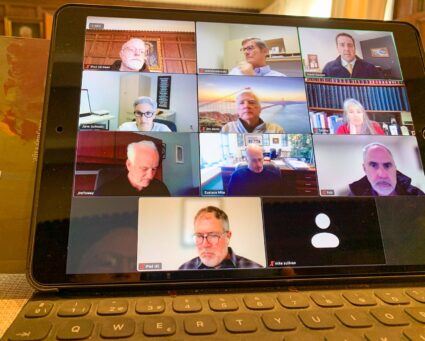 The Foundation continues its work of supporting the many wonderful works of charity, mercy and evangelization of the Holy Father all over the globe.  It is very inspiring to be able to work with this group of very dedicated people.

Friday, I had a conversation with Terry Beatley, the president of the Hosea Initiative, a non-profit organization dedicated to spreading the story of Dr. Bernard Nathanson.  She gives talks around the country, promoting the legacy of Dr. Nathanson and helping people understand the truth about abortion. 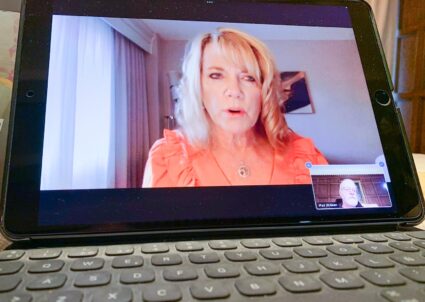 She reached out to me because I had known Dr. Nathanson personally and wanted to talk with me about my experiences with him.  Bernard Nathanson was, of course, a founder of NARAL and was one of the largest abortion providers in the country.  However, he got to the point where he could no longer deny the humanity of unborn children and became a very strong advocate of the pro-life cause.

I told her how, when I was a young priest, Dr. Nathanson’s book “Aborting America” came out, and I brought together Black and Hispanic Catholics at Catholic University to hear him speak.  He explained how NARAL, through deceptions, exaggerations and outright lies, was able to hoodwink people into accepting abortion.

Later on, Dr. Nathanson accompanied me to Honduras when they were on the brink of de-penalizing abortion.  At that point, he had just come out with his film “Silent Scream.”  We had it translated into Spanish and broadcast on television in Tegucigalpa.  He also spoke to legislators, medical school faculty members and other leaders.  With that, we were able to reverse that decision.  I also recounted how I went with him to Venezuela to promote the pro-life cause in that country as well.

That afternoon, I was very happy to celebrate the wedding of Marianne Gill and Matthew McBride at the Cathedral of the Holy Cross.  Marianne is the daughter of Kevin and Rita Gill and the cousin of Father Chris Boyle.

As regular readers will know, I celebrated many weddings as a priest in Washington, and it’s always a great joy to have that experience again.

Saturday, I went to St. Patrick’s in Lawrence for a Mass to celebrate the parish’s 150th anniversary. 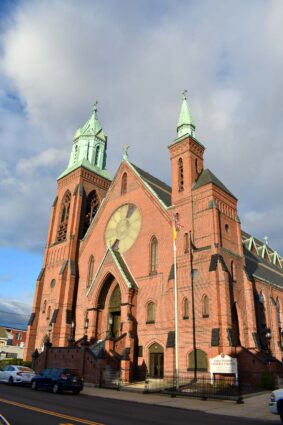 In my homily, I noted the rich history of the parish and the extraordinary things that are happening there today.  They have something like 40 different ministries, including, of course, Lawrence Catholic Academy, the Cor Unum Meal Center and an extraordinary outreach to the Hispanic and Vietnamese communities. 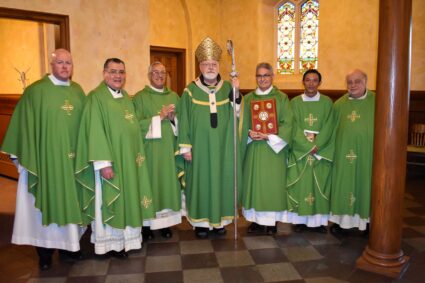 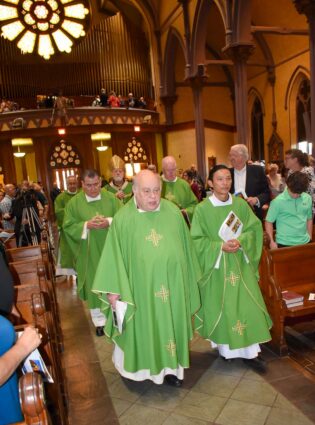 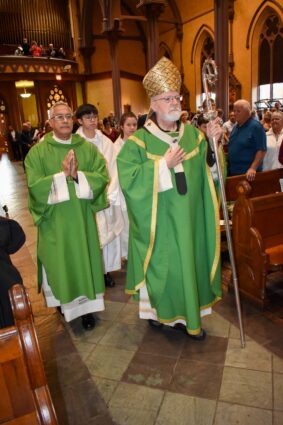 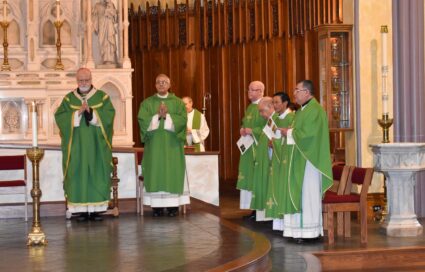 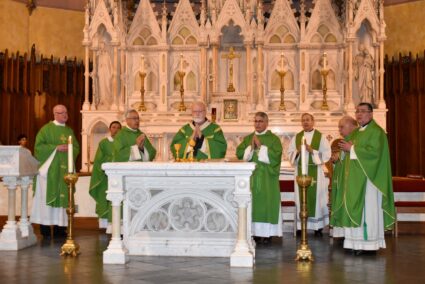 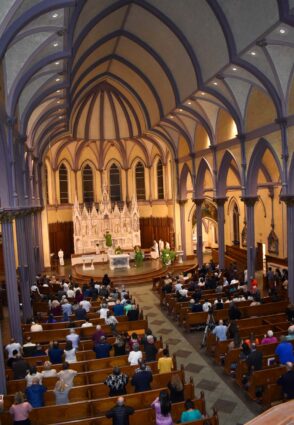 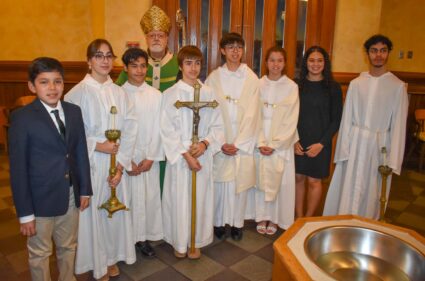 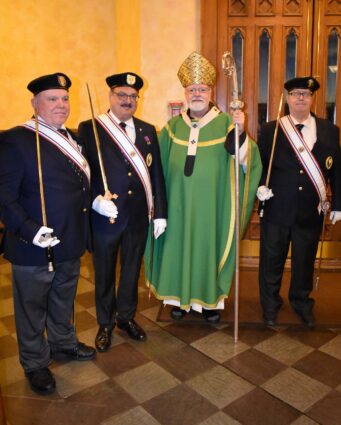 Father Paul O’Brien is doing a magnificent job there, and it was wonderful to be with him and his parishioners on this very important and happy occasion.

That evening we had our annual Bishop James Augustine Healy Award dinner sponsored by the archdiocese’s Black Catholic Community.  Because of the pandemic, the Healy Award gathering was held virtually in 2020 and as a vespers service in 2021.  Father Paul Soper graciously agreed to host us at his church hall at St. Margaret Mary’s in Westwood.  So, it was good to be able to come together for a meal and fellowship again. 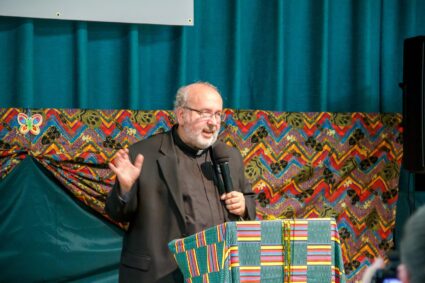 Felix Okwesa was our emcee, and, as always, the Archdiocese of Boston Black Catholic Choir provided beautiful music throughout the evening. 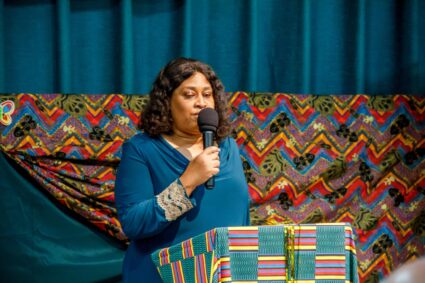 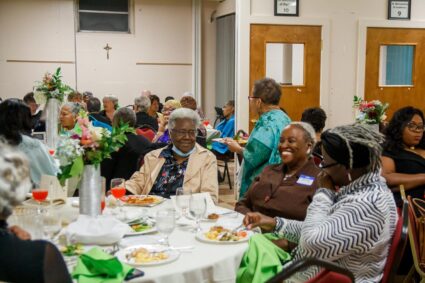 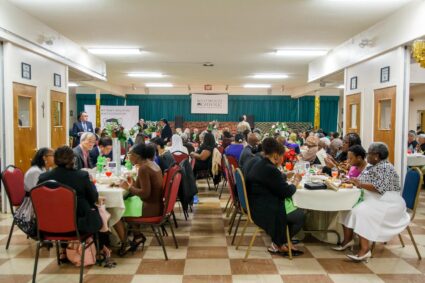 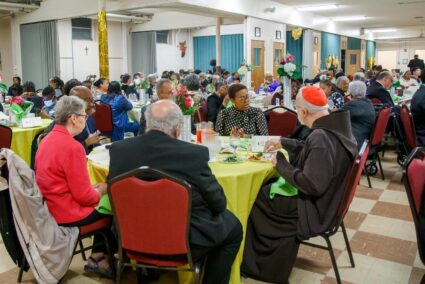 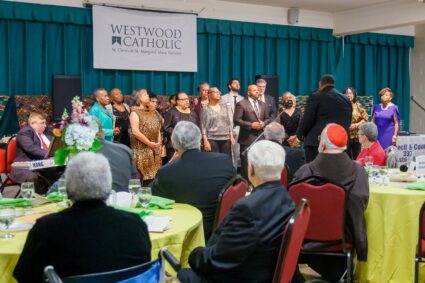 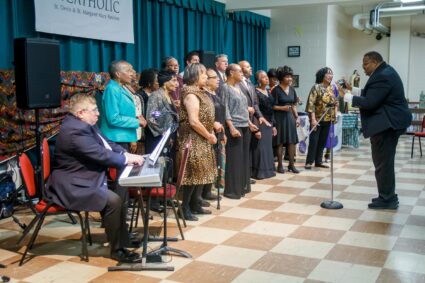 This year, the Healy Award was presented to Ruth Villard.  Father Oscar Pratt and Meyer Chambers both spoke about her life of service. 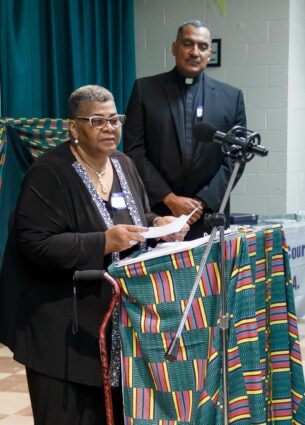 The guest speaker that evening was Robert Gittens, who received the Healy Award in 1998.  He talked about Bishop Healy’s life, including 21 years serving in the Diocese of Boston. 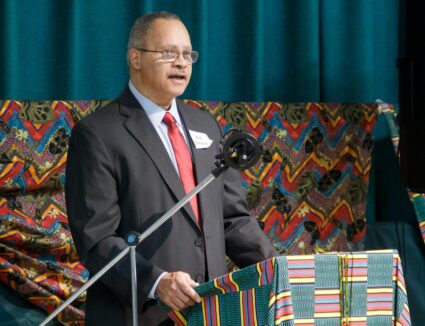 He also spoke about the history of the National Black Catholic Congress.  Their next gathering is scheduled for July 2023.  Here in the archdiocese, we will be holding will be a day of reflection next month in anticipation of the congress.

We are certainly very grateful to all the leaders of our Black Catholic ministries and to St. Margaret Mary Parish for all they did to make this such a successful event. 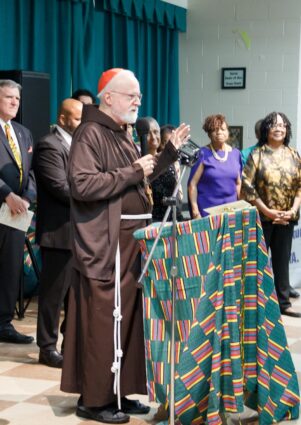 Sunday, I flew to Baltimore for the Fall Plenary Assembly of the U.S. Conference of Catholic Bishops.

Sunday afternoon, we had a meeting of the board of the National Shrine of the Immaculate Conception.  Among the items we discussed were the new shrine to Our Lady of Aparecida and a statue of Father McGivney that will be installed.  There was also an interesting report on the status of the shrine’s activities since the pandemic. 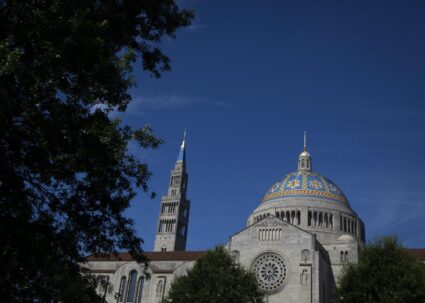 Monday, in preparation for our meetings, we had an opening Mass celebrated by Archbishop José Gomez and a time of recollection, at which Archbishop Al Hughes gave a reflection. 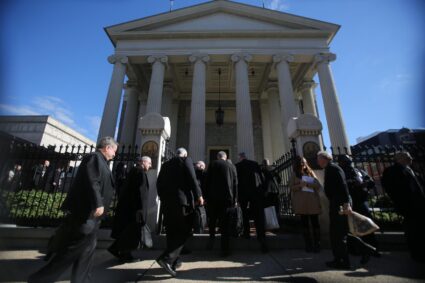 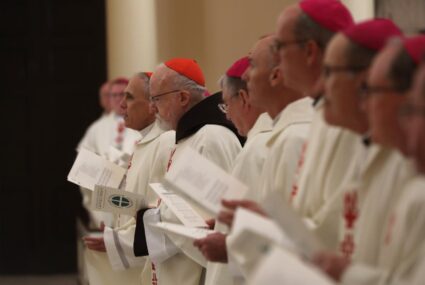 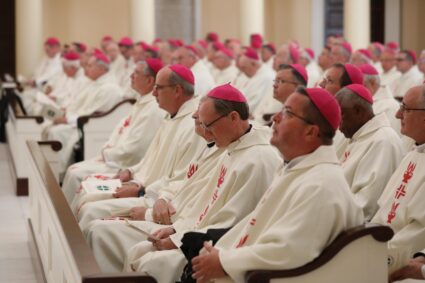 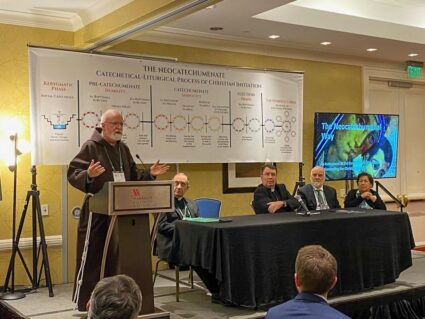 I also offered introductory remarks, in which I spoke about my own experience with Cursillo and how that brought home to me the Second Vatican Council’s teaching on the universal call to holiness and the role of laypeople in the Church.  I also spoke about my experience as a young priest in Washington, where there was such a shortage of priests in the Hispanic community and where there were so few people getting married, and I have seen how the Way challenges people to live a life of discipleship and embrace these two very important vocations.  I also shared my experience of several meetings I have had with parishioners who are members of the Neocatechumenal Way over the last several months who told of the extraordinary experiences they have had.  Many of them are couples who give a great witness in being open to life.

On Tuesday, we began our plenary meetings.  We have begun a new method of gathering the bishops in small groups for discussions and providing more executive session time.  I found this new format very profitable because it allows us to get to know the other bishops, hear what they are thinking, and dialogue with them. 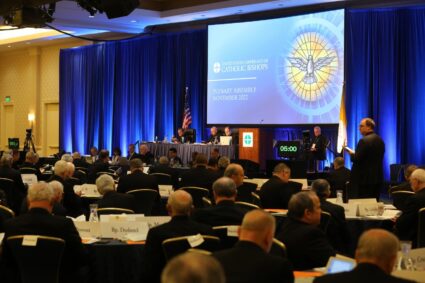 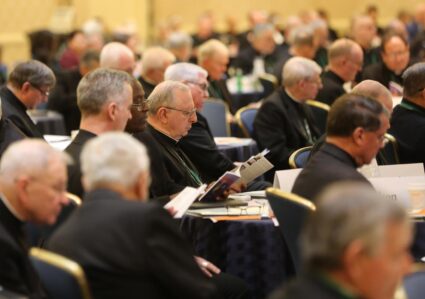 During our gathering, we had elections for officers, and there were a number of important reports presented.

One that was very moving to me was a report by Catholic Charities USA.  Sister Donna Markham spoke about all the work that has been done recently, particularly in light of the natural disasters and challenges that we have faced in our country over the last few months. 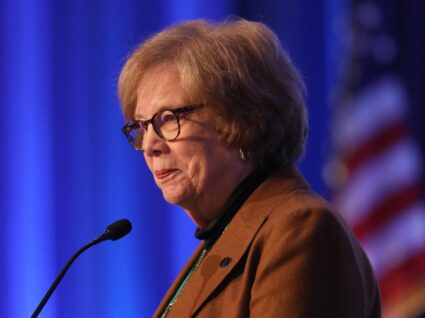 The assembly continued until Thursday, but unfortunately, I had to leave on Wednesday for meetings in Rome.  Since those activities are still ongoing, I’ll share the details of those with you next week.