First, I want to share with you some news from the archdiocese. This week, the Holy Father accepted Bishop Francis X. Irwin’s letter of resignation that he tendered last year. We are very grateful that he has generously served so long, even beyond his 75th birthday. We look forward to his retirement and his continued presence to the people of Boston in many different ways. 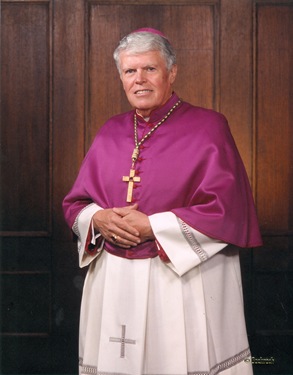 His generosity, good humor, and pastoral wisdom have been gifts that he has brought to the archdiocese. We’re very grateful for all of his goodness and friendship, and hope that his retirement will be filled with many blessings and graces.

Now, onto my week.

In last week’s post, I mentioned very briefly that last Thursday I had attended the Adopt-a-Student Dinner at the Seaport Hotel for Cathedral High School. I wanted to share my thoughts of the evening in bit more detail with you this week. 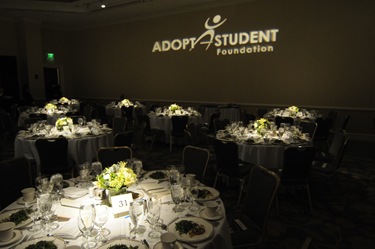 Every year there is a dinner to raise funds for Cathedral High School. It is sponsored by the Board of Trustees, under the leadership of Mr. John Raimonde. Father Kevin O’Leary, pastor of the Cathedral parish, was there with us. There are a number of sisters from different communities who help staff the school, including the Sisters of Saint Joseph, Franciscan Sisters, and School Sisters of Notre Dame. They also have one religious brother. He is a member of the Brothers of the Sacred Heart. 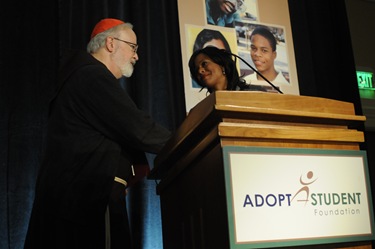 It was a very successful evening. Catholic philanthropist Jack Connors spoke to the group about Catholic education. Earnest McNeil, one of the senior students spoke very eloquently. There was a film presentation about the school as well. 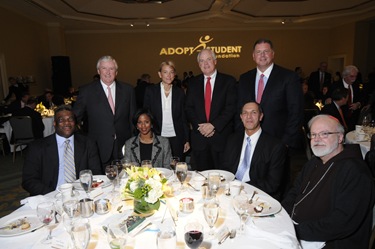 Cathedral has undergone some impressive facilities improvements in recent years. This past summer, they put in new science labs, purchased new desks for the students and teachers, and repainted and installed a new floor and tables in the cafeteria. Last year, they replaced all the bathrooms, and two years ago they put a new roof on the building. Three years ago, they built a new gymnasium. They have been working very assiduously. 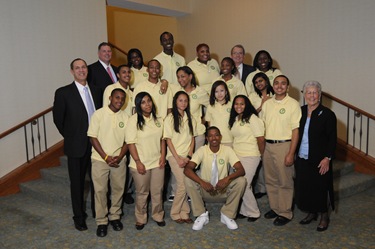 The new headmaster, Tom Arria, has provided terrific leadership for the school. He came from Malden Catholic High School. They are doing a fine job there providing a quality education to low income students.

On Friday, I was the main celebrant at a funeral Mass for Mother Anne of the Mother of God, prioress of the discalced Carmelite monastery in Danvers.

As you may know, Mother Anne passed to the Lord on October 10. Her death was sudden and unexpected. It was moving to see how many people turned out for the wake and funeral. It really made quite an impact on the whole community. She has given extraordinary leadership to the sisters there and was truly a spiritual mother to them. 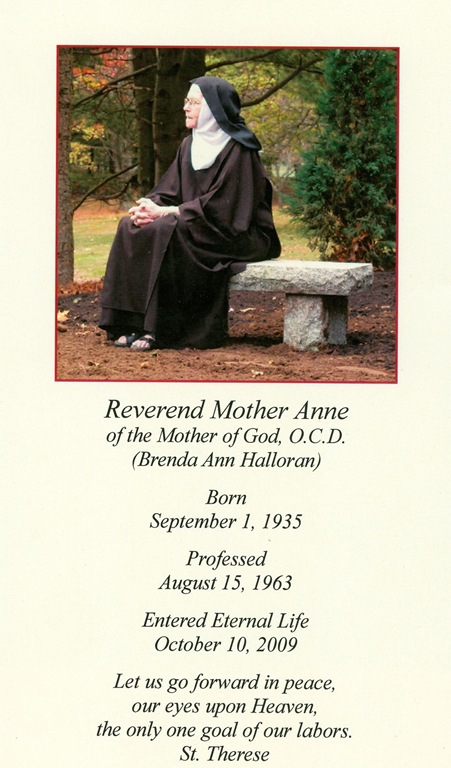 Bishop Irwin, the regional bishop there, preached at the Mass. A number of priests concelebrated.

We have two cloistered communities of Carmelite sisters in the diocese. The Danvers convent, which I have mentioned in previous posts, was headed by Mother Anne, who has been a beloved religious figure in that part of the diocese. The presence of the sisters in the area has always made a very positive impact on the life of the Church. People frequently visit the convent and go there to pray.

The nuns’ life is one of work and prayer, and, as you can see, Mother was not averse to using a power saw. 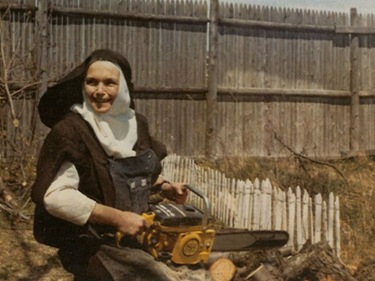 On Saturday, I gave the opening remarks and led the opening prayer service at the first social justice convocation, titled “In the Footsteps of Christ.” It was held at Boston College High School. 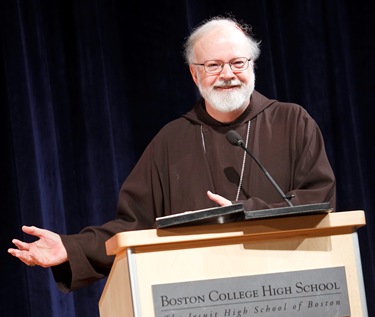 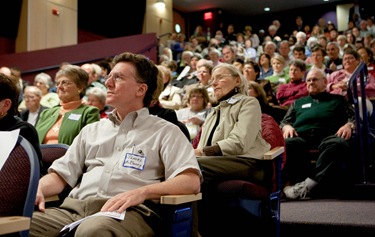 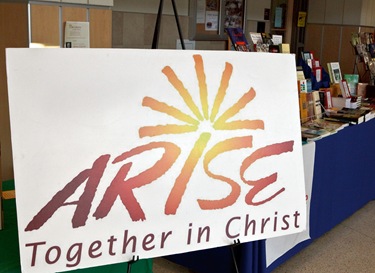 There were a number of speakers from different areas, including pro-life, immigration, economic justice, and housing. 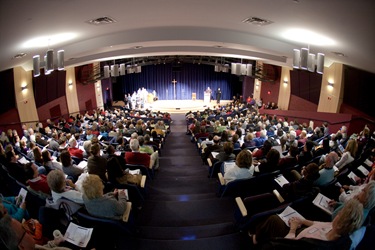 In my remarks, I talked about how the social Gospel of the Church is part and parcel of who we are as Catholics. I used the example of the opening talk Pope John Paul II gave at the Puebla Conference in 1979, where he challenged us to teach the truth about Christ, the truth about the Church, and the truth about the human person. I said all of these are interconnected in the Church, so it’s very important that we have that sense of our belief in God and the Trinity and our belief in the Church as the Sacrament of Christ, and the belief in the dignity of the human person made in the image and likeness of God, with an eternal destiny. 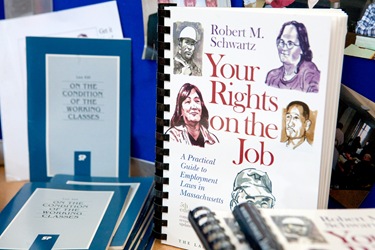 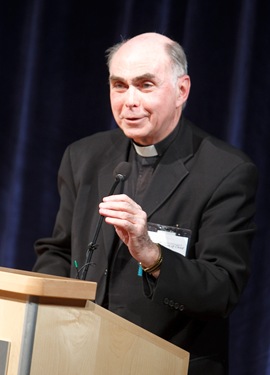 All of those things are the background for the Church’s social Gospel. Having said that, I also commented that in the early centuries, the Church was often persecuted for what we taught about God, the Trinity, Christ, the Eucharist, and the sacraments, but in modern times, the opposition to the Church is strongest in the area of what we teach about the dignity of the human person, the Gospel of life, and the sacredness of marriage. 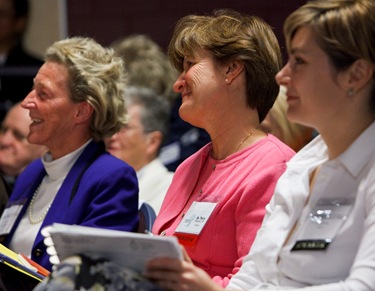 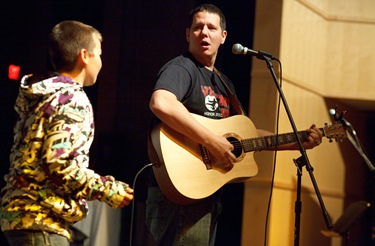 The Office of New Evangelization is trying to expand the ministry to middle school students. This was an attempt to do that. We’ve realized in the past that oftentimes this age group falls through the cracks. They’re there for sacramental preparation, and then when that passes their contact with the Church is minimal. I applaud the efforts that are being done by the office for this ministry. 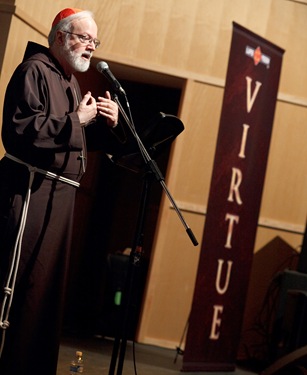 I think that this can be replicated in the parishes. It’s a model of what can be done with the youngsters of this age group. There was great enthusiasm amongst the youngsters. I was happy to address them and greet them. 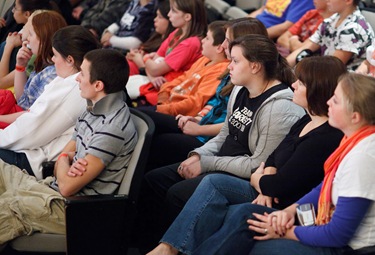 On Monday, I met with Cardinal Cushing School’s President and CEO Jo Ann Simon and Board Chairman John Boucher at the Pastoral Center. The purpose of the meeting was so they could update me on the good work they are doing there. They gave me a cross which the students made. It’s a Franciscan cross. 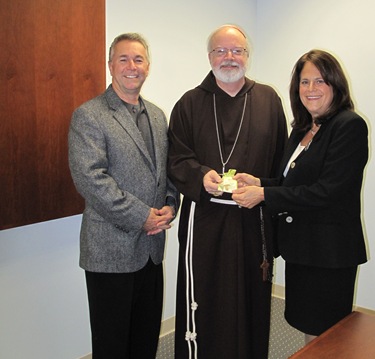 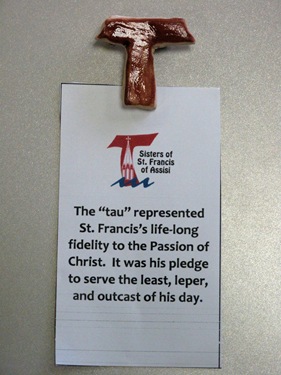 The Franciscan sisters are the founders of the school. Historically, it was Cardinal Cushing who brought them there. Cardinal Cushing was very close to that institution. He used to spend a lot of time there and asked to be buried there. So they built a replica of the Chapel of Saint Francis Portiuncula in Assisi. The exterior is an exact replica. It’s very, very beautiful. It’s part of the Franciscan roots of that institution. I was very pleased to see the students are still being taught in the Franciscan tradition.

Later in the day, I received a pleasant visit from Father Bill Devine, one of the many wonderful Boston priests who has served courageously and generously the men and women of our armed forces. He is presently in Okinawa, but has done many tours of duty in Iraq and Afghanistan. He was home and wanted to pay a visit to update me on where his life is and what is happening with him. 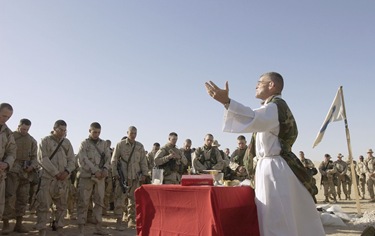 In this 2003 photo, Father Bill is celebrating the Eucharist in the Iraq desert

On Wednesday, I visited the newest Catholic school in the archdiocese, Good Shepherd School. It is a preschool that has been opened in Charlestown. 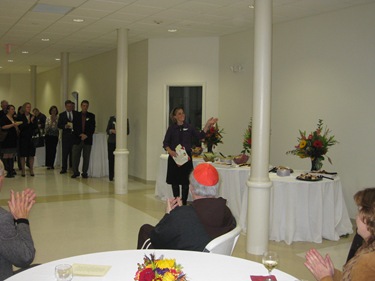 They renovated the first floor of St. Mary-St. Catherine of Siena Parish, which is a beautiful old Keely church. Like many of those churches, the church itself is on the second floor. The school is not in the basement. It is actually on the ground level. They had had a lower chapel there, so the windows are stained glass. They did a wonderful job of renovating this for the children but preserving a lot of the natural beauty of the old building. They are going to have a daily Mass chapel down there. It is just wonderful work that has been done on it. It is going to be a bi-lingual program because there are many Hispanic children in the neighborhood. The parents are very, very enthused. When Father Ronan became the pastor there, he was interested in reopening the Catholic school, but did a study – a needs assessment. What he discovered was there were many young Catholic families with small children, and there was great interest in a preschool program. As I said, it is our newest Catholic school and we are very pleased. 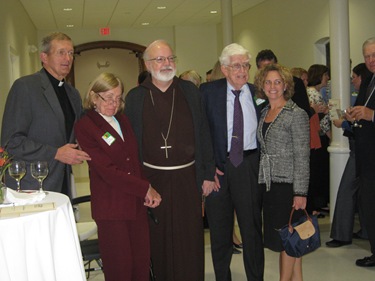