Meetings of the Pontifical Commission for the Protection of Minors

As I mentioned in my previous post, I was in Rome this past week for activities related to the Pontifical Commission for the Protection of Minors. 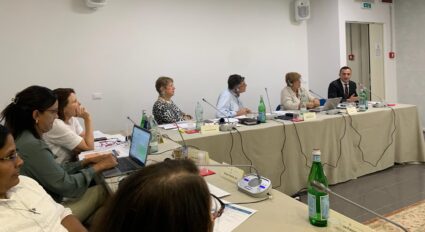 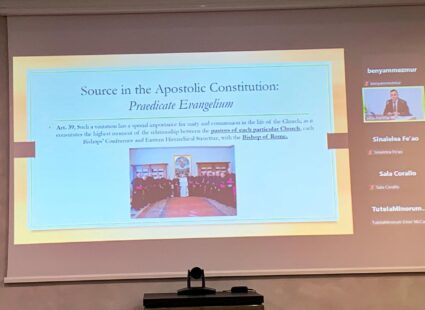 This was the first meeting of the commission with its current makeup.  Half of the members have continued from the previous commission, and the other half are new, but together they represent all the various continents.  We will be establishing groups for the different regions of the world to carry on the mission that Pope Francis has entrusted to us.  The Holy Father has asked us to oversee some of the bishops’ conferences’ guidelines and make recommendations around the prevention of sexual abuse, providing pastoral care for survivors, and ensuring there are good processes in place for people to report offenses and receive pastoral care. 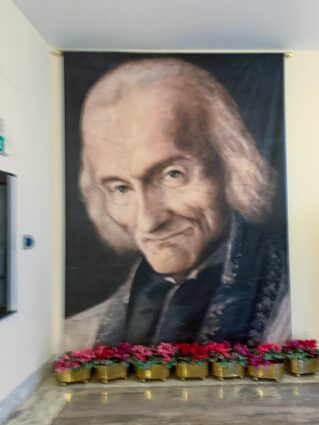 They have this very large image of St. John Vianney at the Dicastery for the Clergy

We also had a Mass with the commission members at the Tomb of St. Peter in St. Peter’s Basilica, and I invited Cardinal Lazaro, the Prefect of the Dicastery for the Clergy, to preside.  (Some will remember Cardinal Lazaro from his time in Boston studying English at St. John’s Seminary.) 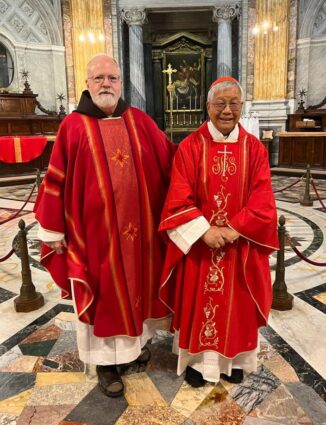 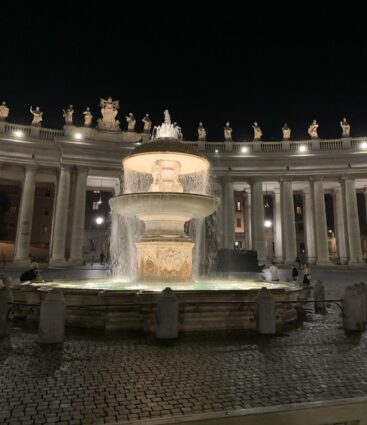 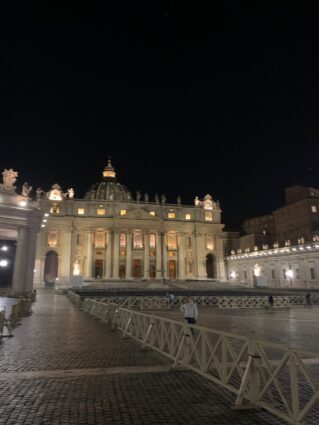 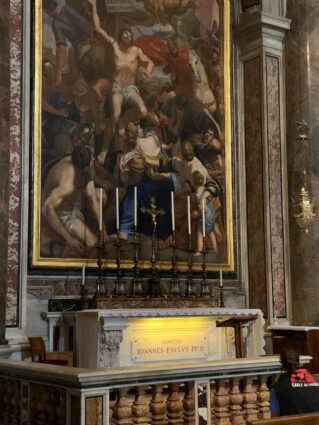 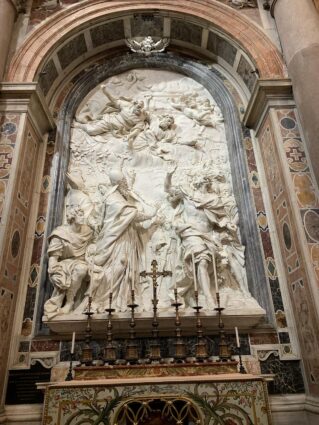 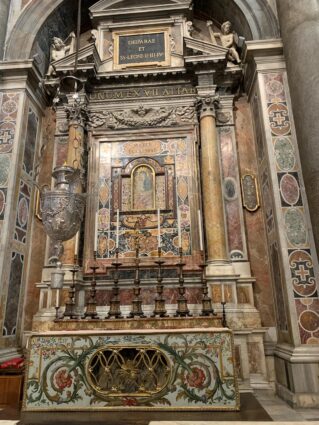 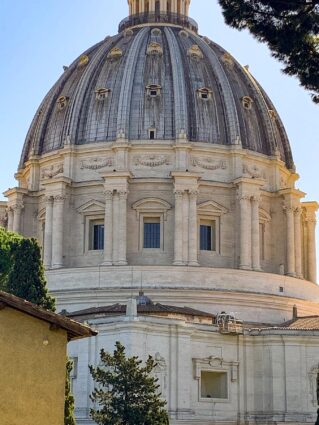 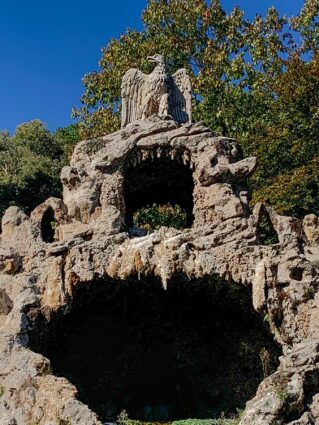 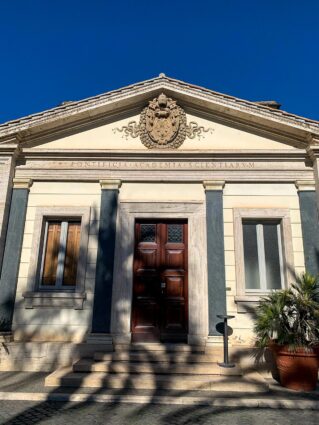 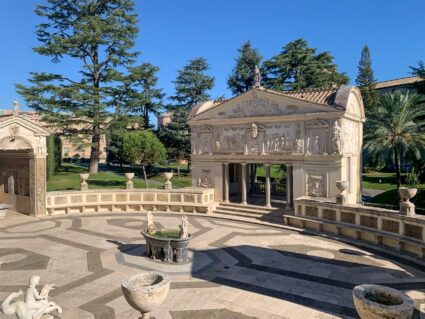 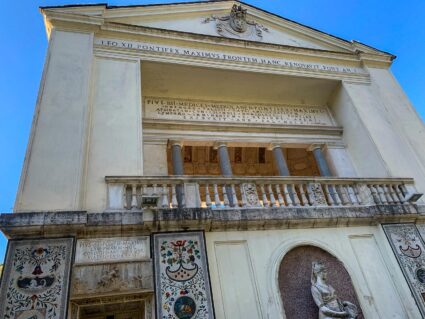 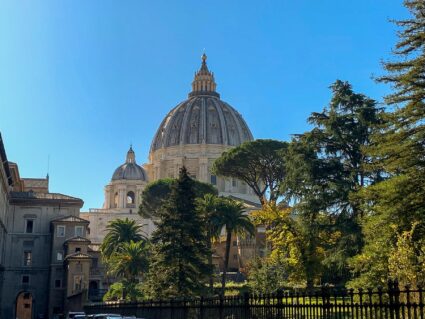 It was actually the first time in many years I’ve taken a walk through the gardens, and this time I discovered they have a pond with turtles that I had never seen! 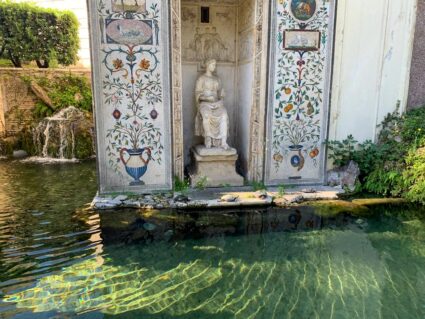 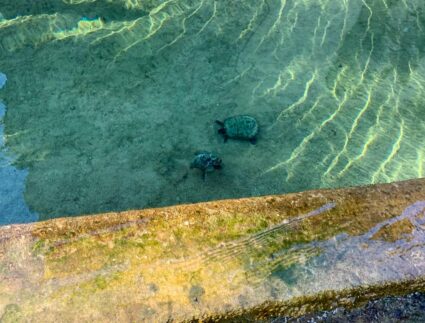 It was very nice to see people once again returning to the Vatican museums and enjoying the grounds. 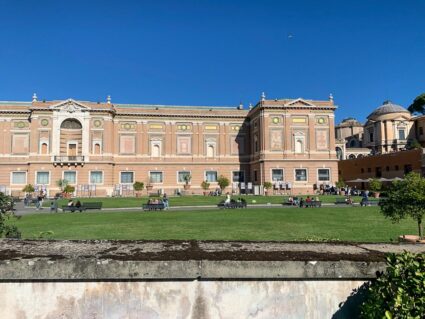 I also had a meeting with Cardinal Zuppi, the president of the Italian bishops’ conference, to sign an agreement whereby the conference will fund places in the Global South that need resources for their safeguarding programs.  Our commission will work with these countries to establish their own programs and determine what resources they need. 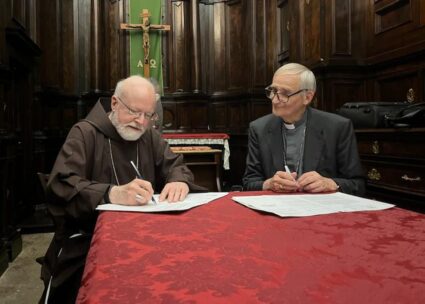 We are very happy that the Italian bishops’ conference will be providing us with this grant to help countries that are under-resourced to have centers of safeguarding, and we are very grateful for their participation.

Cardinal Zuppi was holding a Vespers Service at the Pantheon, so we offered to meet him there.  So, after the signing, they gave us a brief tour. 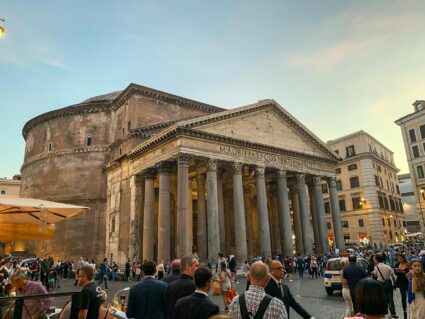 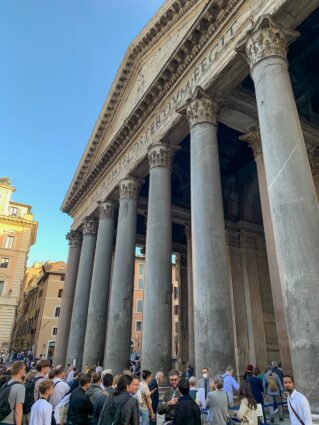 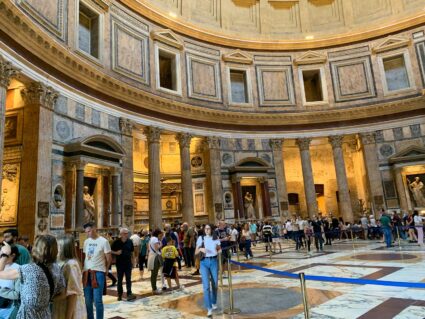 The Pantheon was built before the time of Christ, and it is still the largest unreinforced concrete dome in the world.  The only light comes from a large hole in the ceiling called an “oculus” (Latin for “eye.”) 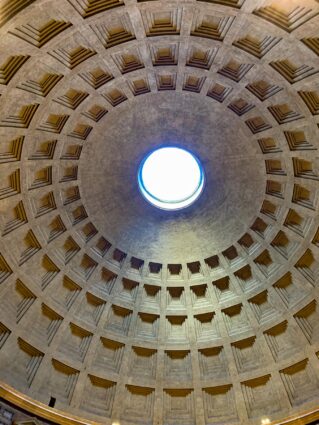 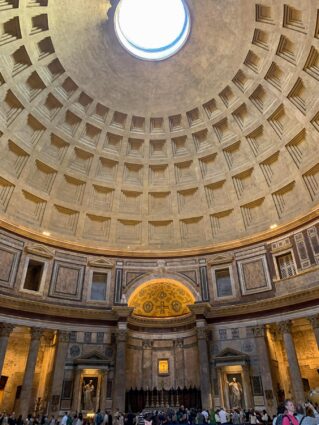 The Pantheon was originally a Roman temple to all the gods, but in the 7th century, it was converted into a church dedicated to Mary and all the martyrs. 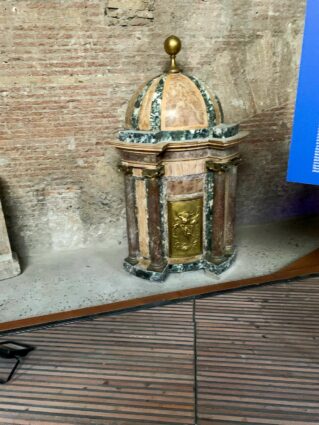 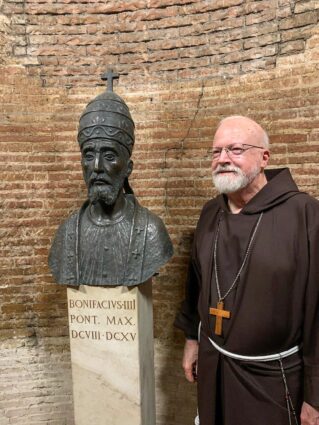 This is a picture of the tomb of Raphael, the famous Renaissance artist who was very much involved in decorating the Pantheon. 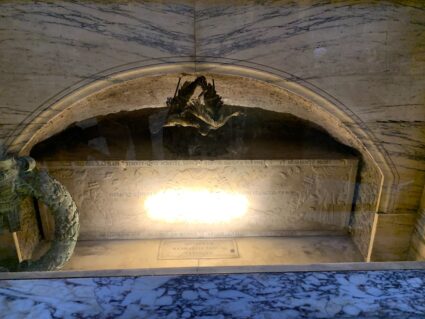 It is certainly a very impressive monument in Rome, and I was happy to have the chance to see it.