Celebrating jubilees with the Daughters of St. Paul

Last Thursday, I met with Xaverian Missionaries Superior General Father Fernando Garcia and Local Superior Father Rocco Puopolo. Father Garcia has been a missionary in Africa for many years and was recently elected superior general. He was visiting the United States and came by to greet me at the cathedral. 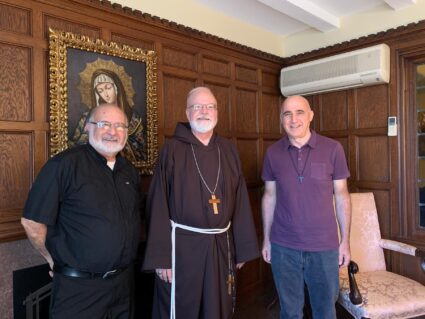 The Xaverian Missionaries have, of course, been a valuable and enduring presence in the archdiocese at the Fatima Shrine in Holliston. And, in fact, we will be having an anniversary celebration for them next month, marking 75 years of their ministry in the U.S.

Last Saturday, I went to Pittsburgh to attend the solemn profession of three Capuchin friars of my province: Brothers Mike Herlihey, Luke Kim and Joe Morton. 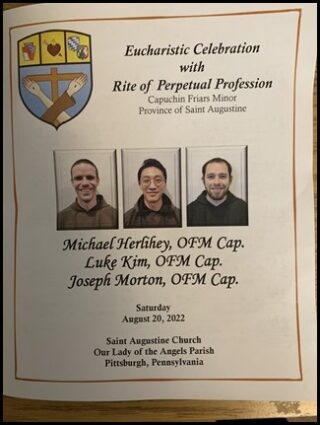 It was a very beautiful celebration with several hundred people in attendance, including many friars. 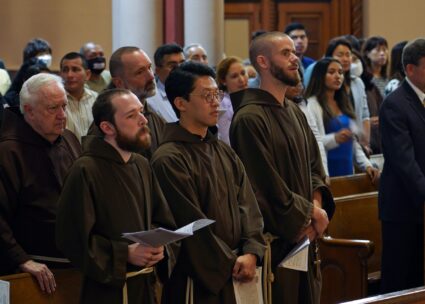 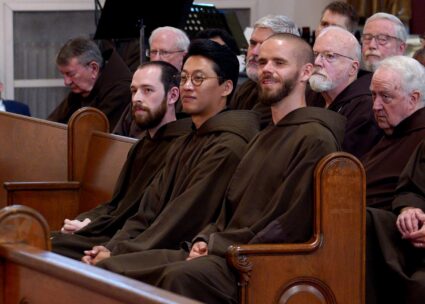 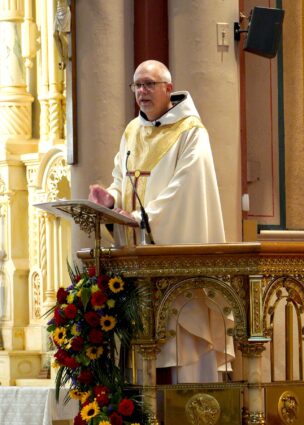 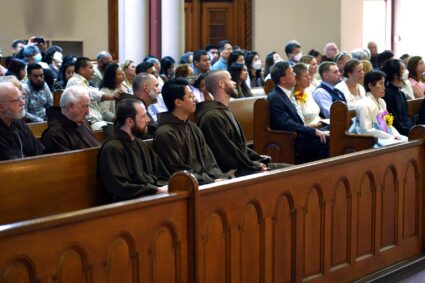 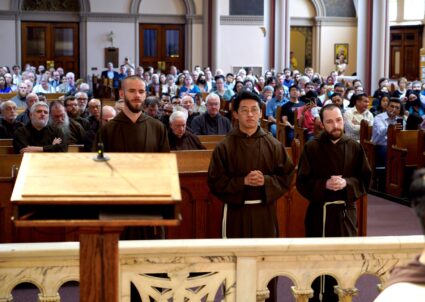 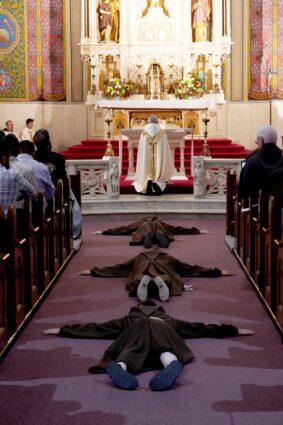 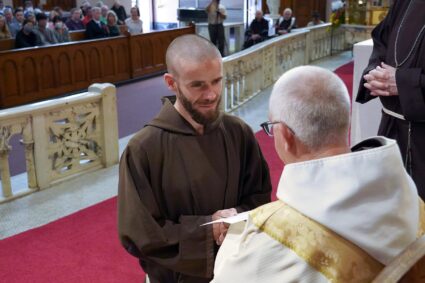 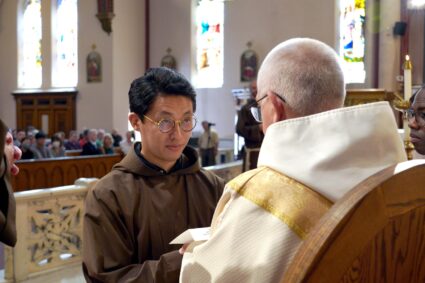 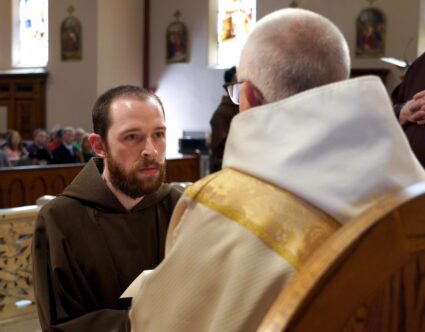 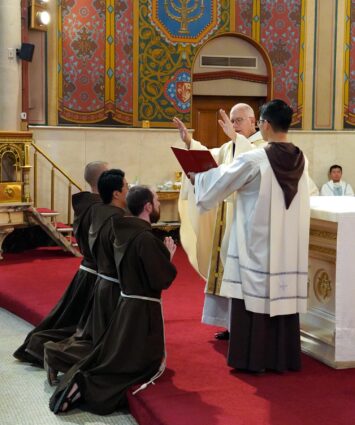 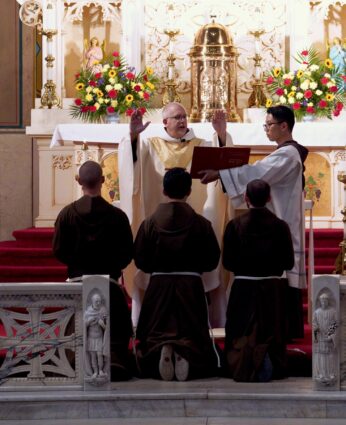 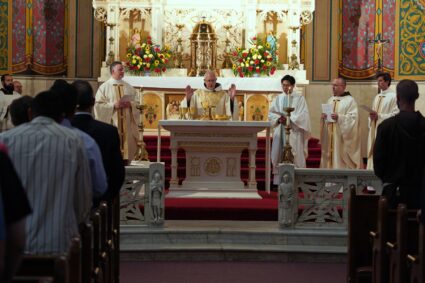 This year, we had two friars simply professed, and three solemnly professed. A profession is always an important event and an opportunity for all of us to spiritually renew our commitment to the life of being a Capuchin friar.

On Sunday, I went to the house of the Daughters of St. Paul in Jamaica Plain for a Mass to celebrate the anniversaries all the sisters had throughout the year. 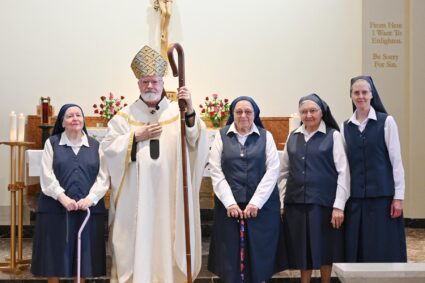 As I write this, I’m heading to Rome for the consistory that will be held on Saturday.

One of the new cardinals, Adalberto Martinez, was my parishioner in Washington, and I ordained him as a deacon and priest in the Virgin Islands. So, some of my old flock from Washington will be coming to Rome to be part of the celebration, and it will be wonderful to see a lot of old friends. 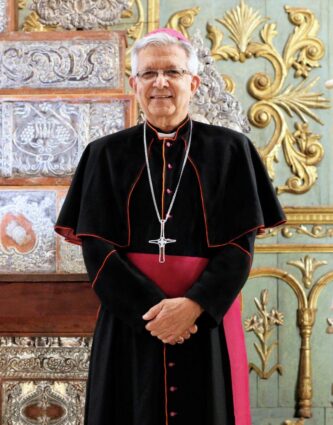 The Holy Father is also having a two-day meeting of the cardinals as part of the consistory, at which we will reflect on the document reforming the Roman Curia, Praedicate Evangelium. It will be the first time in quite a while that the College of Cardinals will gather in person, and I am very much looking forward to it.