The right to life

I was sent a number of photos in recent days of the Capuchin Pan-American gathering that I spoke about last week. 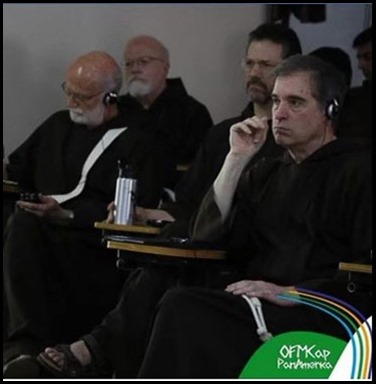 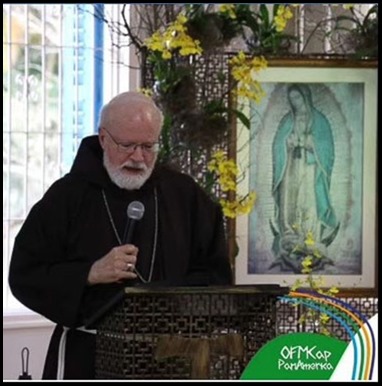 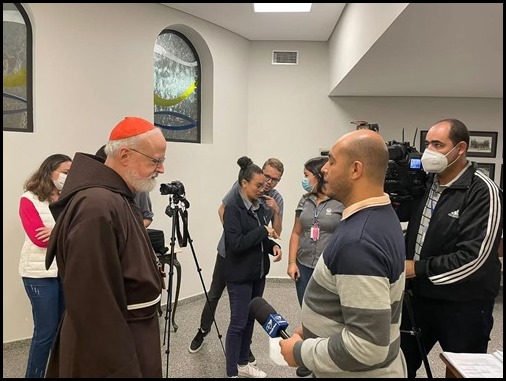 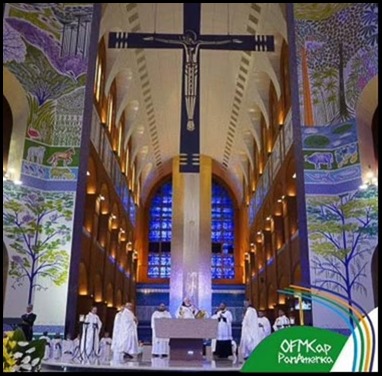 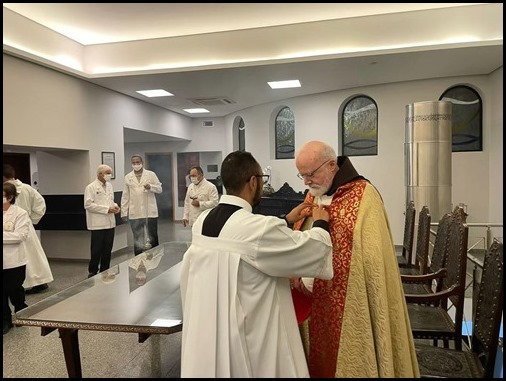 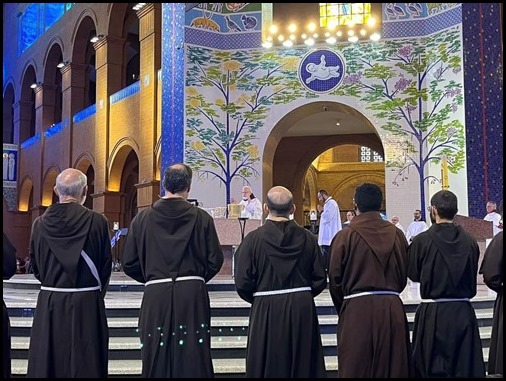 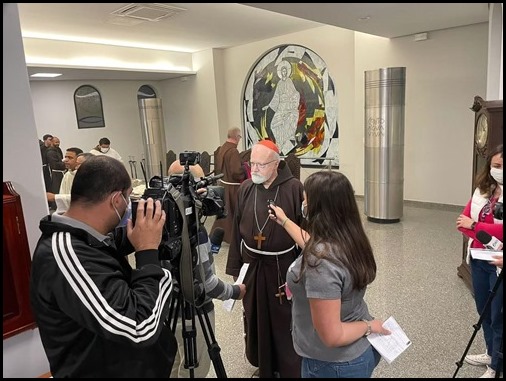 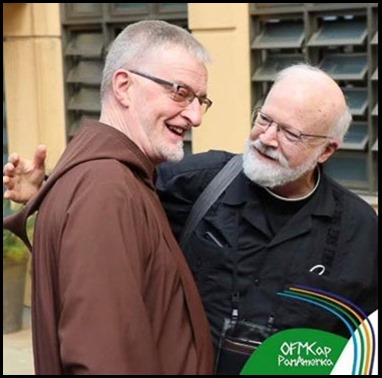 With our Father General 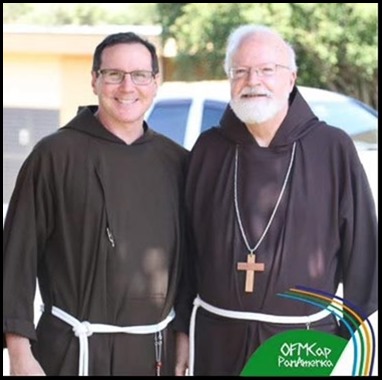 With Father Greco, the provincial of the New York province

This one shows our celebration of Capuchins from the Americas whose causes have been introduced for canonization. 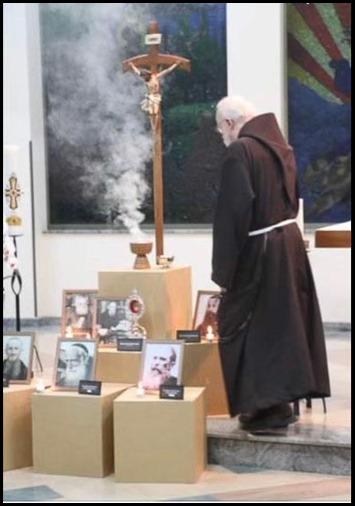 During that celebration, we were all invited to go up and speak about a Capuchin who worked in our jurisdiction and was remarkable for his virtue and goodness.

When my turn came, I spoke about Father Pio Gottin, who worked with the Cape Verdeans in Roxbury and throughout the area for many years. He was originally from Turin, Italy but was a missionary in Cape Verde for many years. Then, Cardinal Medeiros invited him to come to St. Patrick’s in Roxbury because the cardinal very much wanted to establish a ministry to the Cape Verdean community here in the archdiocese. He spent 60 years working among Cape Verdeans here and founded the Franciscan Sisters of the Immaculate Conception.

I remember that, after he died, someone gave a statue of Padre Pio of Pietrelcina to Father Waldron, and Father Waldron gave it to the friars because, he said, “I can’t put this in the church because all the parishioners will think it’s our Padre Pio!”

Following the conference in Brazil, I returned to Boston on Tuesday. Then, on Wednesday, was the Irish Bishops’ national conference, “Toward a Theology of Safeguarding.” Two of the organizers were Garrett Sheehan and Teresa Devlin. The Archbishop of Armagh Eamon Martin and a number of other bishops were with us as well. 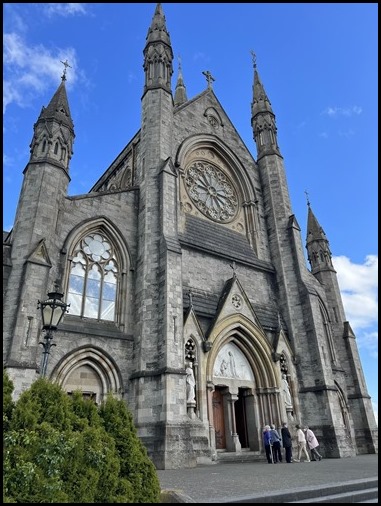 The opening Mass was held at St. Macartan’s Cathedral in Monaghan 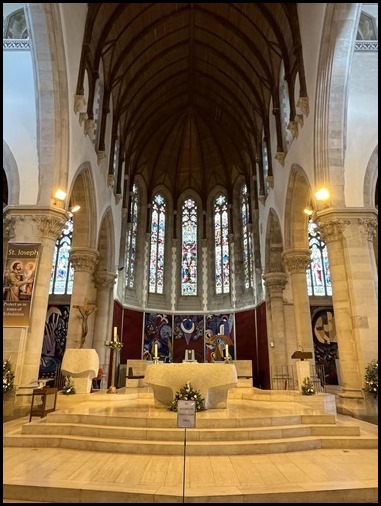 Father Andrew Small represented the Pontifical Commission for the Protection of Minors in person, and I delivered a keynote address to the conference virtually. 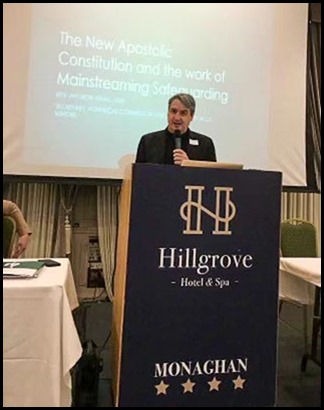 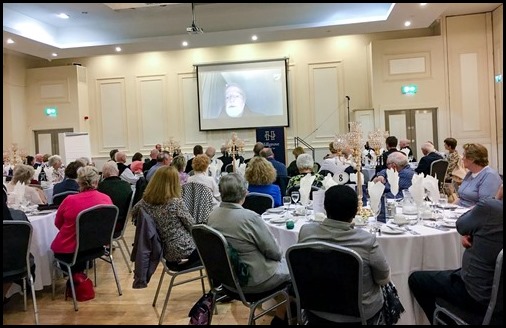 It was a chance for us to explain to them some of the responsibilities that the Holy Father will be giving the commission and also thank the people of the Church in Ireland for all they have done in promoting safeguarding.

In my remarks, I spoke about my experience as apostolic visitator in Dublin and the profound experience of the Liturgy of Lament and Repentance for the Sexual Abuse of Children by Priests and Religious at St. Mary’s Pro Cathedral.

Thursday, we had meetings of the Archdiocesan Finance Council and the Presbyteral Council. 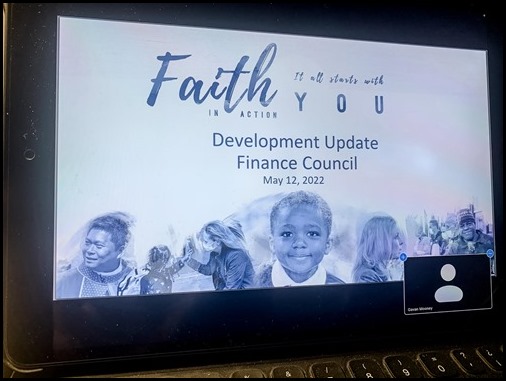 At the Presbyteral Council, we asked our Archdiocesan General Counsel Fran O’Connor and Father Bryan Hehir to speak about the ramifications of the recently leaked draft Supreme Court decision in the Dobbs case. 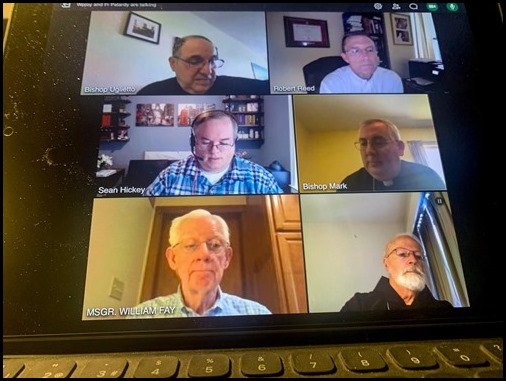 The leaked document, of course, is only a potential version of what the final decision may be. But, all the controversy that it has created is something we want to address because many extreme things are being said. Also, the fact that Catholic institutions have been targeted in some places is truly outrageous.

The Church has worked, prayed and advocated for 50 years for the overturning of this very flawed decision, in which an activist court legislated for the entire country rather than allowing the American people to have a vote on this issue. For us, this is not a question of Catholic doctrine that we want to impose on the country, but rather a matter of defense of innocent human life, which is the obligation of everyone — regardless of faith.

In response to this ongoing issue, I have prepared the following statement, which I would like to share with you:

The leak of Justice Alito’s draft opinion on abortion has brought many voices into a conflicted question now almost fifty years old. Throughout those years, from the Roe v. Wade decision until today, the Catholic Church has been part of the abortion debate in this country. Two characteristics have marked our position. First, while Catholic moral teaching has opposed abortion since the apostolic era, the case we have made to our religiously pluralistic nation is that abortion is fundamentally a human rights question. Such questions are argued in rational terms: the right in danger is the right to life. Its defense in the public arena can and should be articulated in ways which those of any faith or no faith can analyze and understand. We have tried to make that case and will continue to do so whatever the final decision of the Court will be. Second, the human rights argument means that human life must be protected before birth and after birth. A pro-life position does not end at birth; it must extend to a public vision which encompasses the common good of our society. The child whose life is protected by the moral and civil law deserves the support of a society which will provide the socio-economic conditions in which life can flourish.

A draft opinion will not settle our long national debate. As it goes forward, before and after the final decision is made, my hope is that all participants will respect the dignity of others; on a question as deep as the one we seek to decide this attitude is essential.

Finally, today is the Feast of Our Lady of Fatima, an important feast day for me and I know for many others. 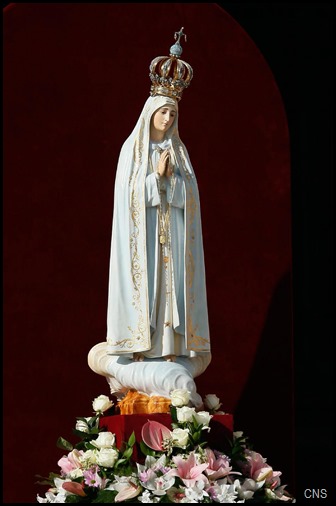 I would like to leave you with some words of the Holy Father, delivered in his homily at the shrine on the 100th anniversary of the apparitions, May 13, 2017:

“[There] appeared in heaven a woman clothed with the sun.”  So the seer of Patmos tells us in the Book of Revelation (12:1), adding that she was about to give birth to a son.  Then, in the Gospel, we hear Jesus say to his disciple, “Here is your mother” (Jn 19:27).  We have a Mother!  “So beautiful a Lady,” as the seers of Fatima said to one another as they returned home on that blessed day of 13 May a hundred years ago.  That evening, Jacinta could not restrain herself and told the secret to her mother: “Today I saw Our Lady.”  They had seen the Mother of Heaven.  Many others sought to share that vision, but… they did not see her.  The Virgin Mother did not come here so that we could see her.  We will have all eternity for that, provided, of course, that we go to heaven.

Our Lady foretold, and warned us about, a way of life that is godless and indeed profanes God in his creatures.  Such a life – frequently proposed and imposed – risks leading to hell.  Mary came to remind us that God’s light dwells within us and protects us, for, as we heard in the first reading, “the child [of the woman] was snatched away and taken to God” (Rev 12:5).  In Lucia’s account, the three chosen children found themselves surrounded by God’s light as it radiated from Our Lady.  She enveloped them in the mantle of Light that God had given her.  According to the belief and experience of many pilgrims, if not of all, Fatima is more than anything this mantle of Light that protects us, here as in almost no other place on earth.  We need but take refuge under the protection of the Virgin Mary and to ask her, as the Salve Regina teaches: “show unto us… Jesus.”