Each year, we hold confirmations at the cathedral for local university students. Though like many activities, we weren’t able to hold them during 2020 and 2021, it was good to be able to continue the tradition this year with our celebration on Sunday. 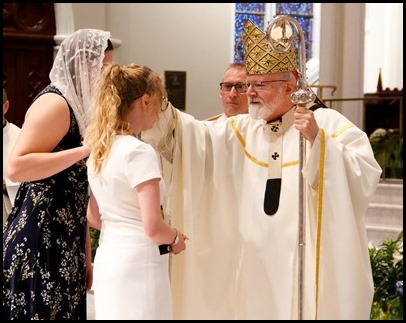 We had a very good group, and we were pleased that a number of their chaplains were able to be with us. It was a wonderful celebration, and it is always so encouraging to see these young adults take this important step in their faith life. 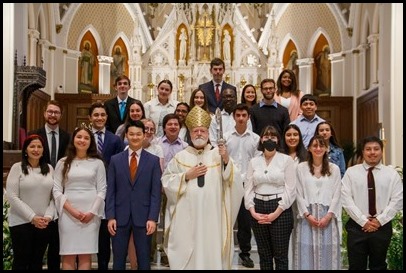 Later that day, I celebrated the baptism of Luke Tian, the child of my cousin Jenny Stevens Tian and her husband, Lee. 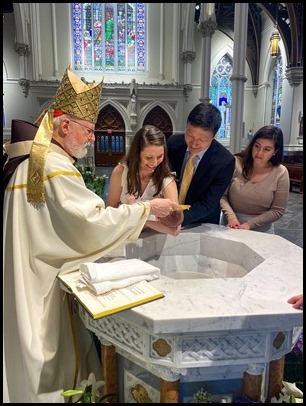 They are both physicians, so they decided to name the baby after St. Luke the Physician!

That evening I departed for Rome accompanied by Msgr. Kevin O’Leary. 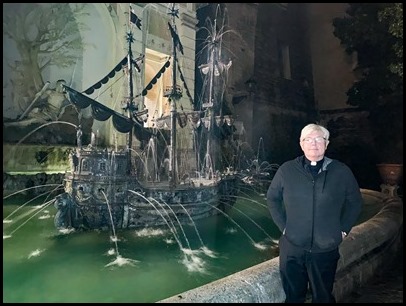 Msgr. O’Leary at one of my favorite fountains in the Vatican

We arrived on Divine Mercy Sunday, and our activities began in earnest on Monday. That day, we began our meeting of the Council of Cardinals, which ran through Wednesday.

In a special way, we discussed the situation in Ukraine, and the Holy Father told us about his initiatives to promote peace. We also heard a presentation by Franciscan Sister Laura Vicuña about the role of women in the Church and had a chance to dialogue with her. Then, we looked at other issues, including the upcoming climate change conference that will take place in November, and we reflected on how we can address those issues, particularly with respect to developing nations.

On Wednesday, we also had our meeting of The Papal Foundation.

That afternoon, I celebrated Mass for about 100 stewards of The Papal Foundation and their families. The plan had been that the Mass would be held in my newly renovated titular church, Santa Maria Della Vittoria. However, there were some problems with the ceiling. So, instead, we celebrated across the street at the Cistercian Church of San Bernardo. Cardinal Dolan, Cardinal Tobin and Bishop James Checchio of Metuchen, N.J. concelebrated with me and our transitional deacon in Rome, Joe Ferme, served as deacon for the Mass. 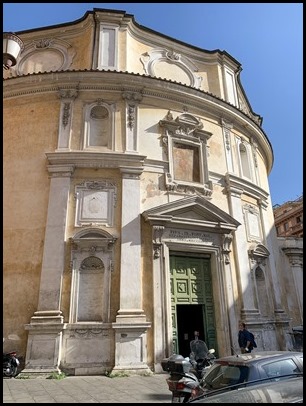 The church is round because it was built over the remains of one of the corner towers of the ancient Diocletian Baths. 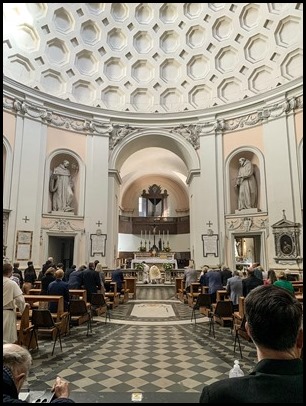 Though we were unable to celebrate the Mass in my titular church, the friars gave everyone a tour afterward. 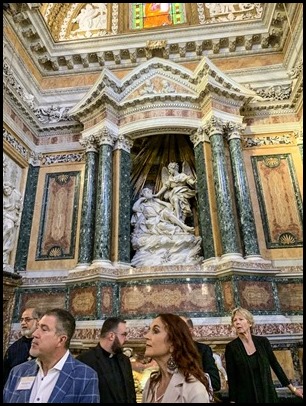 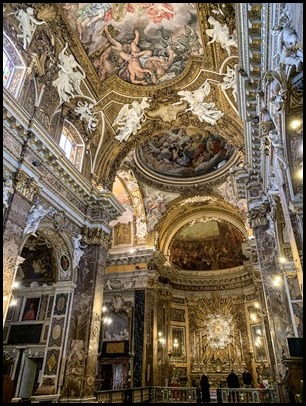 Thursday, the members of The Papal Foundation had an audience with the Holy Father. 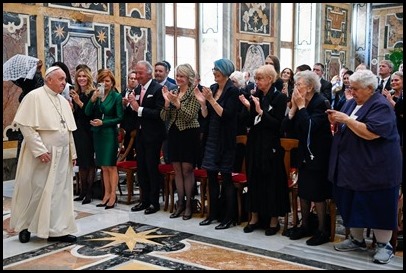 I began the audience with a short greeting to the Holy Father and an explanation of the foundation’s work. The Holy Father then addressed the members and afterward greeted each of them. 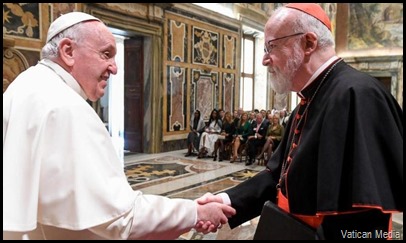 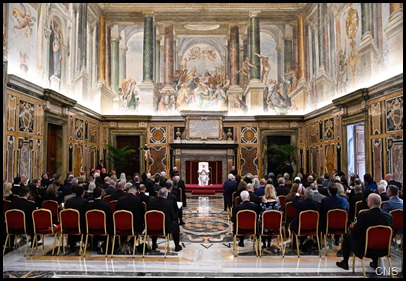 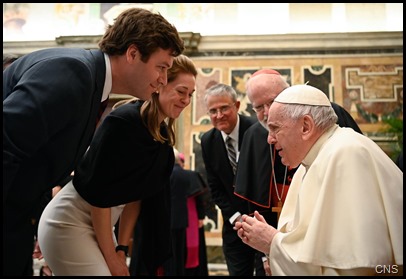 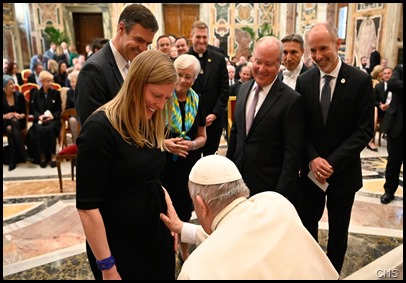 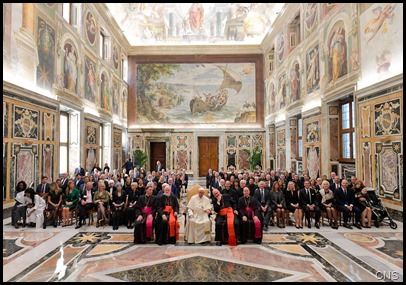 Among those present were Roma Downey and her husband Mark Burnett, who were celebrating their 15th wedding anniversary that day. Also with us as guests at the audience were some of the cast of the film being made about the life of St. Francesca Cabrini, Deacon Ferme, Father Marcos Enrique and Brother Tommy Piolata, a Capuchin from my province who is in Rome. 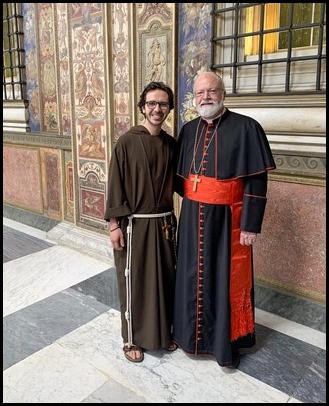 Finally, yesterday evening was the annual Rector’s Dinner at the Pontifical North American College. I was very pleased to be one of the honorees of the evening, along with a wonderful couple, Dennis and Lynne Jilot. 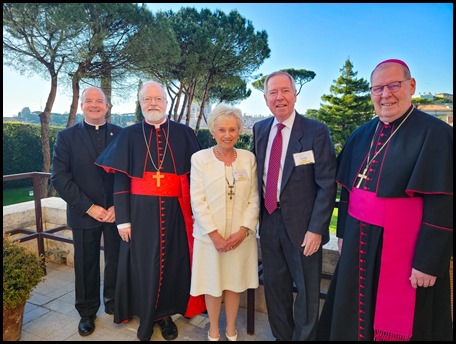 Unfortunately, the photos from the dinner aren’t yet available, but I’ll be sure to share them with you next week.