Throughout history there have been examples of nations waging war, without provocation, and causing immense suffering for innocent men, women, and children.  Countries are torn apart, citizens are displaced and become refugees in other countries and regions are destabilized.  Sadly, just this situation is playing out in Ukraine.  For Europe and the world community there is great anxiety at Russia’s attack on a peaceful and sovereign country.  There will be a great loss of life. People of good will are united in calling for an end to this war.

I was pleased to learn that the Holy Father visited the Russian Embassy in the Vatican to make a personal appeal for an end to the conflict. We join with the Pope’s call to make March 2nd, Ash Wednesday, a day of prayer and fasting. The Holy Father has said, “Every war leaves our world worse than it was before.  War is a failure of politics and of humanity, a shameful capitulation, a stinging defeat before the forces of evil.”

We will keep the people of Ukraine close to our hearts.  We pray to Our Lady Queen of Peace, to keep watch over our brothers and sisters in Ukraine.  We join in solidarity with Father Yaroslav Nalysnyk, Pastor of Christ the King Ukrainian Catholic Church in Boston, his parishioners, as well as people of all faiths, Catholic and non-Catholic in this prayer for peace and for the strength of the Ukrainian people in the face of this violent aggression. 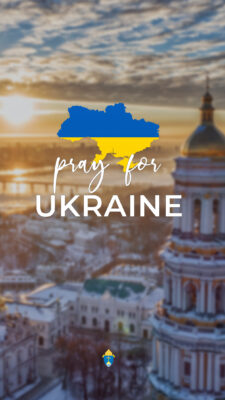 As I was flying back from Rome, I was watching the news on a television set and I took this picture of the different NATO countries’ flags, with the Ukrainian flag in front. I thought it was a nice image to share. 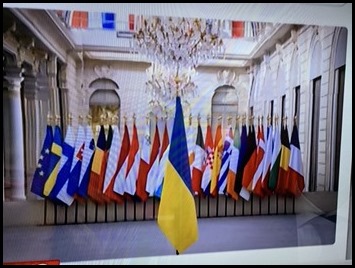 I just came across this message from Bishop Yaroslav Pririz of the Eparchy of Sambir-Drohobych to his priests. 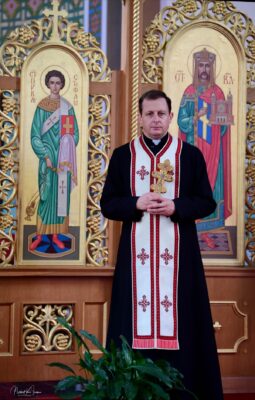 Bishop Pririz is a bishop of the Ukranian Greek Catholic Church, which is the largest Catholic rite after the latin rite in the Catholic Church. The message speaks of the severity of the situation and the witness to the faith the Church is called to give in troubled times like the one Ukraine is facing. You can read the message here.

– – –
We were very surprised to hear about the sudden death of Dr. Paul Farmer, a renowned expert in global health who was very involved in the fight against the Ebola outbreak in West Africa. 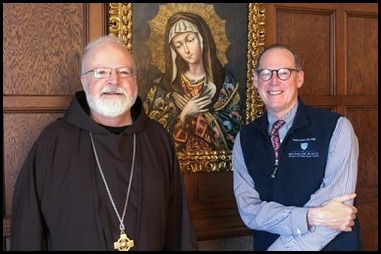 He came to see me around one year ago and we talked about his work and the pandemic. He was a man who had a great sense of social justice, and his Catholic faith motivated his service of the people throughout the world, especially in Haiti and in Rwanda. He will certainly be sorely missed, and we want to express our condolences to his family and his loved ones.
– – –
Saturday morning, I attended the New York Encounter, an annual gathering organized by Communion and Liberation. I met a number of bishops as well as people from Boston who were there. Father Michael Zimmerman attended with a group from Boston. 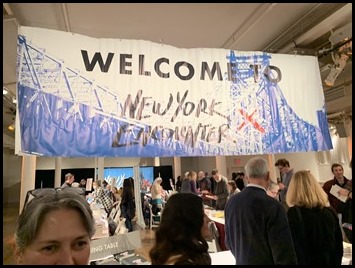 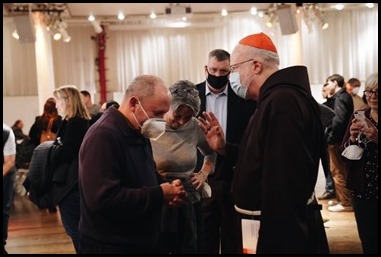 One of the exhibits there was about the life and works of Father Luigi Giussani, the founder of CL. They had a very good turnout, though perhaps not as many people in person as before the pandemic. But this time, since so many of the conferences are online, they really multiplied the number of participants in the New York Encounter, who were participating not just in New York but from around the world. 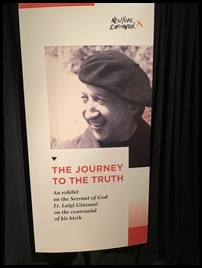 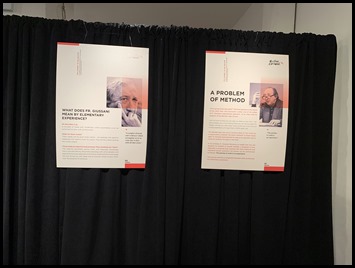 I’m so grateful to Olivetta Danese and all of those who work so hard every year to make the New York Encounter a reality. They gather so many young Catholics, university students and young adults, many of whose lives have been touched by the idealism and the beauty of the teachings of Father Giussani, and other Catholics who are there trying to learn about their faith and to be, as Pope Francis says, “missionary disciples.”

Later that day I travelled to the Vatican for a meeting of the Council of Cardinals with the Holy Father. 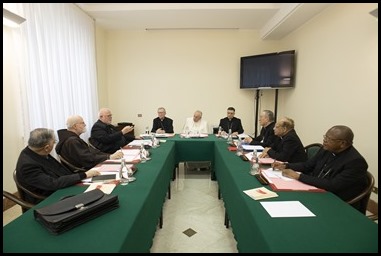 The meeting took place between Monday and Wednesday and we shared with each other the situation of the Church in our countries of origin. We discussed the concept of synodality as part of the Church’s identity and other topics related to the diplomatic service and the role of nuncios. During the meeting we also listened to a report by Sister Linda Pocher on the role of women in the Church. 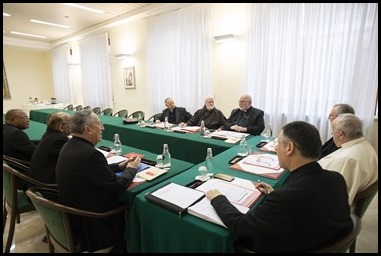 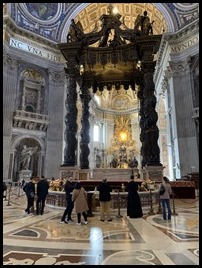 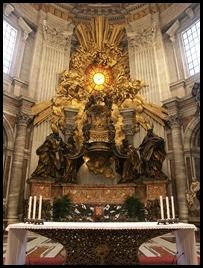 According to tradition, the chair in St. Peter’s Basilica above the altar was actually used by St. Peter. It’s very symbolic of the ministry and primacy of Peter, and the powers of the papacy.

There is also, of course, the famous statue of St. Peter that has been there for so many centuries. The statue’s foot has worn away from people touching it. On the feast of the Chair of St. Peter, they put the papal tiara and red vestments on it. 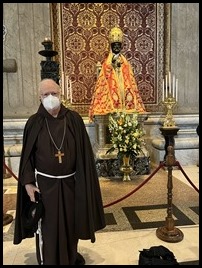 While in Rome, I met and had dinner with Deacon Joe Ferme, who is studying canon law at the Pontifical North American College. 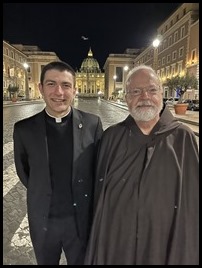 He told me that he made his canonical retreat at Solesmes, the Benedictine monastery in France that was so much involved in the development and the preservation of Gregorian chant and the liturgy.

I also spent some time with Cardinal Silvano Tomasi, the Holy Father’s representative to the Order of Malta. 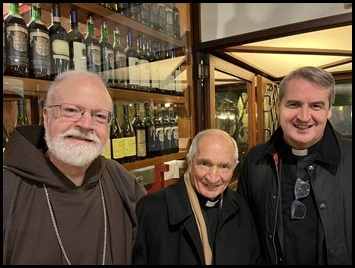 Years ago, when I was at the Centro Católico Hispano, he was the pastor of the Italian parish Holy Rosary in Washington, D.C. So we go way back. He later worked in the programs for immigration for the U.S. Bishops Conference, and later on was made the ambassador of the Holy See to Geneva. He was also nuncio to Ethiopia. He is now working on the restructuring of the Order of Malta’s statutes.

I also crossed paths with Archbishop Lazzaro You Heung-sik, Prefect of the Congregation for the Clergy. 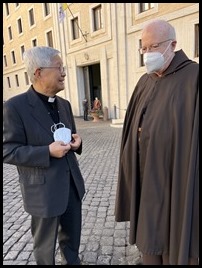 We talked about the good news that Bishop Adalberto Martinez Flores has been named the archbishop of Asuncion in Paraguay. Bishop Adalberto is a very close friend of mine, and also of Archbishop Lazzaro. They are both involved in the Focolare Movement.

Archbishop Lazzaro was telling me how happy he was to recently be able to be with Father Michael Nolan and our seminarians from St. John’s who visited Rome during their Christmas break.