Last Thursday, I traveled to Charleston, South Carolina, to attend Catholic Leadership Institute’s Philanthropy Conference. I gave them an address Thursday night and celebrated Mass on Friday morning for the group. It was very good to see CLI CEO Dan Cellucci and founder Tim Flanagan once again. 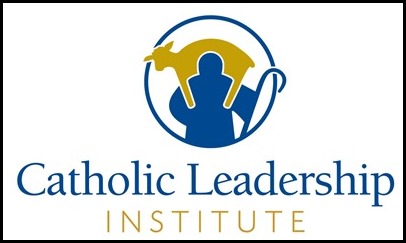 The hotel where they held the gathering had a very beautiful chapel because, apparently, Charleston is a very popular location for destination weddings — second only to Las Vegas. So, the chapel was made to look just like a church.

CLI, of course, has worked very closely with us on the implementation of our Pastoral Plan, Disciples in Mission. Their concept of bringing best practices to the Church for the administration of our parishes and dioceses has been very helpful. They have also been very successful at promoting effective evangelization. We are grateful for the leadership training that they have given to so many of our priests and the work that they do in training seminarians and providing ongoing formation for bishops. So, I was very happy to be a part of their gathering.

Friday, I returned from Charleston and, that afternoon, I met with the Ambassador of the Dominican Republic to Russia, Hans Donnenberg Castellanos, who came accompanied by the Dominican Ambassador to the Holy See, Cesar Feris Iglesias and his wife, Ingrid Paiewonsky de Feris.

I had met them during my visit to the Dominican Republic last month, and they brought me a beautiful image of the Virgin of la Merced. 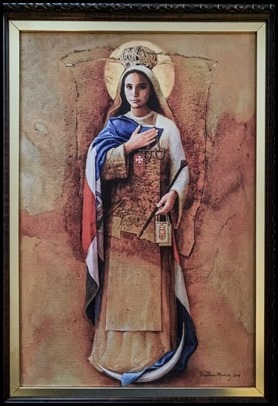 Saturday, I was very happy to go to St. John’s Seminary to celebrate the annual White Mass for Catholic physicians sponsored by The Guild of St. Luke. 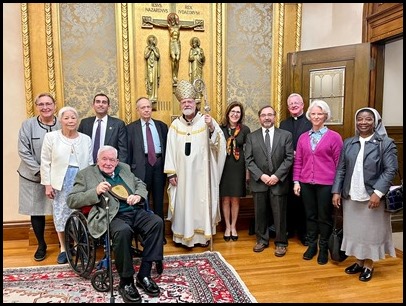 At the end of the Mass, we presented the Guild’s St. Martin de Porres Award to Dr. Francis Rockett and his late wife, Barbara, who passed away just a few months ago. 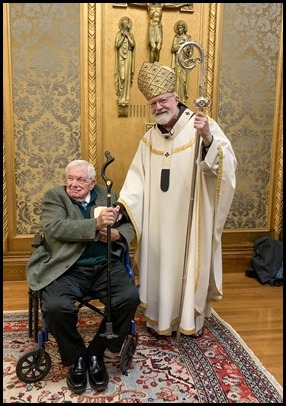 Both Frank and Barbara had incredibly accomplished medical careers. Each served as president of the Massachusetts Medical Society (in fact, Barbara was the first woman president of the society), and both received the society’s Lifetime Achievement Award. They were also members of the Order of the Holy Sepulchre and great advocates for pro-life causes.

However, perhaps their most impressive accomplishment is the wonderful family Frank and Barbara raised — five children and 15 grandchildren. We were so pleased that many of them could be with us for the Mass. 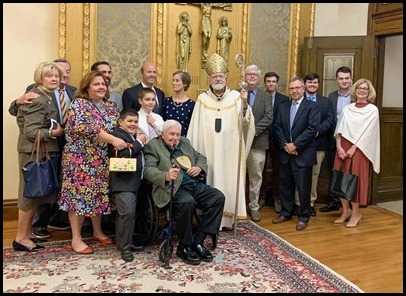 Sunday morning, we had the annual Red Mass for those in the legal professions, sponsored by our Catholic Lawyers Guild. The Red Mass is an ancient tradition that dates back to the Middle Ages when lawyers and judges in England and France would come together at the start of the new court term to seek the Holy Spirit’s guidance in their administration of justice. The Mass takes its name from the red vestments worn by celebrants for the Mass of the Holy Spirit as well as the scarlet robes worn by European judges at that time.

The Mass was held at the Seaport Chapel once again this year. 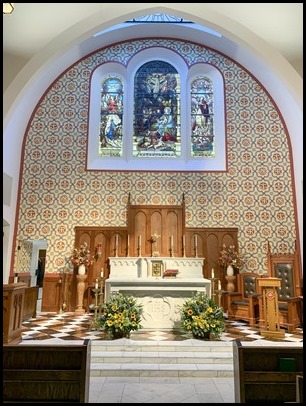 We were very happy to see that such a large number of lawmakers, lawyers, judges and law students were able to be with us, including Guild president Michael Gillis and vice president Maura Doyle.

Traditionally, the Red Mass is followed by a breakfast at which there is a keynote speaker and honorees. However, because of the pandemic, we were not able to hold that breakfast this year, but it was wonderful to gather with the Guild for the Red Mass.

That afternoon, we had our annual Fall Mass and Dinner for the Boston Area Order of Malta at Pope St. John XXIII National Seminary in Weston. 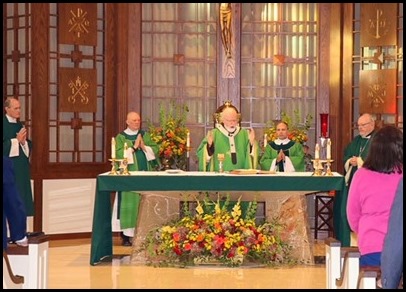 At the reception following the Mass, Ellen Shafer, chair of the Holy Family Hospital of Bethlehem Foundation, gave a presentation on the mission and work of the hospital.

The foundation works to support Holy Family Hospital in Bethlehem, a state-of-the-art women and infants hospital that is located near the birthplace of Christ and is a primary work of the Order of Malta. The foundation promotes Catholic values of preserving life and fostering peace by bringing essential medical care to families throughout the Holy Land. To date, over 75,000 infants have been born at Holy Family Hospital, and thousands more have been touched by its lifesaving care.

At the reception, they also honored former Area Chair Damien DeVasto and Karen Deane, who is a nurse.

Damien received The Bishop Fitzpatrick Award for his outstanding leadership during his two terms as Area Chair. 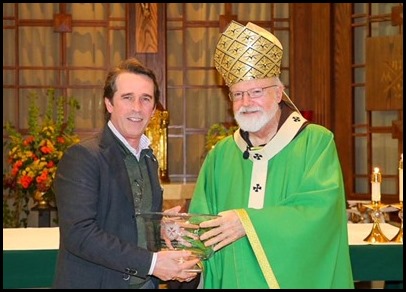 Under his leadership, the Boston Area Order of Malta grew its membership substantially and began a number of new initiatives and volunteer programs at places like the Cor Unum Meal Center, the Little Sisters of the Poor, Regina Cleri and prison ministry.

Karen received the Forgetful of Myself Award, which was well deserved. 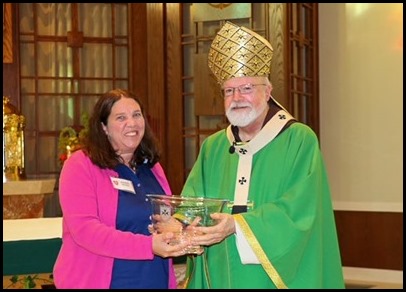 When she graduated nursing school in the 90s, she contacted the Kalighat Home for the Dying, established by Mother Teresa in Calcutta. She took her graduation money, bought a plane ticket and went to work there as a volunteer.

Later, she went to work at a leprosy hospital in Guayaquil, Ecuador and also volunteered at Por Cristo in Guayaquil, a local medical clinic based in Boston.

She then went to Bolivia and Peru to work at a home for abandoned handicapped children as a volunteer nurse.

This past year, she went to Florida in the midst of the pandemic to help her sister, who is also a nurse, to distribute COVID vaccine shots to residents in low-income communities, remote trailer parks, and others at the margins of society.

Then, this spring, she took in a pregnant woman and her family from North Carolina. They were at Children’s Hospital in Boston because her unborn child had a very serious condition but had no place to stay here and could not return home. So, she offered her home to them. The baby ended up spending six months in the NICU at Children’s Hospital and going through many surgeries but is now happy, healthy and back at home.

Karen’s story was absolutely inspiring. Her whole life has been involved in Works of Mercy and in service to others.

Wednesday, I had a Zoom meeting with the final group of Polish bishops making their ad limina visit to the Vatican. 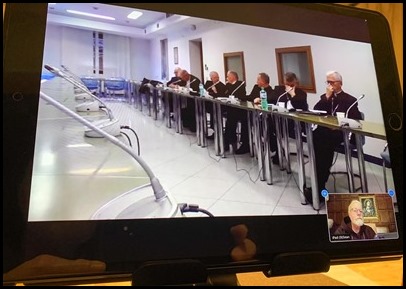 As I mentioned last week, the Pontifical Commission for the Protection of Minors is one of the dicasteries that bishops regularly meet with when they come to make their five-year reports about their dioceses. Our hope is that these visits will become a time to be able to help the different bishops’ conferences review how safeguarding practices are being implemented in their country.

I’m very grateful to Father Small and the wonderful people that we have working on our staff. They have been so helpful through this entire process.

Finally, Thursday, we had a meeting of the Papal Foundation. 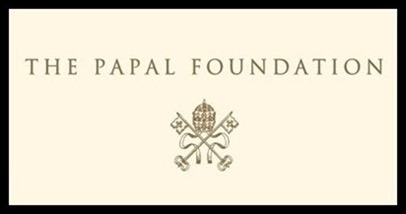 I am very grateful to the members of the foundation for all their efforts to support the Holy Father in carrying out works of mercy.