Celebrating the Rite of Election

Each year around this time, we like to hold a retreat for men who are discerning a vocation to the priesthood. Normally, we would hold the gathering with all the men together in a retreat house. However, because of COVID, this year, we decided to hold three smaller gatherings, each in a different parish — St. Mary’s in Dedham, St. Bridget’s in South Boston and Our Lady of Fatima in Sudbury.

On Saturday, I visited with the different groups in Dedham and Sudbury, and the group in South Boston came to be with me at the cathedral. 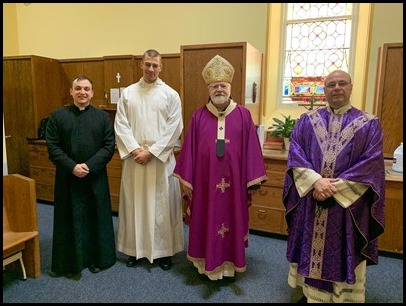 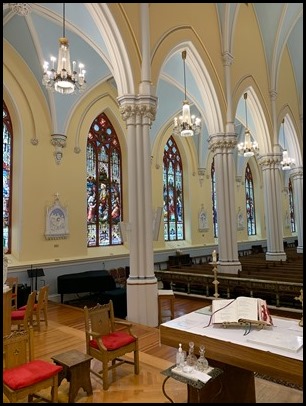 I gave each group a conference, and we had a time of conversation. We also celebrated Mass and prayed the Liturgy of the Hours together. There was also a team of seminarians who were working with our vocation directors, Father Eric Cadin and Father Michael Zimmerman, who spoke to the men, as well.

On Sunday, all the groups came together for the 11:30 Mass at the cathedral to conclude the retreats. 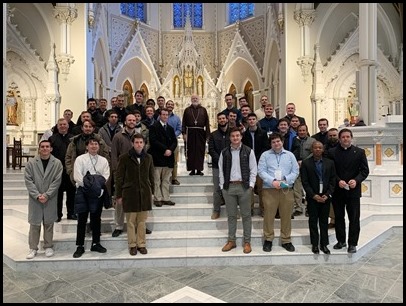 It was a very successful event, and I think a lot of the men are seriously considering a vocation and the possibility of entering St. John’s Seminary or Pope John XXIII National Seminary in the fall.

Sunday, I celebrated the Mass for the First Sunday of Lent on The CatholicTV Network.

On the First Sunday of Lent, in cathedrals all around the world, the local bishop gathers with those who are in catechumenal programs and preparing to enter into full communion with the Church at the Easter Vigil. Typically, the Cathedral of the Holy Cross is filled to capacity as the catechumens, candidates and parish religious education instructors gather for the Rite of Election and Call to Continuing Conversion.

This year, because of the pandemic, it was not possible to do that, but we still wanted those preparing for baptism and reception into the faith to have a sense of joining, not just their local parish community, but the larger reality of the Church. So, we had a virtual ceremony in which the catechumens and candidates were actually in their parishes where their names were called, and the rest of the ceremony was conducted by me in the cathedral. 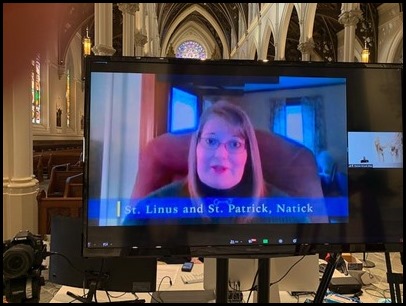 In this photo, Father Paul O’Brien is calling out the names of the catechumens and candidates from his parish, St. Patrick’s in Lawrence, which is our with the most number of people preparing for reception into the Church this year. 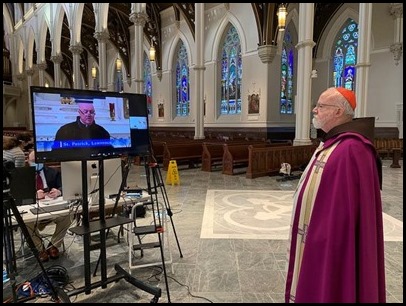 We are so grateful to Father Paul Soper, Michael Lavigne, Patrick Krisak and Ann Gennaro for their many efforts to organize this opportunity to virtually bring to the cathedral those who will be received into the Church and full reception of the Sacraments at Easter.   We are also grateful to Cathedral Music Director Richard Clark and Barbara Hill, who provided beautiful music for the event.

We look forward to once again welcoming the groups to the cathedral next year.

Tuesday, I took part in an online colloquium sponsored by the Spanish Catholic media organization Vida Nueva, which was related to the launch of two books that I published in Portuguese a couple of years ago and are now being released in Spain.

The director of Vida Nueva, José Beltran, was the moderator of a conversation between myself, the Archbishop Emeritus of Seville, Cardinal Carlos Amigo, and Sister Gloria Liliana Franco. Sister Gloria is the president of CLAR, The Latin American and Caribbean Confederation of Religious, and someone whom I met at the Synod on the Amazon.

The theme of the conference was “¿Vacunados contra la indiferencia?” (“Vaccinated against indifference?”), and we discussed the themes of the book as well as the situation of the world and the Church during the pandemic. 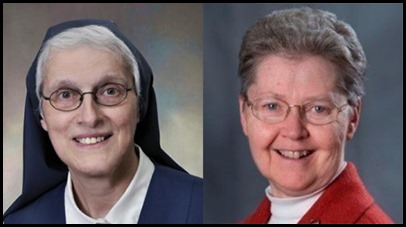 Sister Germana spoke about the situation of religious life in the archdiocese, and Sister Pat spoke about our Pastoral Planning initiative. Mother Sofia gave a sort of “keynote” for the gathering — a reflection on the faith journey of religious life. She drew from the story of Abraham and the sacrifice of Isaac, saying that, in religious life, there are many moments we are called to sacrifice Isaac. It was a very powerful reflection. Then, I shared some reflections with the sisters, and we had a time of dialogue. 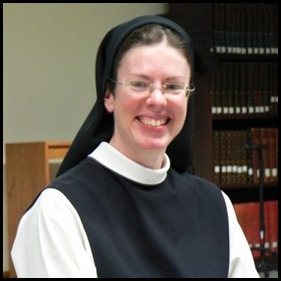 It was a wonderful opportunity to be able to connect with the sisters, particularly because we know that some of the communities have lost many members during this past year due to COVID and other causes. We are very grateful to Sister Germana for all the work she does, particularly for arranging this encounter with the religious communities.

Wednesday evening, I was very happy to be joined for dinner by Greek Orthodox Metropolitan Methodios and Father Ted Barbas who, in addition to his duties at the Metropolis, is also the acting pastor at St. John the Baptist Greek Orthodox Church, which is our neighbor here on Union Park Street in the South End. 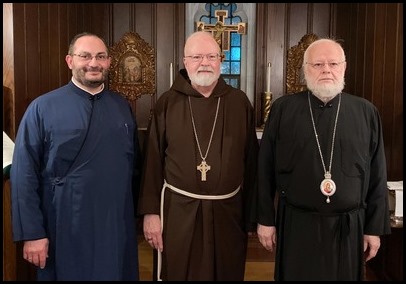 It was wonderful to be able to see Metropolitan Methodios again and spend some time with him.