The right to life

Sunday, I went to South Boston to celebrate the dedication of St. Monica’s Community Hall to Ed and Jean Shiflett. Unfortunately, Ed was in the hospital and was unable to be there, but we unveiled the plaque with Jean and the pastor, Father Peter DeFazio. I gave them rosaries from the Holy Father. 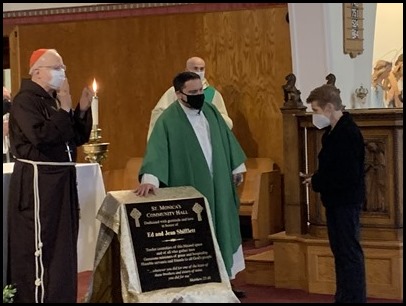 Jean and her husband have been volunteers in the parish for over 50 years, particularly working with outreach to those in need. They have worked very hard in the distribution of food and the many other wonderful programs that are carried out at St. Monica’s. 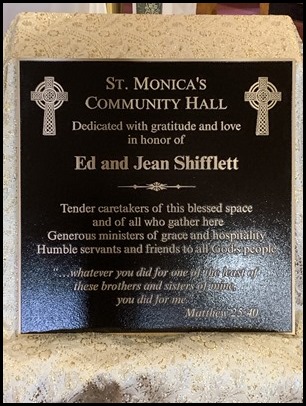 Monday was the funeral of my friend Bishop Bill Fey who, as I mentioned last week, died recently of the coronavirus.

It took place at St. Augustine’s Church in Pittsburgh at the end of the Week of Prayer for Christian Unity. The timing seemed very appropriate because he was always very concerned with ecumenism, particularly in Papua New Guinea. 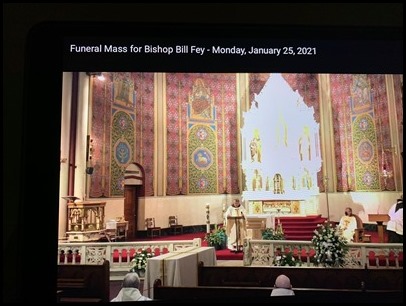 He had an extraordinary education and put that to great use teaching in our seminaries. He taught in Africa and then spent many years at the seminary in Papua New Guinea. He wrote his doctoral thesis at Oxford on Cardinal John Henry Newman. Very fittingly, they used a prayer from Cardinal Newman for his prayer card:

Oh My God, you have created me do some definite service. You have committed some work to me that you have not committed to another. I have my mission; I am a link in a chain, a bond of connection between persons. I will trust you, whatever, wherever I am. If I am in sickness, my sickness may serve you. If I am in perplexity, my perplexity may serve you.

“Oh My God, you have created me to do some definite service.” That’s a very beautiful sentiment to reflect on, particularly at the end of someone’s life.

The Mass was live-streamed, so people back in Kimbe, Papua New Guinea were able to see it, and they had their own celebration there. Father Provincial Tom Betz was the celebrant of the Mass, and Father Tom Weinandy preached the homily.

Father Weinandy was a good friend of Bishop Bill, and the two had studied in England at the same time. At one point, we had three friars studying in England — Father Bill and Father Morris at Oxford and Father Tom in London. Father Tom said that when Father Bill and Father Morris came down from Oxford for a visit and they would go out, Father Morris would always take his umbrella with him. Being in England, where it can rain at any time, that was certainly the pragmatic choice. But, he said, Father Bill would always bring his sunglasses. It was truly the gesture of a great optimist, and that was the kind of outlook on life Bishop Bill had. He was a true missionary and was just an extraordinary friar and priest. He will be sorely missed, but I was very happy to be able to participate, at least virtually, in his funeral Mass.

Another fine person we lost this week to COVID is Fred Kalisz, who passed away on Wednesday, quite suddenly after contracting the coronavirus. 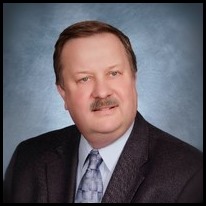 Fred was the Mayor of New Bedford when I was Bishop of Fall River. He went on to head the Parents Alliance for Catholic Education (PACE), which advocates for Catholic schools and collaborates with the Massachusetts Catholic Conference. He was a devoted husband and father and a very devout Catholic who attended Our Lady of Perpetual Help, the Polish parish in New Bedford.

We pray for his eternal repose.

We were happy to learn this week that the Holy Father has appointed Father Andres Garcia to the very important and prestigious position as a member of the Pontifical Biblical Commission, which is part of the Congregation for the Doctrine of the Faith. He had studied at Harvard and worked at St. Mary’s in Waltham. I last saw him when I visited his parish back in Spain last February on Candlemas Day. 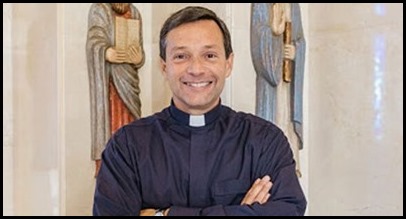 We congratulate Father Andres on this great honor!

Tuesday, I was happy to join our Delegate for Religious, Sister Germana Santos, for a virtual meeting with young adults from around the archdiocese sponsored by our Vocations Office.

They asked me to give a talk, so I spoke to them about Pope Francis and his ministry. After the talk, we had a very engaging period of questions and answers and dialogue. Since it was a virtual event, the young people joined us from all over. In fact, one young woman was in Spain. It was 2 o’clock in the morning there, so I said to her, “Oh, you must’ve just gotten up from dinner!”

This week, we witnessed a very important moment for the nation of Honduras, when the congress there voted to incorporate the defense of life more firmly into their national constitutions. This required two votes of the legislature with at least a two-thirds majority. Thursday was the second vote, and it passed. It was truly a great joy. 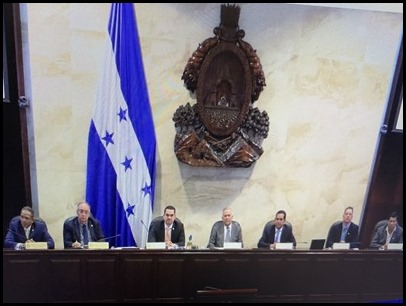 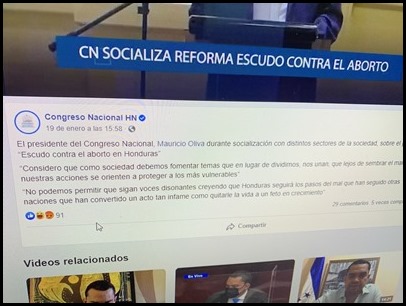 In many ways, I see the roots of this moment going back to 1984, when there was an attempt in Honduras to legalize abortion. Just prior to that, I had met Dr. Bernard Nathanson, who had recently published his book “Aborting America.” At that time, I was still in Washington as director of the Spanish Catholic Center, and I invited him to give a talk at The Catholic University of America for Black and Hispanic Catholic leaders because minority groups are so often overrepresented in the numbers of abortions. He gave a very powerful talk, telling his story about how he went from being one of the founding members of NARAL and running a clinic in New York City where he performed over 75,000 abortions to deeply opposing abortion.

In 1984, I had just been installed as the Bishop in St. Thomas and friends of mine who had accompanied me to the March for life, Leonardo Casco and his wife Marta Lorena, called me to let me know there was a move to legalize abortion in their home country of Honduras. 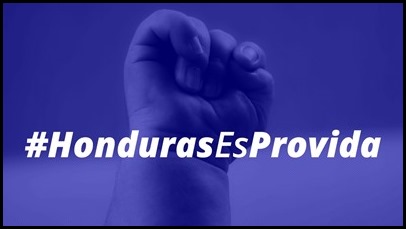 They told me the new law would go into effect in a couple of months, and I told them we needed to do whatever we could to stop it. So, I contacted Bernard Nathanson for help. He said he had just finished his film “The Silent Scream” and that it was being translated into Spanish. So, he accompanied me to Honduras, and we presented the film on national television. Dr. Nathanson also addressed the national medical school and the members of congress. When the people of Honduras were presented with the reality of abortion, the laws were changed. 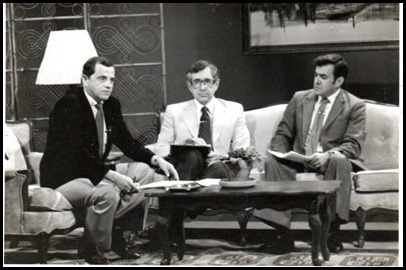 During that visit to Honduras, Marta Lorena gave Dr. Nathanson a small cross. Many years later, when I met him again in Venezuela, he reached into his pocket and took out that cross.

Dr. Nathanson eventually became Catholic and was received into the Church by Cardinal O’Connor at St. Patrick’s Cathedral in New York in 1996. When he was asked why he became a Catholic, he replied, “because no religion matches the special role for forgiveness that is afforded by the Catholic Church.”

Leonardo and Marta Lorena went on to start a pro-life office in Honduras, and Marta later ran for congress, becoming a pro-life member of the legislature.

So, it’s very exciting to see, all these decades later, that not only has the right to life been preserved, but it has now also been more firmly embedded in the constitution of the country. 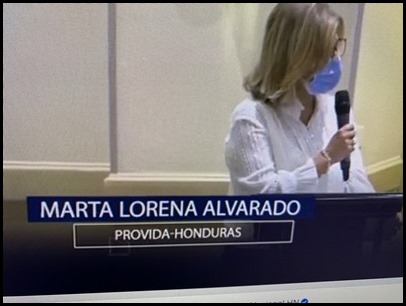 I think that, as we commemorate the anniversary of Roe vs. Wade in our own country, this kind of event can be a source of great encouragement.

Finally, this coming week is Catholic Schools Week, and I would like to share with you this message I prepared to thank our Catholic school faculties and staffs for their faithful service through this difficult time.