Last Saturday, I was visited by Brother Ignatius CFR, who is preparing a history on Father Benedict Groeschel and the foundation of the Franciscan Friars of the Renewal. I am so pleased that they are going to document some of his feats and the history of their community. 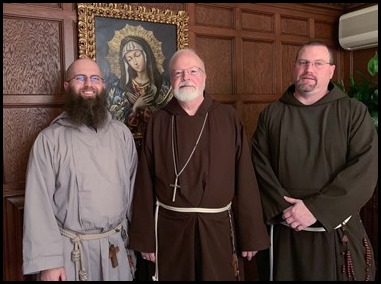 He came accompanied by Brother Jim Peterson to interview me, and I was very happy to share my many wonderful memories of Father Benedict. He was a larger-than-life personality in the history of our Church and was certainly a great preacher and a charismatic leader.

Sunday, I went to Most Holy Redeemer Parish in East Boston to celebrate a Mass for their 175th anniversary. 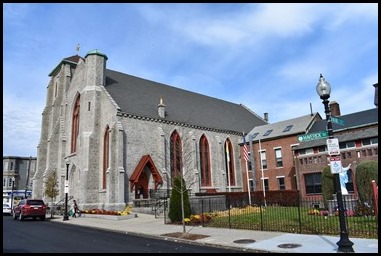 The church was packed – both upper and lower churches — and they had screens set up in the basement for those who are unable to fit in the upper church. 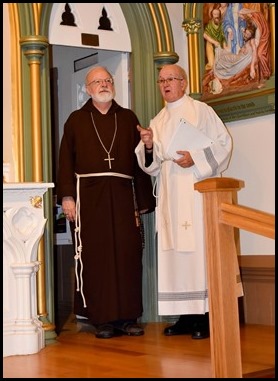 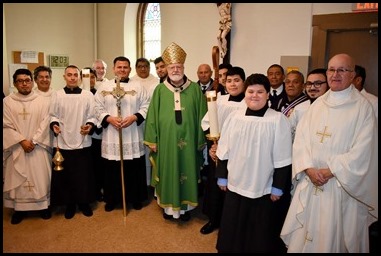 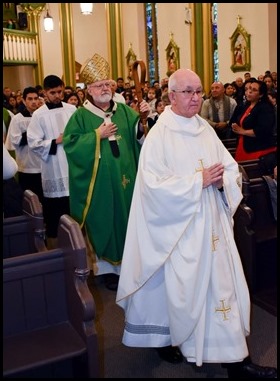 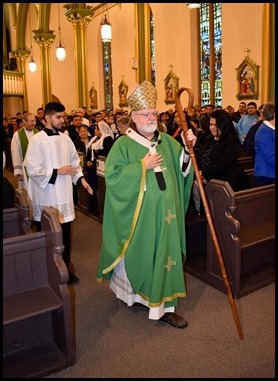 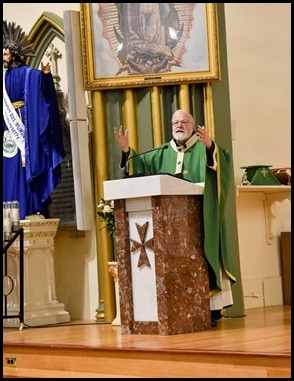 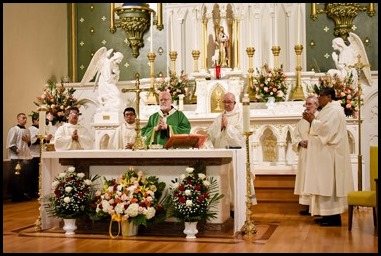 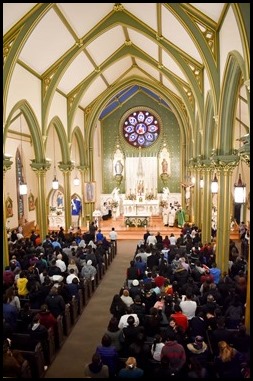 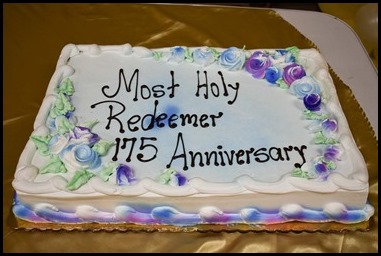 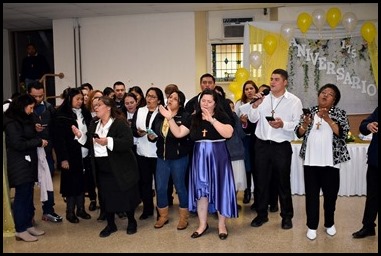 It was wonderful to see that the renovation work to the church is finished, both inside and out. The Baker company was very active in performing those renovations. 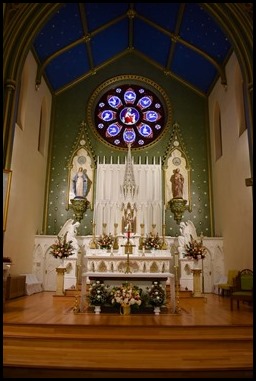 Most Holy Redeemer is one of the oldest churches in the archdiocese and is the mother church of the East Boston neighborhood. It was designed by the renowned architect Patrick Keely, who was also the architect of the Cathedral of the Holy Cross.

So many of our churches have been brought down by the inability to maintain their structures and by deferred maintenance. But Father Tom Domurat, much like Father Nick Sannella of Immaculate Conception Parish in Lowell, has done an extraordinary job of restoring a historic church that is part of the priceless spiritual patrimony of the archdiocese. 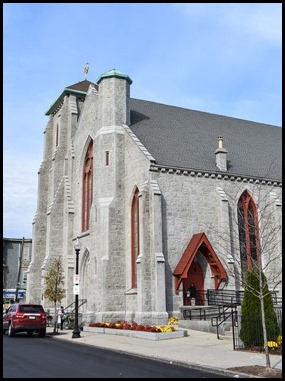 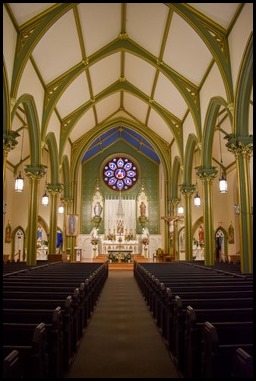 The church is just stunningly beautiful. Of course, it harkens back to the time when very poor immigrants built the church 175 years ago, and now it is working-class immigrants from other countries who have raised millions of dollars to restore and preserve that church for future generations. We are so grateful to Father Tom and to all of his parishioners for the extraordinary job that they have done.

Monday, I departed for Baltimore to attend the annual fall meeting of the U.S. Conference of Catholic Bishops. 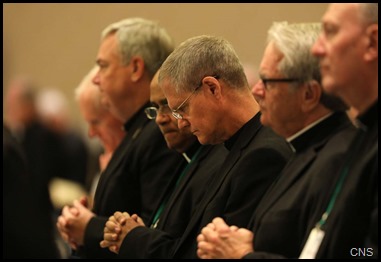 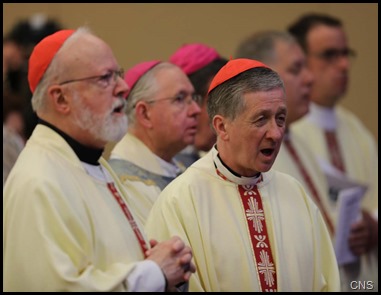 We are very pleased that Archbishop José Gomez of Los Angeles has been elected our president. It is the first time that a Hispanic Bishop has occupied that post, and I think that his being an immigrant and a great champion of immigrant rights is an important symbol. 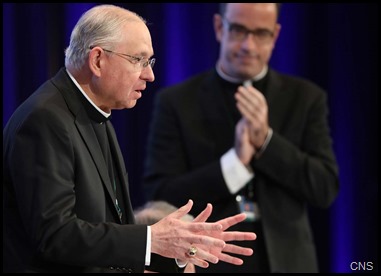 During our meeting, we heard a number of reports that I thought were enlightening, and hopefully encouraging, to our Catholics who were watching.

I want to point particularly to the report by Bishop Gregory Mansur on Catholic Relief Services and the extraordinary work that they are doing as a relief organization all over the world, particularly in places where there have been natural disasters. 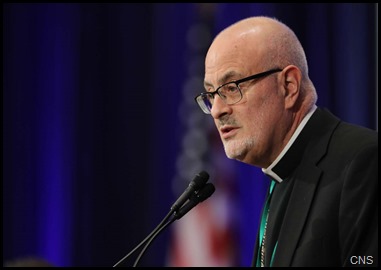 There was also a wonderful report by Sister Donna Markham on the work of Catholic Charities USA. 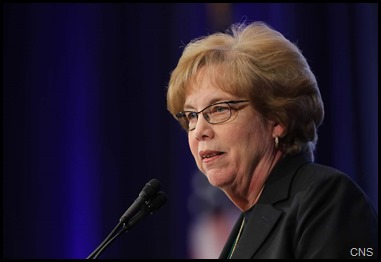 In her talk, Sister Donna highlighted the project that they are advancing to create safe housing for homeless people. They are doing this in conjunction with local Catholic Charities offices, Catholic hospitals and Catholic social service agencies. A very important aspect of the program is that it aims to save health care resources. Those who are homeless are often forced to seek care in an emergency room whenever they are ill or injured because they have nowhere else to turn. By providing them with a safe, stable environment and support services, they are able to avoid these repeat ER visits, saving many tens of thousands of dollars per year.

We also heard a report on the work of CLINIC, the Catholic Legal Immigration Network. CLINIC is the organization of the bishops’ conference that works with immigrants and refugees. Executive director Anna Gallagher told us about the group’s efforts to aid  asylum-seekers on the U.S.-Mexico border. 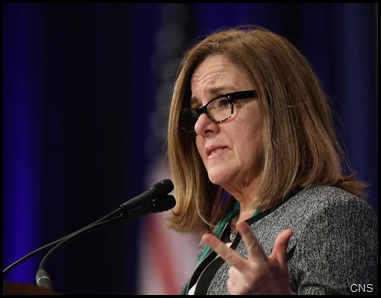 We also heard a session on evangelization to the “unaffiliated” or the “nones,” those who no longer identify themselves as members of the Catholic Church, by Bishop Robert Barron.  There was also a report on the V Encuentro and the follow-up pastoral plan that they are working on, as well as a report on the U.S. bishops’ Letter on Racism.  For my part, I was invited to speak to the bishops, along with Bishop McElroy, on the Synod for the Amazon. So, as you can see, there was quite a variety of topics that we covered.