This was a sad week for the Archdiocese of Boston, as we saw the passing of two of our former auxiliary bishops.

Bishop Richard Lennon, who retired as Bishop of Cleveland in 2016, died on Tuesday. 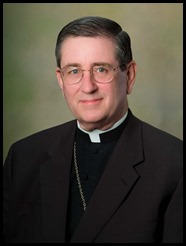 Most members of the public in Boston will likely know Bishop Lennon for his relatively brief period of service as Apostolic Administrator from the end of 2002 until my arrival in 2003, but his service in the archdiocese went far beyond that. In addition to his years in parish ministry, Bishop Lennon served in the Office of Canonical Affairs, as West Region Bishop, the rector of St. John’s Seminary and as Vicar General. He was well known for his assiduous work ethic and his great love for the Church and the People of God.

Then, just the next day, we lost Bishop Frank Irwin. 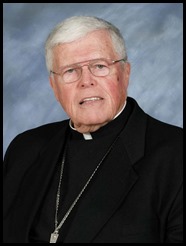 Bishop Irwin was North Region Bishop for many years and before that spent about two decades promoting the Works of Mercy of the archdiocese through his leadership of Catholic Charities and as Secretary of Social Services. Bishop Irwin will be greatly missed, particularly for his great sense of humor and his outlook on life. He always brought so much joy to every situation he was involved in.

May they both be at peace in the presence of the Lord.

The Synod on the Amazon concluded last weekend and, on Saturday, I was very happy to have a chance to meet Tom Stang, the brother of Sister Dorothy Stang, SND. He was in Rome to attend the closing of the synod. 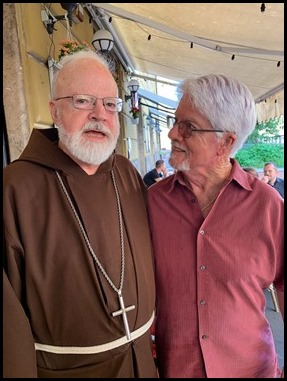 Sister Dorothy, of course, was murdered in Brazil in 2005 for her defense of the poor in the Amazon Region. I was gratified to be able to meet him and speak to him about his sister’s life and work.

I was also pleased to be able to meet with Cardinal Peter Turkson on the last day of the synod. I have known Cardinal Turkson since he was a young priest and would come to help us in the Virgin Islands. 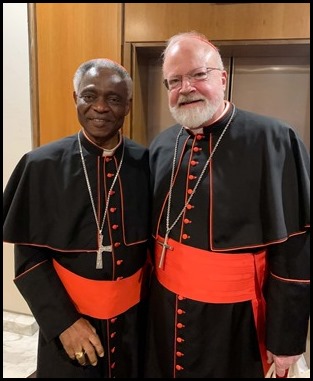 He is from Ghana, and when he was studying in Rome he would come to the islands in the summertime to fill in for our priests who were on vacation. He is a Scripture scholar and was very zealous, so he would not only say the Masses (which was all I asked him to do) but do many other things, such as visit the sick and give Scripture lessons to the deacons and at the parishes. Because of this, he was very well known and beloved amongst the people there. So, when he returned to Cape Coast and was made archbishop, we were all very pleased, and now he is Cardinal Prefect of Dicastery for Integral Human Development.

I also met up with Jim Walsh from the Campaign for Catholic Schools and his wife, Diane, who were in Rome on an anniversary trip. Their daughter Meaghan is studying in Ireland, so she accompanied them to Rome, as well. 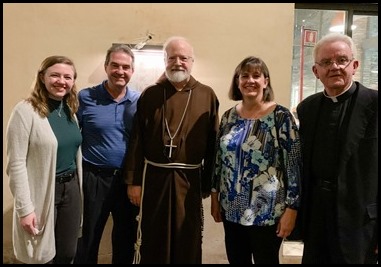 I was very happy to have the Walshes join me for dinner, along with Msgr. Paul McInerny, who is teaching Canon law at the Beda College and is a canon at the Basilica of St. Mary Major.

Before I left Rome, I had an opportunity to visit the Church of the Gesù. They have been doing renovations there, and it turned out very beautifully. I always like to visit that church and pray at the tomb of St. Ignatius and before the relics of St. Francis Xavier. 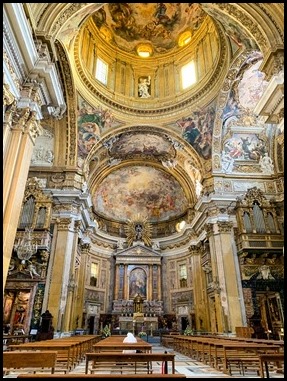 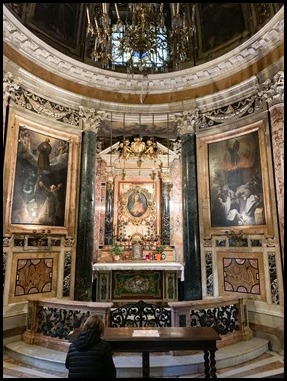 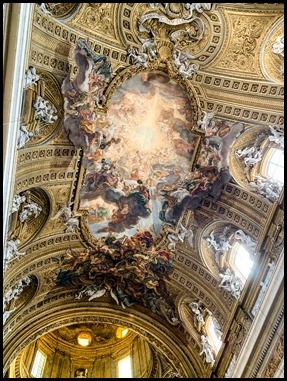 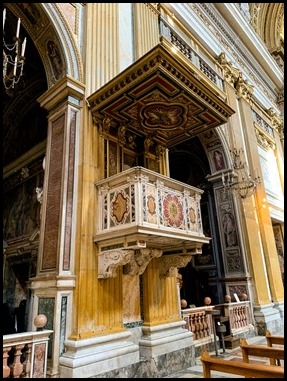 On Monday, we had a meeting of the Papal Foundation. 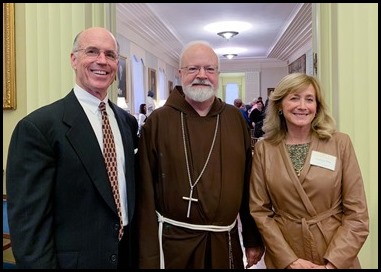 With Papal Foundation president Eustace Mita and his wife, Suzanne

The Papal Foundation supports many of the missions of the Church in the developing world. So, I am very happy to work with them.

Wednesday, I attended a gathering at the home of Leo and Joanne Vercallone in Duxbury. There were about four dozen people there, and it was an opportunity for us to speak about the work of our Catholic schools, Catholic Charities and the social ministries of the Church. I addressed the gathering, and we also heard from MC Sullivan about our pro-life activities in our ministries to the sick and the dying in the archdiocese.

It was the day before Halloween and, as you can see, Leo was dressed in the spirit of the season. 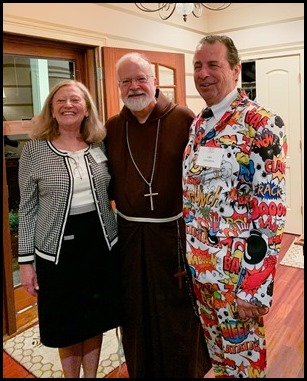 Leo said that he knew that he and I would be the only two in costume, but I told him that he won the first prize — hands down! He told us that he had gotten it at the mall the day before Halloween one year on clearance, and I told him “I am glad you didn’t spend too much money on it!”

It was all good fun, and we are very grateful to the Vercallones for hosting a wonderful evening.

Thursday, we were very happy to be joined by the consecrated virgins of the archdiocese for our noon Mass at the Pastoral Center. 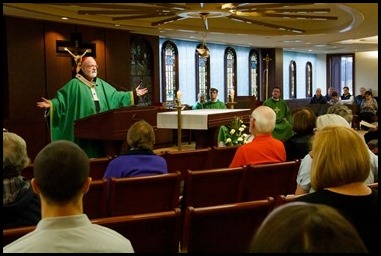 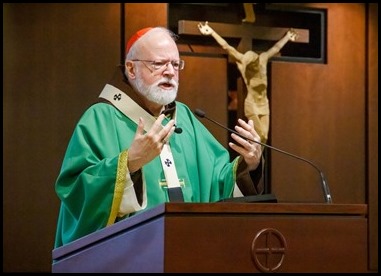 Afterwards, we had a luncheon with them at which each of the women reported on the ministries and activities that they have been engaged in. 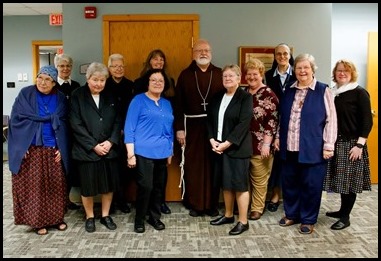 It was so uplifting to hear how much work they are doing and how engaged they are in so many ministries, particularly serving the poor and those in need. They are also doing a great deal of work with those in hospice and those suffering from addictions. It was very inspiring to hear their stories.