Last Saturday, I attended the 60th anniversary of the priestly ordination of Father Patrick, a Capuchin at the friary in Jamaica Plain. 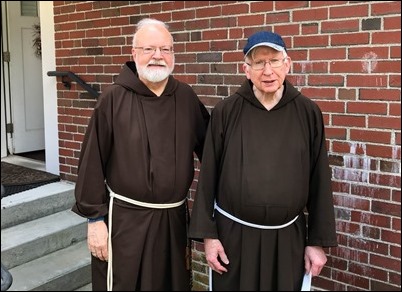 It was a wonderful occasion to gather with his family, friends and our friars to celebrate his jubilee. I reminded him that this year Father Raniero Cantalamessa is also celebrating 60 years as a priest — so he is in good company!

That afternoon, we had a Mass at Redemptoris Mater Seminary in Brookline for the institution of new lectors and acolytes. These are sacramentals that our seminarians receive in preparation for priesthood.

These important moments for the Church impress upon the young man the need for his spiritual preparation and discernment in his vocation. The lector is instituted to proclaim readings from Scripture, and the ministry of acolyte allows a man to have the prerogatives of what we used to call the subdiaconate. He can now be an ordinary minister of Communion, distributing Communion at Mass and taking Communion to the sick. 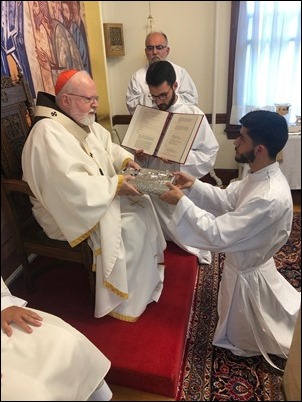 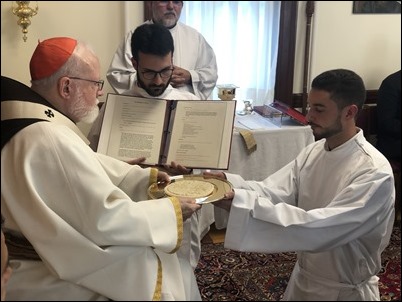 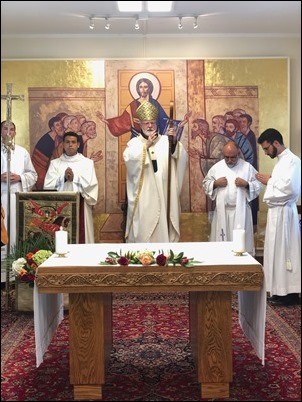 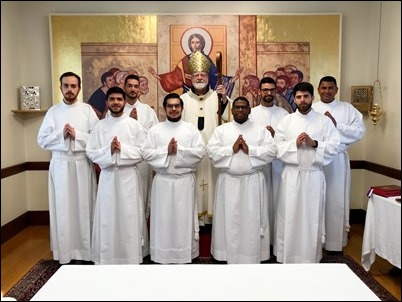 It was a very joyful celebration and, of course, afterwards there was a lovely meal.

During the evening, the seminarians entertained us with a number of Mexican songs that they prepared for the visit of Eduardo Verástegui at the Redemptoris Mater Gala last week. 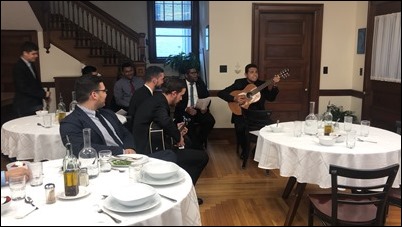 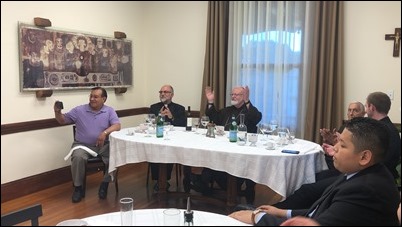 I again teased them that at the Gala Dinner they are usually the stars, but this year they were eclipsed by Eduardo’s brilliant testimony. But, I told them, I was happy to be the beneficiary of all their practice and preparation for performing at the Gala Dinner!

The following day, I celebrated the Mass of Corpus Christi at St. Mary Parish in Waltham, where Father Michael Nolan is the pastor.

It was an extraordinarily diverse and vibrant bilingual celebration. I think only in Boston would you have had Ugandan, Hispanic and American parishioners all celebrating together. 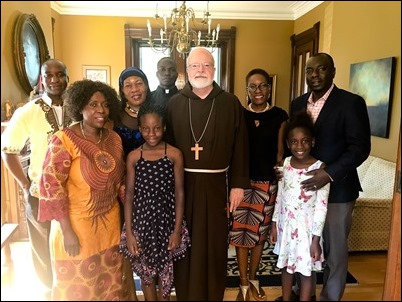 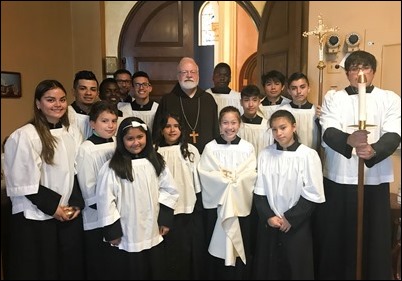 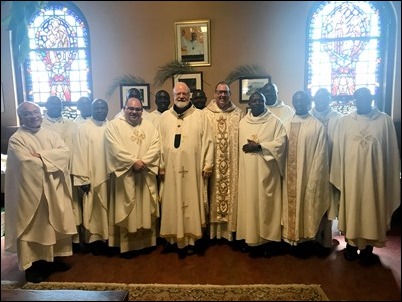 In my homily, I spoke about the importance of remembering God’s love for us, which is manifested in his providential care, but particularly in the Eucharist. In the Eucharist, he makes a complete gift of himself to us so that we will have the strength to be his people and to make a gift of ourselves to God and others.

The Mass was followed by a wonderful procession through the streets Waltham with benediction outside. It was truly a great way of celebrating Corpus Christi, which is always one of my favorite feasts. 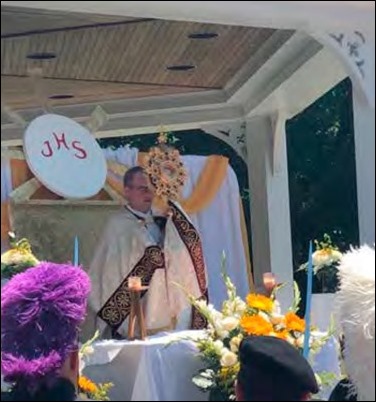 Immediately after the procession, I departed for Rome, where this week I have been attending a meeting of the Council of Cardinals advising the Holy Father. Much of our work this time was dedicated to considering recommendations we have received for Praedicate Evangelium, the document on the reform of the Roman Curia. 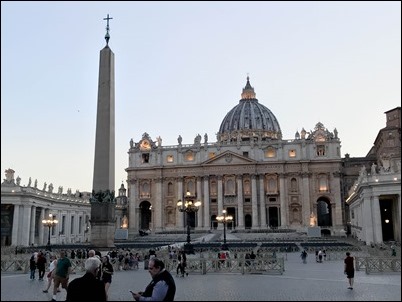 We have received numerous recommendations from different bishops’ conferences, Catholic universities, theologians and members of the various dicasteries here in Rome. So, it is quite a task to go through all the recommendations, but I think it will certainly improve and enrich the document, which will be very important for the curia going forward.

The Holy Father celebrated a Mass Thursday to mark the golden wedding anniversary of Guzmán Carriquiry and his wife, Lídice Gómez. 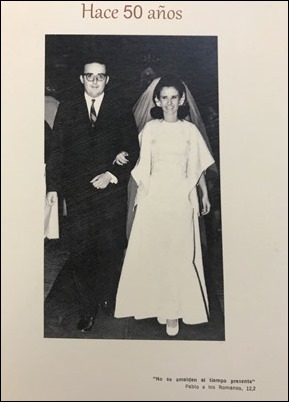 Guzmán is a layman from Uruguay who has worked in the curia for almost 50 years and under five popes. He wrote speeches for John Paul II, helped prepare many of the Holy Father’s trips to Latin America, and he was with us at the Encuentro in Texas last year. As the Secretary of the Pontifical Commission for Latin America, he is the highest ranking layman in the curia. Cardinal Ouellette, who is in charge of the Congregation for Bishops, which is over the Commission for Latin America, was also with us for the Mass. 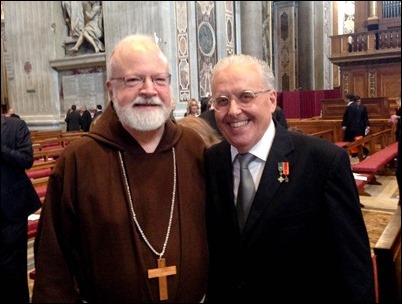 He and his wife have been very much involved in the life of the Church throughout their marriage. So, in a marvelous gesture, the Holy Father offered to celebrate this Mass at St. Peter’s for them. Many of their friends from Latin America and the curia gathered with them for this beautiful celebration where, with the Holy Father, they renewed their vows and exchanged rings at the Altar of the Chair. 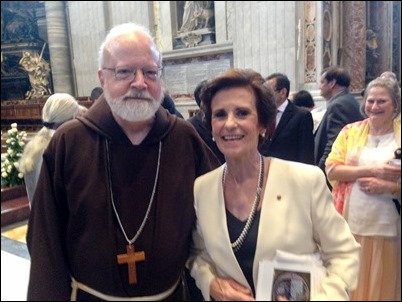 The Mass was very moving and ended with the singing of the lovely song for the Feast of Our Lady of Guadalupe, Desde el cielo una hermosa mañana — and the whole congregation sang it out loud and clear.

I was very moved by the fact that the day was also the Holy Father’s anniversary of episcopal ordination, but no mention of that was made. Of course, the Holy Father would never want to eclipse the couple that he was honoring at the celebration.