A call for civility

Both celebrations were joyous and deeply spiritual. Both communities have large immigrant populations, both of them struggle with many challenges — including poverty and violence at times — yet the men, women and children with whom I worshipped were filled with hope.

In both communities, there is a strong determination to build a future for their families, especially for their children. In each community, they are proud of the countries from which they have come, and they are deeply grateful for the opportunity to be citizens of this nation.

They seek to contribute to the United States as a society. They believe in education for their children, and parents often work two or three jobs to make that education possible.

The experience of being with both communities provides powerful memories for me. My family came here from Ireland. Our country was economically poor and my family was poor; we came here, were welcomed and given the opportunity to contribute to this nation and our Church. I have had the privilege of being a pastor for most of my priesthood for people from many lands who came to the United States to share their lives, their culture and their faith with American society. My experience has been filled with a spirit which is so different from the tenor and language of much of the debate about immigration in our country today. At times it is harsh, not welcoming and deeply suspicious.

This is not a general indictment. I believe the vast majority of Americans recognize the contribution immigrants have made to our country and our Church. We are a nation of immigrants, and historically an immigrant Church, and both have benefitted greatly from those welcomed here.

But, while I am optimistic about our country, there are institutions and individual voices with the capacity to distort the reputation of this country in the eyes of the world. As a nation, a sovereign state, we expect to be respected by others. That respect must be reciprocated by us towards others — individuals, countries and cultures.

We are uniquely powerful as a nation, but power does not guarantee respect from others. Respect has a moral quality; like other nations, we must earn it. Respect has a quality of mutuality — we offer it and receive it.

My hope and prayer as we begin a new year is that we can change the tenor of the debate about immigration: that we provide protection for DACA Dreamers; that we come to recognize that Temporary Protective Status is really needed for Haitians, Salvadorans, Nicaraguans and Hondurans; that we will move from epithets when we speak of immigration reform and speak rather the language of compassion, justice and love.

That is my New Year’s hope and prayer.

As I mentioned in my previous post, last week’s snowstorm prevented me from traveling to Chicago to attend the gathering of FOCUS missionaries, but it gave me the opportunity to attend the profession of Brother Francis of the Friars of the Primitive Observance at St. Patrick’s Church in Roxbury on Saturday morning. 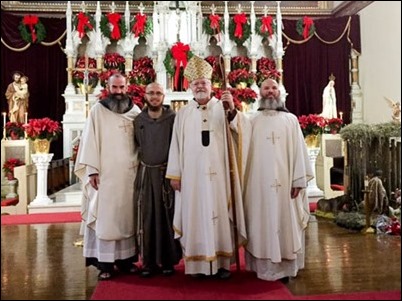 I was very pleased to see that, despite the freezing cold weather and snow-clogged streets, we had a full church for the profession.

We are so grateful for the presence of the friars in our archdiocese, and particularly for their work with the immigrant populations in Roxbury and Lawrence. Obviously, from the number of people who were with us for the profession, it is clear that they are making an impact on the lives of many people. 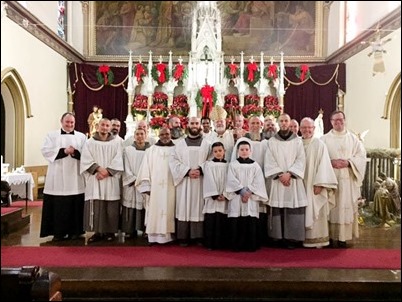 That evening, I went to Immaculate Conception Church in Revere to celebrate the Rite of Candidacy for four of our seminarians from our Redemptoris Mater Seminary.

Once again, it was surprising to see a standing room only crowd in the church; despite the terrible weather, people come out in large numbers to be part of that ceremony. 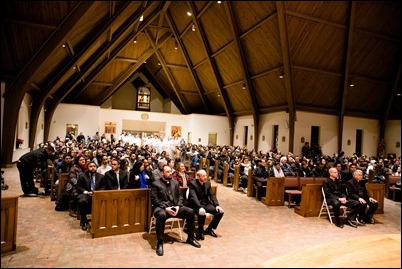 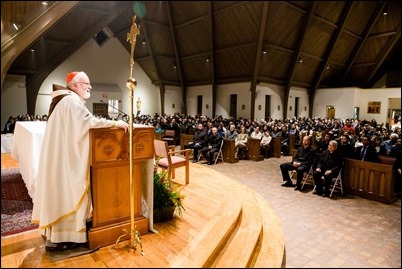 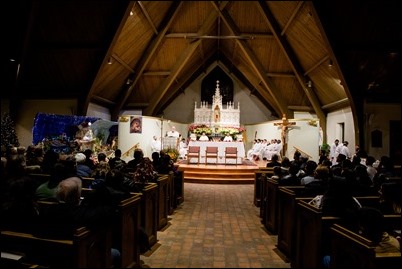 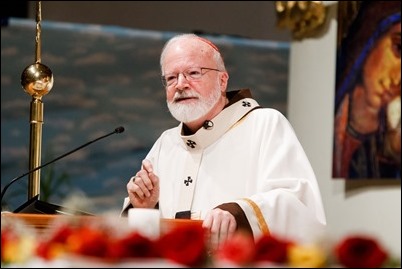 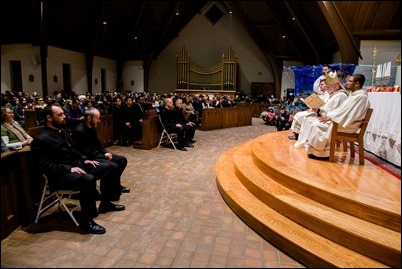 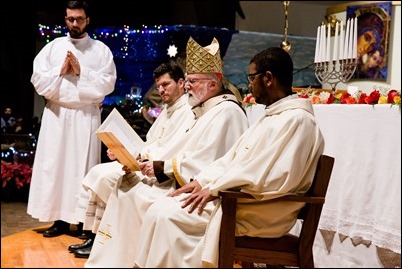 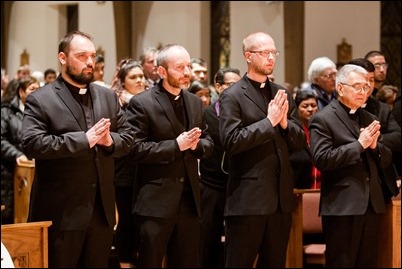 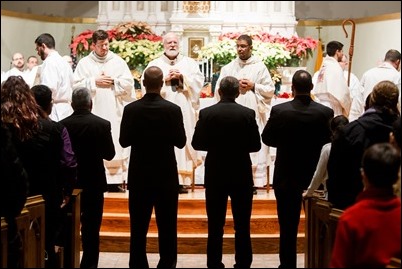 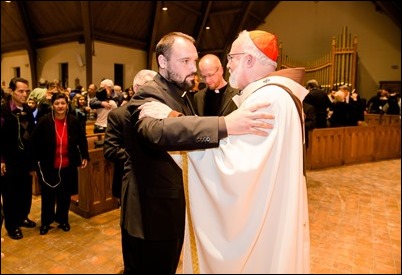 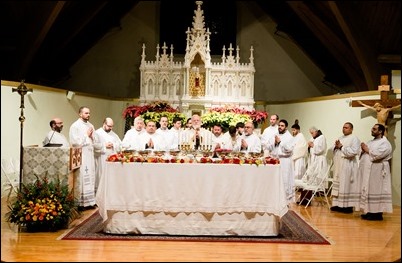 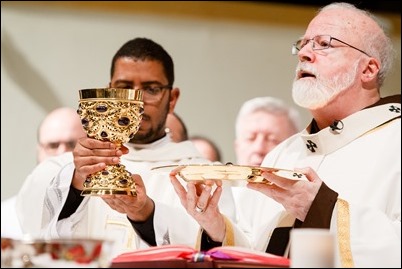 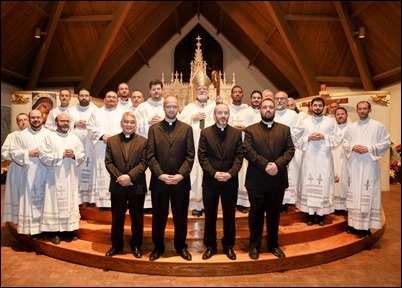 Afterwards, there was a reception in the parish hall. 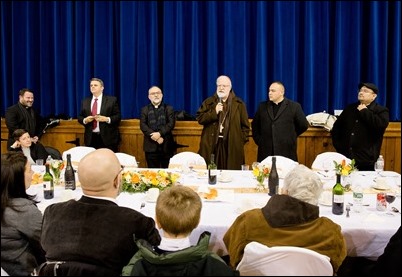 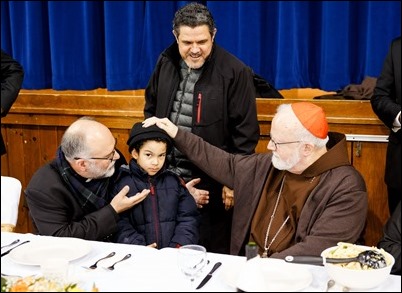 We are very grateful to Father Daniel Lazo and Immaculate Conception Parish for hosting the event. For many people, it was probably the first time they had seen a man receiving candidacy. I think many Catholics are unaware of the sacramentals that are bestowed on seminarians as part of their preparation for the priesthood. It is my hope that this experience inspires them to consider a vocation, pray for vocations and to promote vocations in the Church.

Following the Rite of Candidacy, I returned to the cathedral where I paid a visit to the Ge’ez Rite community at the cathedral, who were celebrating their Christmas Eve because they follow the Julian calendar. 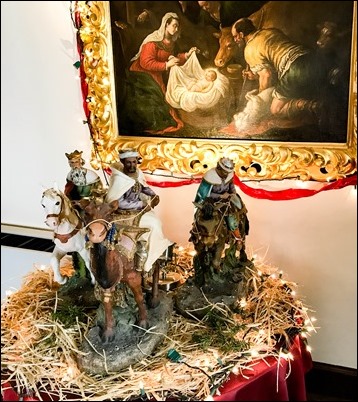 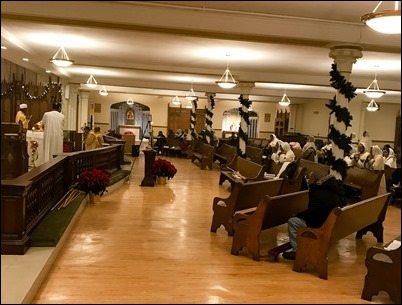 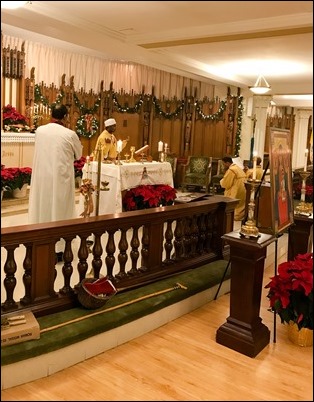 They have a very long liturgy, so I was able to be there before the end to participate, greet them and wish them a Merry Christmas.

The Mass was also an occasion to pray in a special way for the young people who have lost their lives to violence in the neighborhood. We were joined at the Mass by Mayor Martin Walsh, Boston Police Commissioner William Evans and Superintendent-in-Chief William Gross.

We are so grateful for the work of Fathers John Curry, Doc Conway and Jack Ahern in those two parishes.

Following the Mass, we gathered for a reception at Catholic Charities’ Teen Center at St. Peter’s. 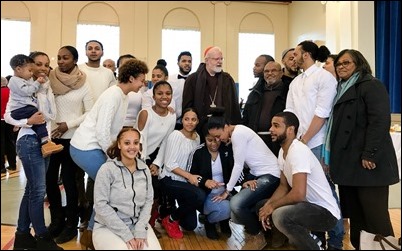 That evening, I went to the Redemptoris Mater Seminary in Brookline to attend a dinner with benefactors. Following the dinner, the seminarians sang Christmas carols for us, the same ones they had sung during their concert at the cathedral and at Regina Cleri. However, I had not been able to be at those concerts, so it was very nice to have the opportunity to hear them.

Monday, I attended the wake of former State Treasurer Bob Crane. Regular readers of my blog will remember that I have mentioned that, every year, Bob would very generously come with other members of his singing group, known as the Treasury Notes, to sing for our senior priests at the Boston College Club. 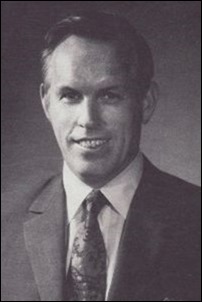 He was very devoted to the Church and was very supportive of our senior priests. So, I was very happy to be able to attend the wake and extend my condolences to his family. He will be sorely missed.

That evening, I joined several other priests from the archdiocese at the house of the Sister Disciples of the Divine Master for Evening Prayer and dinner. 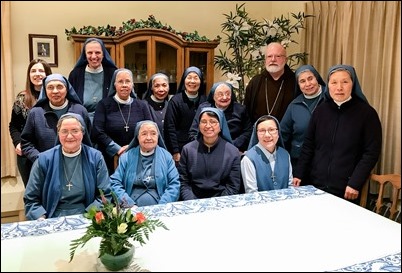 Once again this year, Father Paul Rouse led us in singing Christmas carols. 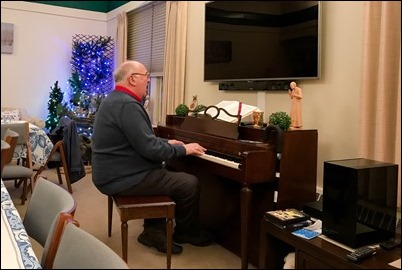 The sisters hold this wonderful gathering every year, and it’s always a very enjoyable occasion.

Finally, on Tuesday, I went to Regina Cleri for our annual Mass and luncheon with our senior priests during the Christmas season. 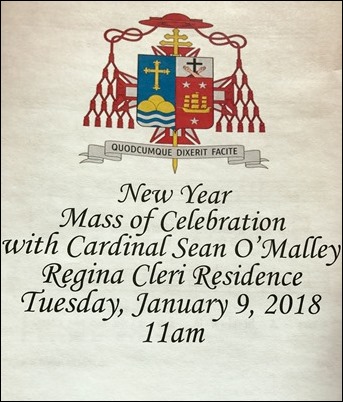 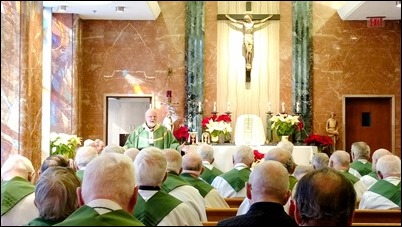 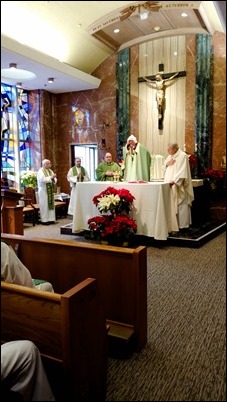 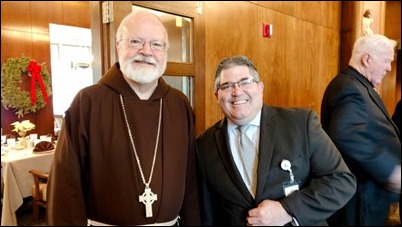 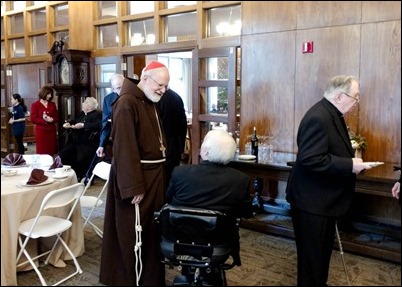 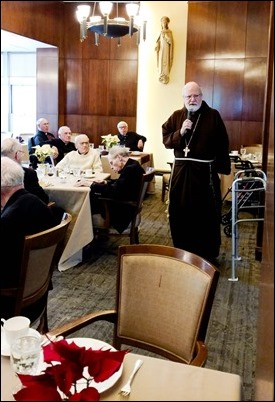 It was a great joy to be together with them during this very special time of year.