The Convocation of Catholic Leaders

I hope you all had a safe and restful Independence Day, which is always such a wonderful time to be together with family and friends. And though I was able to spend some time with my family, I spent much of this past week attending The Convocation of Catholic Leaders — The Joy of the Gospel in America, held July 1 through July 4 in Orlando. 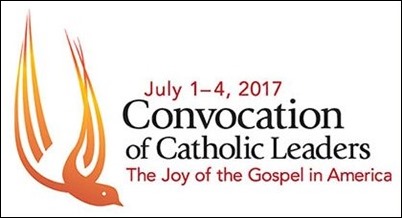 This is a convocation that the U.S. Conference of Catholic Bishops has been planning for several years around the theme of Evangelii Gaudium, the Holy Father’s Apostolic Exhortation on the Joy of the Gospel.

As the USCCB described it: “Over 5 years ago, the full body of bishops in the United States called for a ‘National Convocation’ that would ‘convene, challenge, and motivate Catholic leaders to embrace the full vision of what it means to be Catholic and fully engaged in the Church’s mission of evangelization and to proclaim the Church’s vision of the human person.’”

This convocation was the fulfillment of that call and brought together about 3,500 Catholic leaders, including about 150 bishops, from around the country. 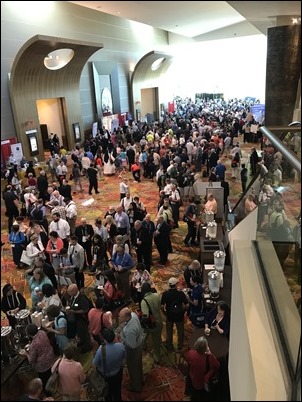 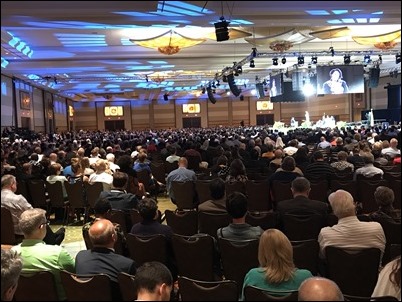 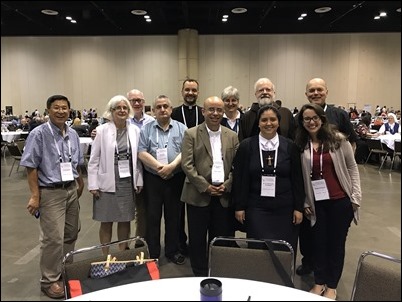 With many of the delegation from Boston attending the convocation

Also at the convocation, I was very happy to see the delegation from the Virgin Islands accompanied by Father Neil Scantlebury. 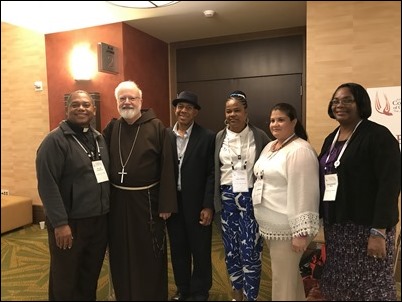 There was a wonderful spirit of enthusiasm among people attending the convocation, and they had some excellent speakers and conferences.

I myself was asked to preach at the Sunday evening prayer service and Holy Hour, “Encountering Jesus Healer of Wounds and Source of Mercy.” I also participated in one of the breakout panel discussions on “going deeper into the periphery.” Our topic was “Living in the Margins in Our Country and in the World, a Church for the Poor that is Poor.”

The convocation began on Saturday with an opening Mass by Cardinal Dolan under the theme of “Unity, Joy, and Evangelical Discernment.” 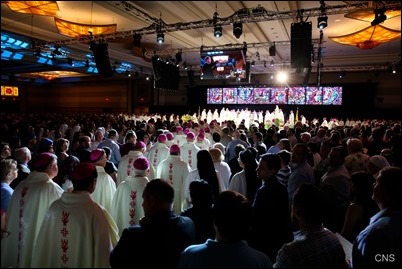 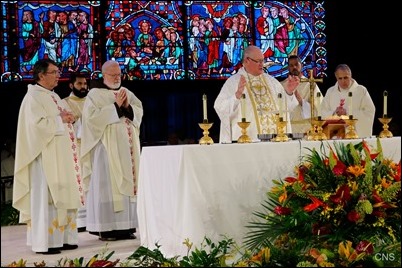 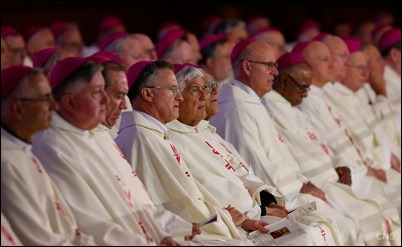 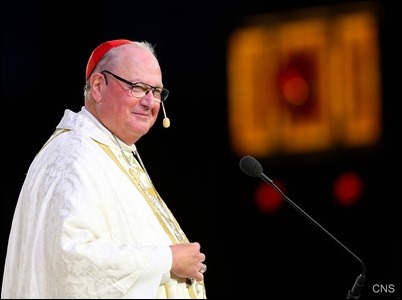 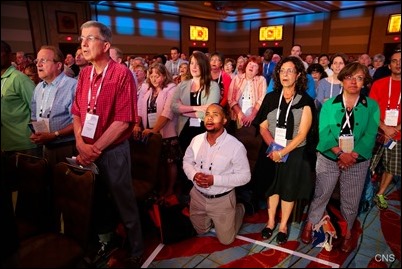 That evening, there was also an evening service, “Mary, Mother of the Evangelization.” The following day began the plenary sessions.

On Sunday morning, there was the plenary session “Charting the Landscape and Mission Field.” At that meeting, our own Hoffsman Ospino from Boston gave the keynote, talking about the situation of Hispanic immigration in the United States. It was an excellent talk that was very well received. 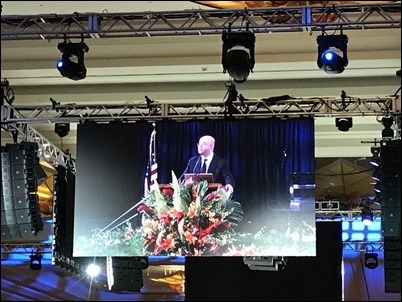 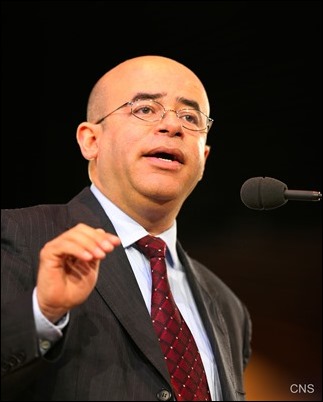 The session was followed by breakout groups and a panel that included Dr. Helen Alvaré; Father Tom Gaunt, SJ, the executive director of CARA (the Center for Applied Research in the Apostolate); Brian Johnson, the director of director of the Office of Adolescent Catechesis and Evangelization in the Archdiocese of Galveston-Houston; Father Agustino Torres, CFR; and Kerry Weber, the executive editor of America, the Jesuit magazine.

The second plenary session of the day was on the theme of “The Radical Call to Missionary Discipleship,” at which the keynote was delivered by Cardinal Wuerl. 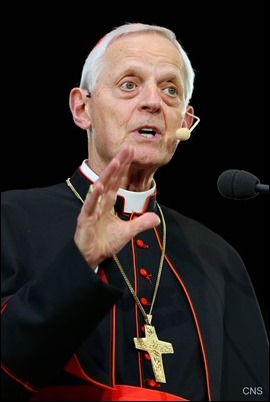 Following that plenary was a panel featuring Bishop Caggiano of Bridgeport; Father Rafael Capo of the Southeast Pastoral Institute; Sister Mariam Heidland, SOLT; Curtis Martin, the founder and CEO of FOCUS; and Sherry Weddell, of The Catherine of Siena Institute and author of “Forming Intentional Disciples.” 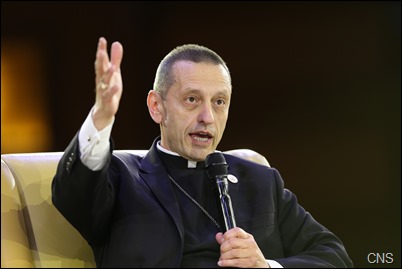 The Sunday Mass was offered by Archbishop Wilton Gregory of Atlanta. 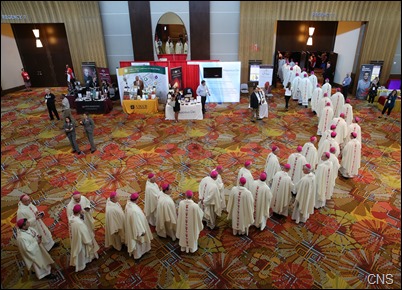 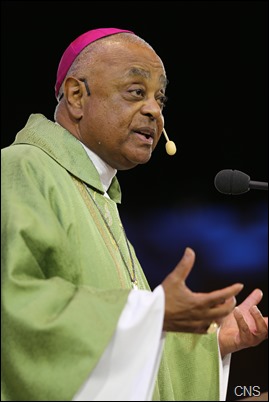 That evening was our evening of reflection that I mentioned earlier, “Encountering Jesus Healer of Wounds and Source of Mercy.” 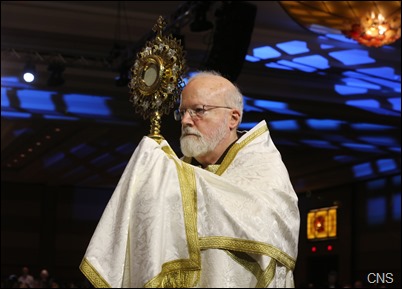 On Monday, we moved to the theme of “Work and Witness.”

There was a beautiful Eucharistic procession to begin the day followed by the plenary session. 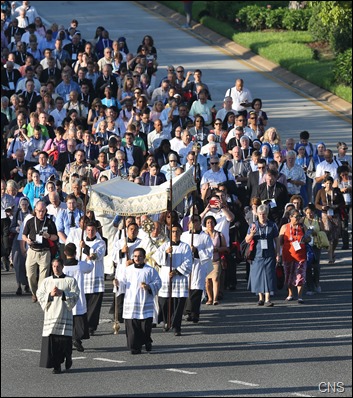 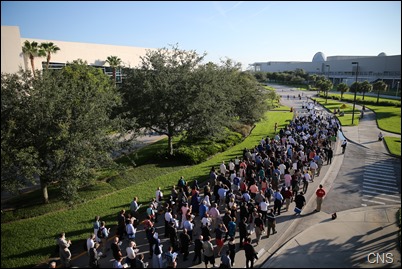 That session was held under the theme of “Going to the Peripheries, ” and we heard talks by Archbishop Gomez and Carl Anderson. 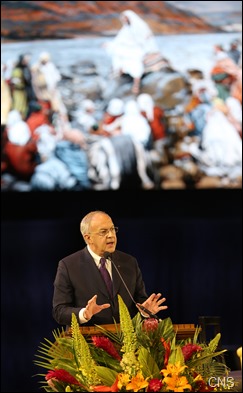 On the panel that day were Dr. Ansel Augustine, who works in campus ministry at St. John’s University New York; Father Paul Check of the Diocese of Bridgeport; Kim Daniels, who is now a member of the Vatican Secretariat for Communications; Sister Norma Pimintel, the director of Catholic Charities in the Diocese of Brownsville; and Carolyn Woo, the former president of Catholic Relief Services.

Following that there was a Fortnight for Freedom Mass celebrated by Archbishop Lori and the evening service was led by Cardinal Tobin and Bishop Dewane of the Diocese of Venice, Florida. 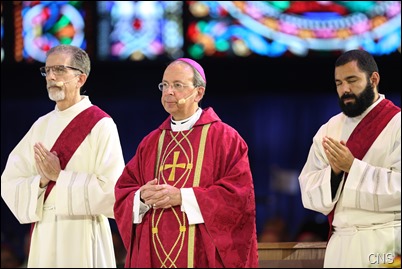 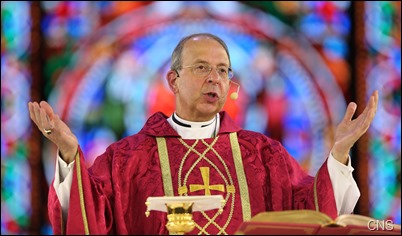 On Tuesday the plenary session was held on the theme of “Spirit-Filled Evangelizers Equipped for Excellence.”

There was a talk by Patrick Lencioni of the Amazing Parish apostolate, and the keynote address was delivered by Bishop Robert Barron, Auxiliary Bishop of Los Angeles. 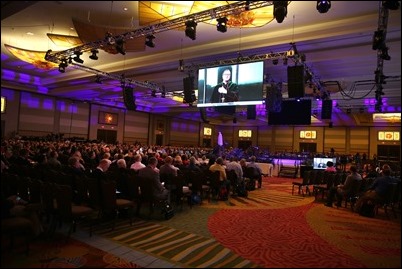 The Concluding Mass for the convocation was celebrated by the president of the Conference, Cardinal Daniel DiNardo. 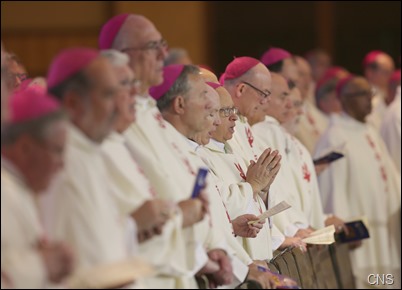 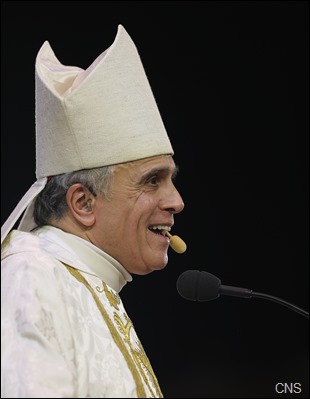 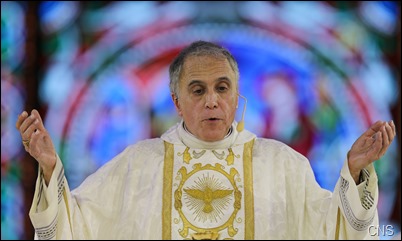 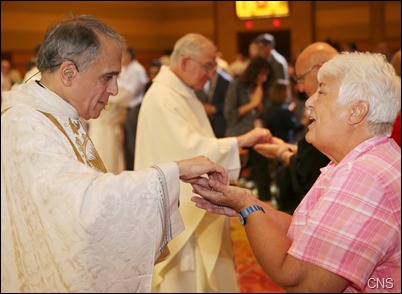 In all, I would say the convocation was a very uplifting experience. The participation from all over the country really reflected the diversity of our Church ethnically, geographically and demographically — there were young people, clergy, religious, lay leaders and educators of all types. 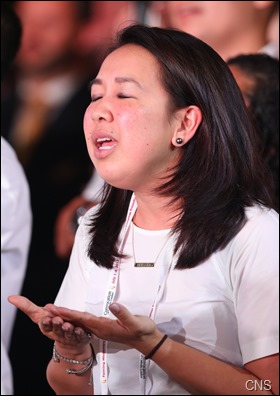 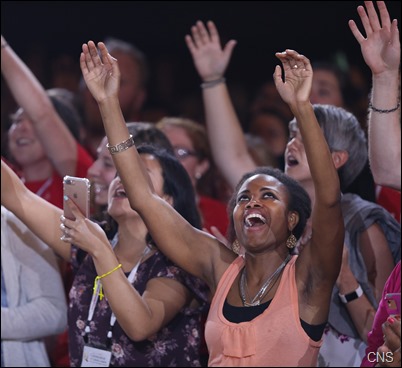 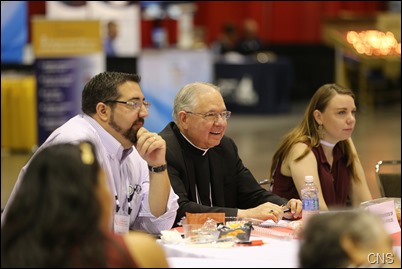 Among the participants, there was a great spirit of enthusiasm and desire to bring the Joy of the Gospel to the periphery and to live the challenge that Pope Francis has given to the Church. It was also an opportunity for people to network and learn what is happening in other areas of the country as well as to meet some of the very capable leaders who are engaged in so many different aspects of the life of the Church.

Throughout the conference, the speakers were very clear on challenges we face but, at the same time, there was a very hopeful message. I am confident that the experience of this convocation is going to help to energize Catholic leaders throughout the country and bring many fruits.