This week it was announced that Marie Collins has resigned from the Pontifical Commission for the Protection of Minors. This represents a great loss for our commission because Marie was a very eloquent advocate for child protection. However, I am very pleased that, despite her decision to step away from the commission, she is still very willing to work with us in the formation programs that the commission will be conducting for Church leadership, members of the Curia and bishops conferences. 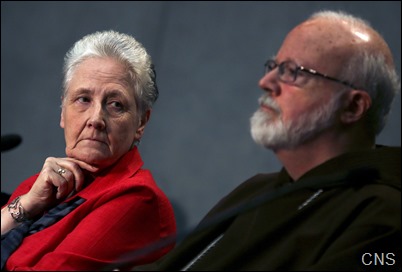 The commission has as its primary function to advise the Holy Father, but also to work for prevention of child abuse and to do this through educational programs and promoting best practices. In this last year, Marie has helped me on a number of these occasions and her contributions have always been invaluable. She speaks of her own experience as a survivor of clergy sexual abuse and is an extraordinary advocate for this cause.

In the last decade, the Church in Europe and North America has developed very strong protocols and practices for child protection, but in many parts of the world this topic is just being breached for the very first time. So, our commission, which includes members from Africa, South America and Asia, has been charged with a very important responsibility of promoting child protection in those countries. Marie has been an extraordinary help in that process and we pray that the Lord will continue to bless her and her family, and we do look forward to working with her on the educational projects of the commission.

Last Friday, Father John Cecero, SJ, the provincial of the newly formed USA Northeast Province of the Jesuits came to pay me a visit. He was accompanied by Father Robert Keane, SJ, Rector of the Jesuit Community at Boston College. 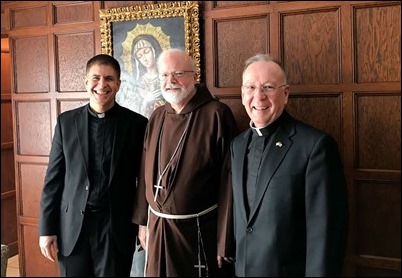 The Jesuits are the largest religious community in the Archdiocese of Boston and are involved in so many different ministries, beginning with education at Boston College and Boston College High School, as well as at Ignatius Parish and their newly refurbished retreat house in Gloucester.

We are very grateful especially for the help the Jesuits provide in our parishes. There are many young Jesuits from all over the world studying here at St. Peter Faber House in Brighton and many of them are helping in our parishes, particularly those with immigrant communities. There are over 100 ethnic communities that have liturgies in various languages throughout the archdiocese, and this is certainly a great help for us.

This week I met with two groups of seminarians of mixed classes at the Cathedral rectory for Vespers and dinner.

As I have often mentioned, throughout the year I like to meet with the seminarians in small groups for an evening of prayer and conversation as a way to get to know them better, hear their experiences and share some of my thoughts with them. It is always a delightful evening.

On Sunday, I went to St. Patrick’s Manor in Framingham to celebrate Mass and visit with the residents there. 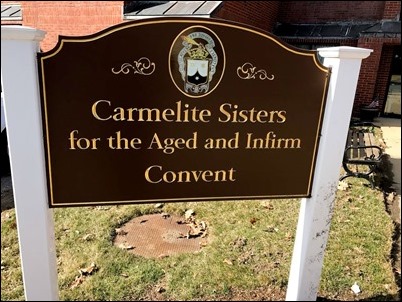 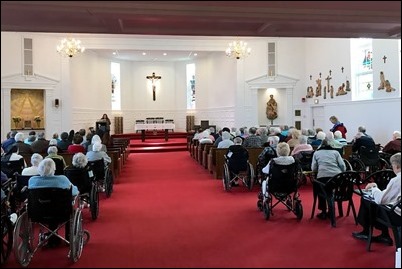 We are very blessed by the presence of the Carmelites of the Aged and Infirm in our archdiocese. I have had the sisters in three of my four dioceses, and am so grateful for the extraordinary work they do in caring for the elderly. 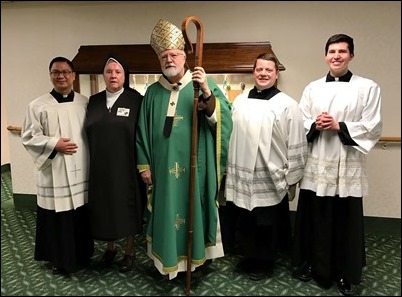 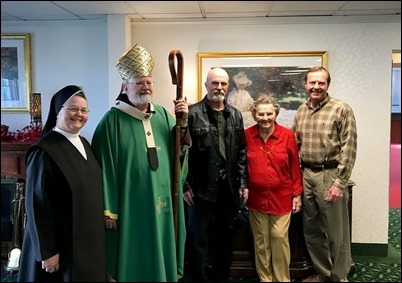 After Mass and visiting with some of the residents I was very happy to have lunch with the sisters.

Wednesday was, of course, Ash Wednesday, and as has been our practice in recent years we held a Lenten retreat for our staff at the Pastoral Center.

Father Matthew Bradley of the Foyer of Charity in Scituate was our retreat master for the day. 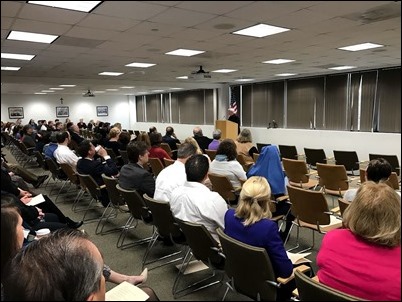 We began our retreat in the morning with a conference by Father Bradley followed by a time of adoration and confession. We concluded our gathering with a Mass, which I celebrated, and the imposition of ashes. 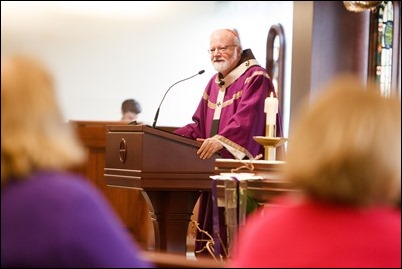 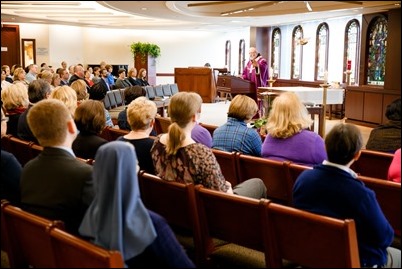 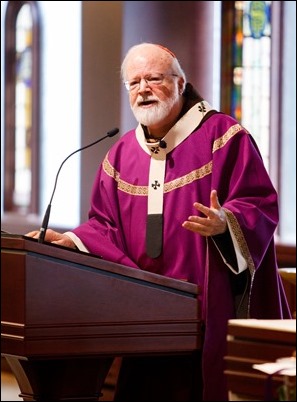 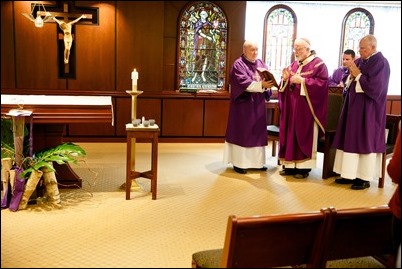 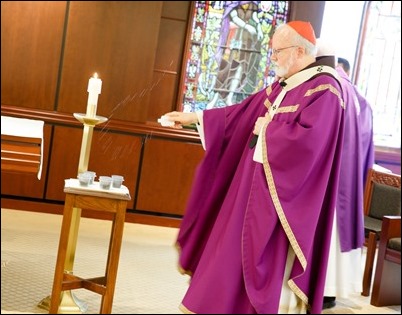 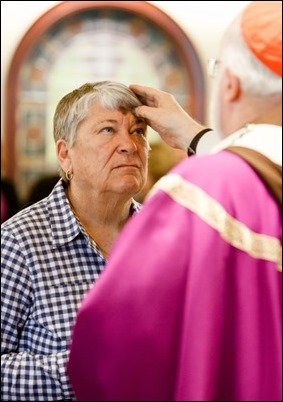 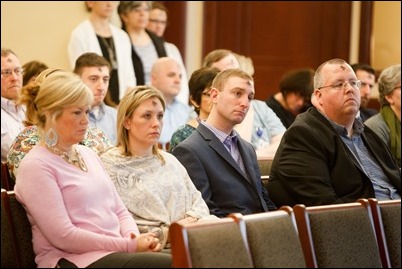 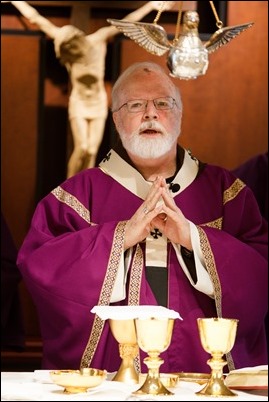 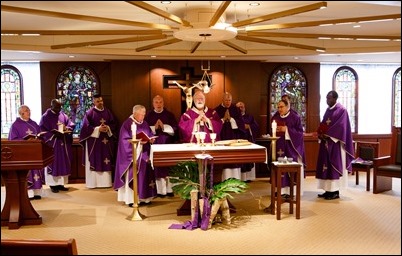 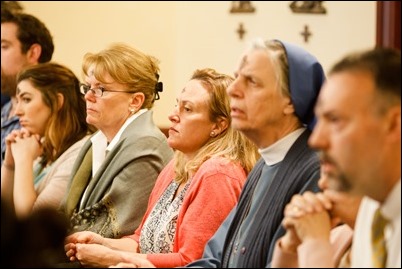 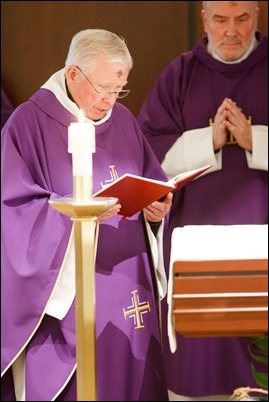 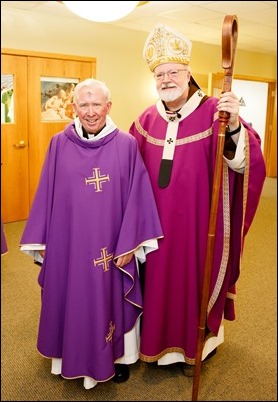 With Father Bradley after the Mass

We held a separate Mass for the staff because the regular noon Mass at the Pastoral Center was standing-room only for Ash Wednesday. 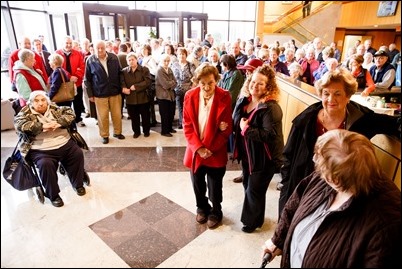 It’s always so encouraging to see how many people come to church to begin the season of Lent.

That evening, at the invitation of Father Bob Casey, I went to St. Brigid’s in South Boston to join in their celebration of Ash Wednesday. 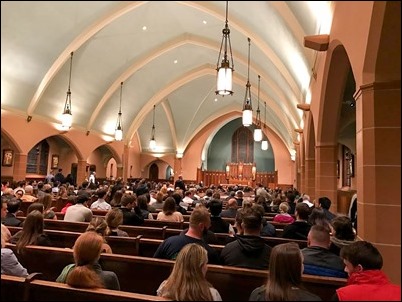 I was very happy to be invited there and to be able to celebrate the Mass with Father Casey and his parishioners, which includes a very large and vibrant young adult community.

Last month, as the president reminded us in his address to Congress this week, was Black History Month. During this time I was able to see the film Hidden Figures, which is a beautiful story of three black women who worked at NASA during the Kennedy administration, at the beginning of the space race between the Soviet Union and the United States.

The three women were extraordinary mathematicians and, despite the demeaning circumstances they had to work in as black women, the contribution they made to our country was extraordinary. As a historical piece, it is a very powerful film and I hope that many people take the opportunity to see it.

Of course, also during that address, the topic of immigration was also dealt with.

We continue to pray that our government will work quickly to bring about immigration reform that is just and will recognize the important principles of family reunification and worker protection. In the archdiocese, we have already begun to hold sessions to answer people’s questions on immigration. Wherever this has taken place attendance has been very good and our intention is to continue to provide this service to our people.

I think it’s unfortunate that some people may have the impression that immigrants are a criminal element in our society. Certainly, I think everyone can agree that criminals should be deported, however, the vast majority of immigrants who are here — whether documented or undocumented — have come for the opportunity to make a life for themselves and for the children. I think this is a very important fact that people need to keep before their minds. We are a nation of immigrants and this has always been one of our strengths of our country. So, hopefully, the new administration and Congress will be able to work swiftly to devise a new and better plan to replace our broken immigration system.