At this time I wish to extend our prayers and support to all who were impacted by the shooting at Ft. Lauderdale airport this afternoon; those who lost their lives, those wounded and injured, and their families and loved ones.  We also pray for those who witnessed this traumatic event.  As always, we are grateful for the bravery of the civil authorities who are the first responders and work every day to protect and defend us.

I hope you all had a happy New Year! As you might imagine, a number of my events last week revolved around New Year’s celebrations.

On New Year’s Eve morning, I went to visit the Brotherhood of Hope. We celebrated Mass together at the Student Center at Northeastern University, where they are the chaplains.

The Brotherhood of Hope is a community that belongs to the Archdiocese of Boston and they were holding their chapter, in which they reelected their general superior, Brother Ken Apuzzo. All the brothers were present at the Mass with the exception of Msgr. Robert Oliver, who had been with us but needed to return to Rome. 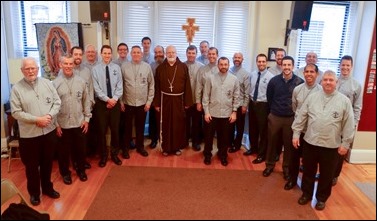 We are so grateful for all that the brothers do in their work of evangelization, particularly around campus ministry. One of their priests, Father Paul Helfrich, is the spiritual director at Pope St. John XXIII National Seminary, and of course Msgr. Oliver is the secretary of the Pontifical Commission for the Protection of Minors. 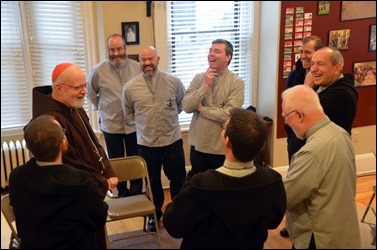 We are very grateful for the wonderful contribution that the brothers make to the life of the Church, both here in Boston and throughout the universal Church.

That night, we celebrated our traditional New Year’s Eve Mass at St. Clement Eucharistic Shrine in the Back Bay of Boston, which is staffed by the Oblates of the Virgin Mary.

We began our evening with a Holy Hour, followed by a Mass to close the old year and begin the New Year in the Eucharist. 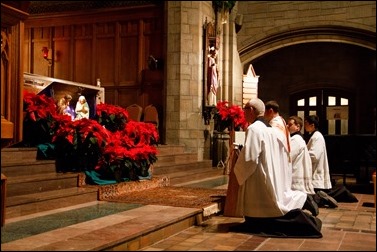 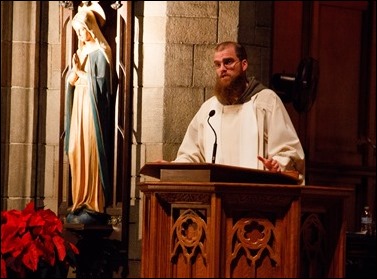 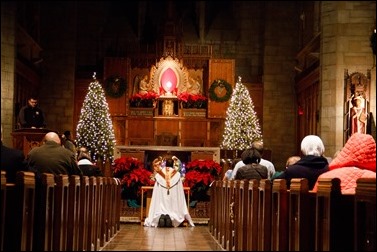 We were very happy to see so many young people there participating in the Mass with us. It is always a very beautiful expression of faith, as we give thanks for the blessings of the past year and ask for God’s blessings on all the activities of the coming year. 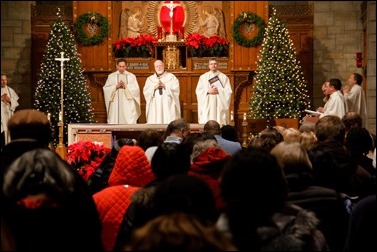 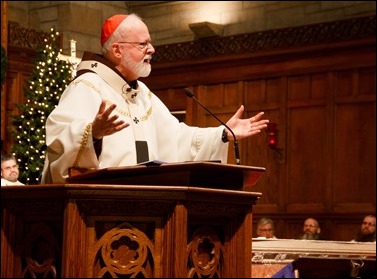 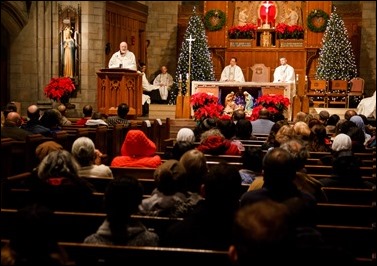 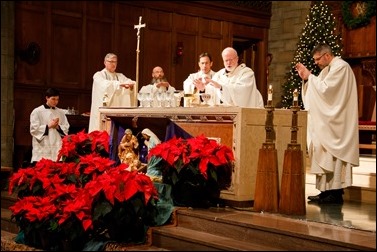 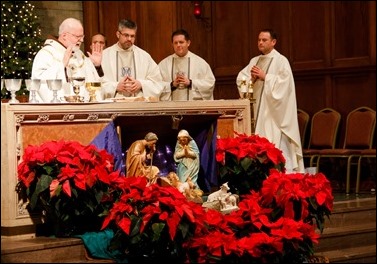 On New Year’s Day, as I do every year, I gathered with the Haitian community of the archdiocese to celebrate a noontime Mass at the Cathedral the Holy Cross. 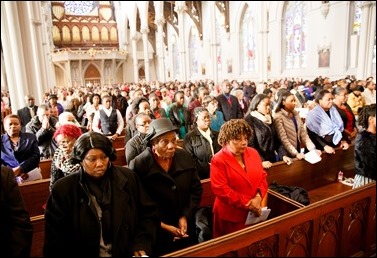 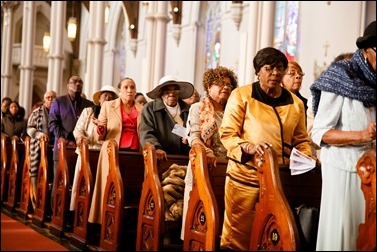 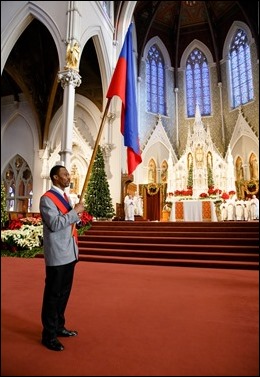 Members of the Haitian community provided such wonderful music for the Mass, and the choir of our Lady of Grace Church in Chelsea sang for us. 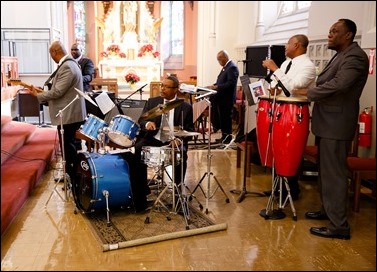 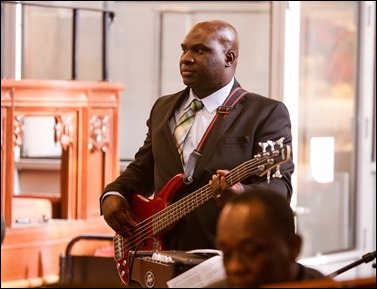 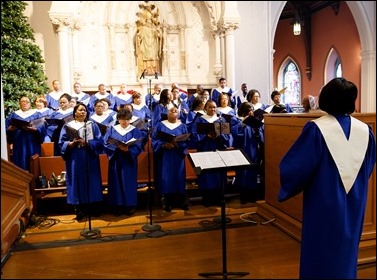 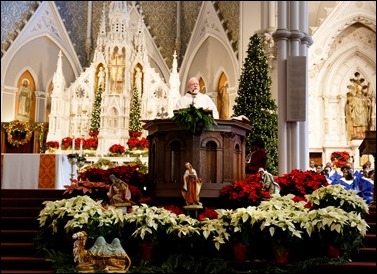 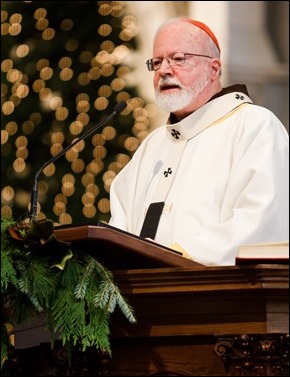 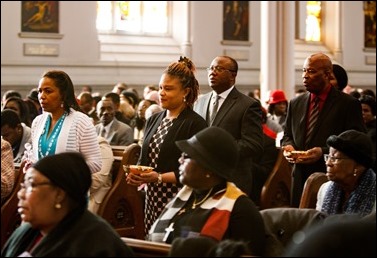 We were joined at the Mass by a number of the priests and deacons involved in ministry to the Haitian community in the archdiocese. 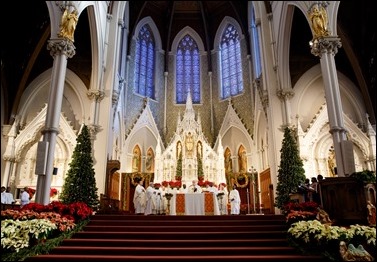 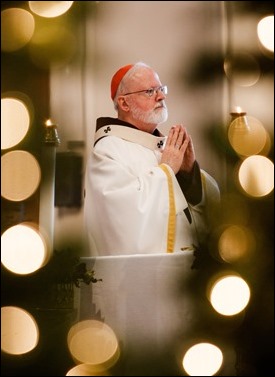 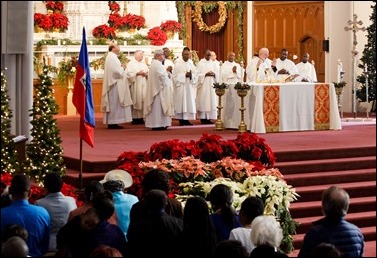 As part of the celebration, because it is a New Year’s celebration, we sang together the Te Deum in Latin, as is done in most places in Europe on New Year’s Day as a prayer of Thanksgiving. 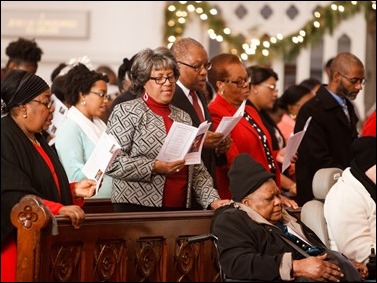 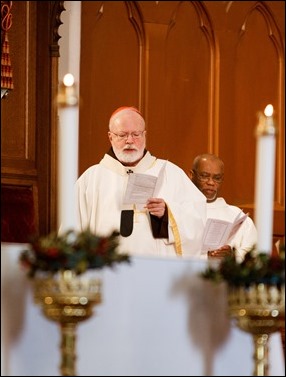 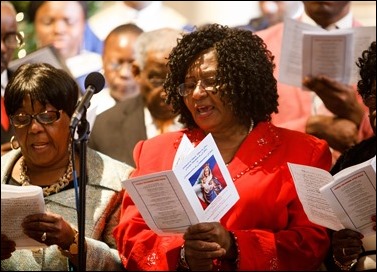 Following the Mass, we joined in saying the national anthem of Haiti, because, in addition to being the solemnity of Mary, The Mother of God and New Year’s Day, January 1 is also Haitian Independence Day.

Also following the Mass we heard remarks by one of the priests of the Haitian community and by the Haitian consul general in Boston, Marjorie Brunache. 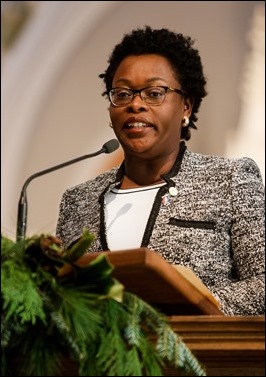 It is always a very moving celebration and an opportunity to bring the Haitian community together at the Cathedral the Holy Cross.

On Tuesday I was visited by Bishop David, the Bishop of the Coptic Orthodox Diocese of New York and New England.

He is based in New York but has parishes here and came to visit me along with Father Samuel Hanna and Father Mina Kaddis of the Coptic Orthodox parish in Natick. We were also joined by Vito Nicastro of our Office of Ecumenical and Interreligious Affairs. 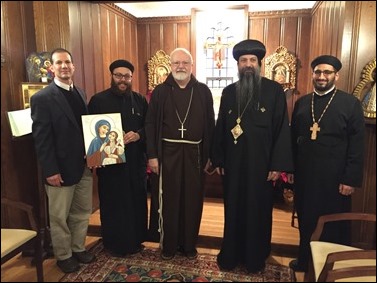 We spoke about the “ecumenism of blood” — a concept that Pope Francis speaks about so often — that people of various Christian faiths were being martyred and persecuted for their faith. Bishop David spoke about the Coptic workers in Libya who, after many days of threats and torture, refused to renounce their Christian faith. They were all beheaded as a result and are venerated as martyrs among the Coptics and other Christians of Egypt, who make up about 20 percent of the population. Of course, the bombing last month at the cathedral in Cairo was also another example of the persecution and violence they are constantly being subjected to.

During our visit, he gave me a beautiful Coptic icon of the Blessed Virgin. 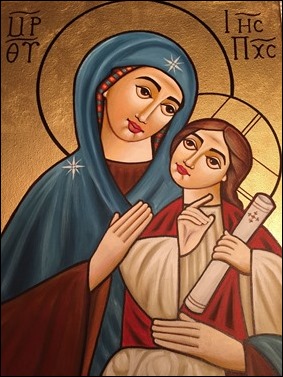 We are looking forward to the Week of Prayer for Christian Unity celebration that will be held January 21 at Holy Name Parish in West Roxbury, at which the Coptic community, along with many other Christian churches and communities, will participate with us.

On Wednesday, I was in Cambridge to go to the foreign-language bookstore near Harvard Square and stopped in to say hello to Father Bill Kelly, the pastor at St. Paul’s Parish, which is just up the street. 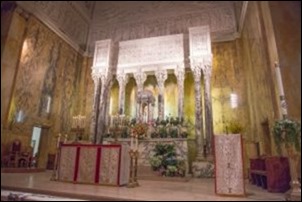 I was also able to greet the boys at St. Paul’s Choir School, who were in the midst of their lunch.

I took this picture of the Chapel where the Choir School students sing Vespers, which is a very popular place of private devotion. 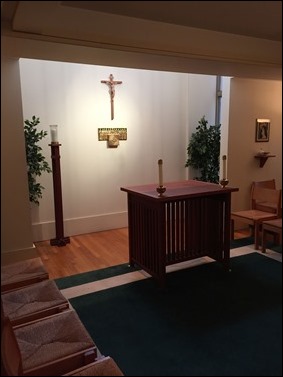