I want to begin this week updating everyone on the restoration work at the Cathedral.

The sacristy is finished, and the doors have been refurbished. 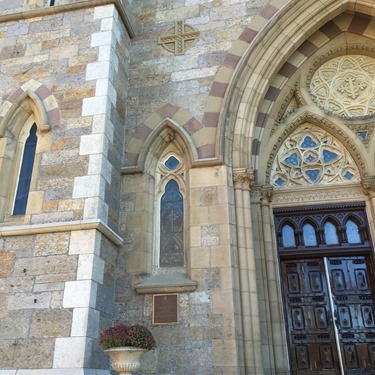 They continue to clean the exterior stones and, less visible, but no less important, they have also been working on repointing the exterior stone and sealing all the windows to help preserve the structure for years to come. 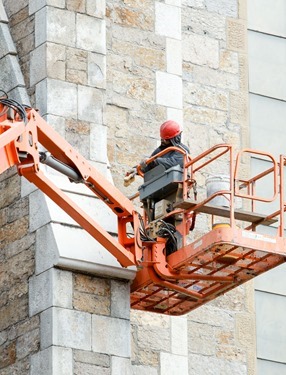 And, of course, we are anxiously waiting for the bells that have now been hung to begin to ring.

I hear from many visitors that they are pleased to see the Cathedral shaping up so well. We are very grateful to Father Kevin O’Leary and those who worked so hard to raise the money and support this refurbishment that was so necessary to prevent water damage.

Thursday, we had one of our regular meetings of the Archdiocesan Pastoral Council.

Among the many items on the agenda was a report on youth ministry. Father Chris Hickey spoke about his experiences with LifeTeen and the great success that has meant in a number of parishes. We also heard about the preparations for the upcoming World Youth Day in Poland and I added to that the importance of our pilgrimages to Washington D.C. for the annual March for Life.

Saturday morning, I was visited by a group from the Italian movement Cenacolo, which has a special ministry geared towards those suffering from addiction. 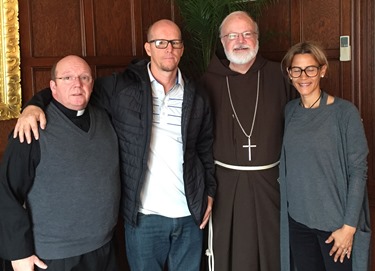 They are interested in doing more in the region and, appropriately, they were accompanied by Father Joe White whose ministry is geared very much towards working with people in recovery and with addictions.

Later that day, I travelled to Portland, Maine for the installation of new members for the Order of the Holy Sepulchre Northeast Lieutenancy.

The Order of the Holy Sepulchre is one of the oldest organizations in the Church, which began as a military organization that protected the sacred sites in the Holy Land. Today, they continue that mission by committing themselves to support the works of mercy carried out by the Church there.

There were a large number of new inductees this year, as well as a number promotions within the Order. 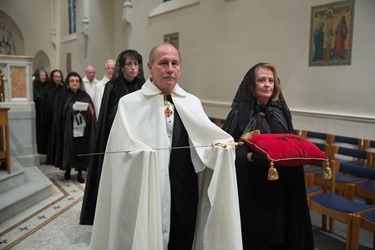 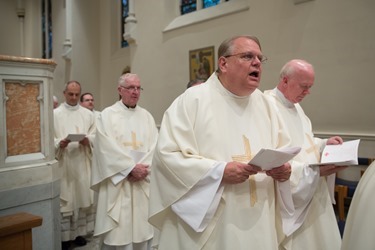 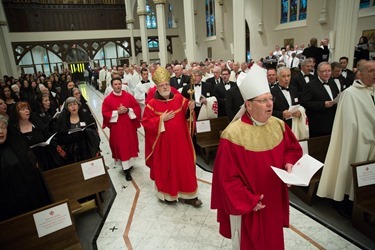 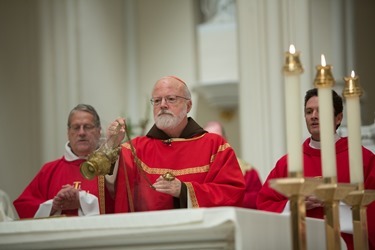 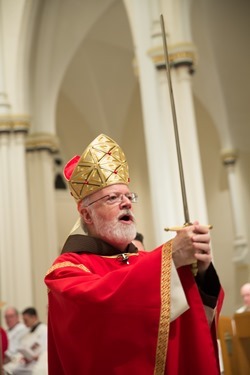 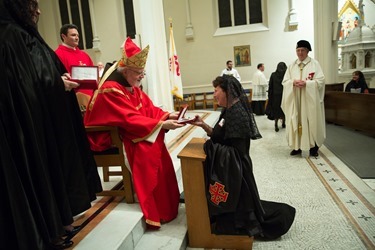 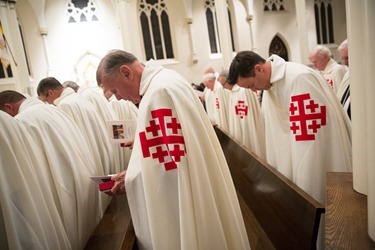 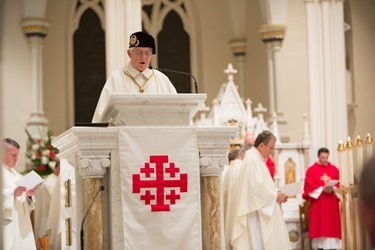 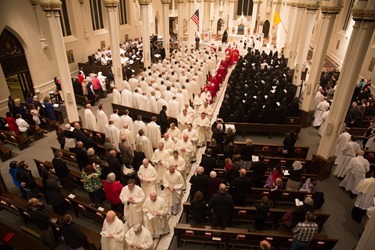 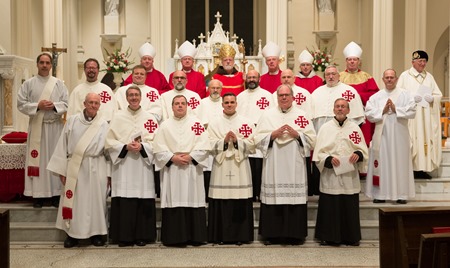 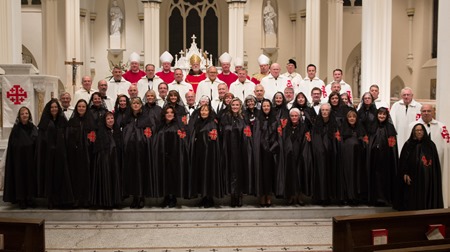 Sunday I went to the Fatima Shrine in Holliston to be together with the Xaverian Missionaries as they celebrated the feast day of their founder, St. Guido Maria Conforti. 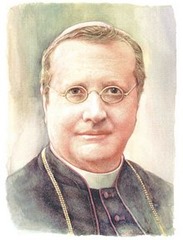 The feast day is on November 5, so I thanked them for redeeming that date for us. The old English adage is “Remember, remember, the 5th of November,” which in England was Guy Fawkes’s Day and in Boston it was Pope’s Day, when they used to burn the pope in effigy on Boston Common. But now, I said, we can think of it as the feast of a good Catholic bishop, the founder of the Xaverian Missionaries. 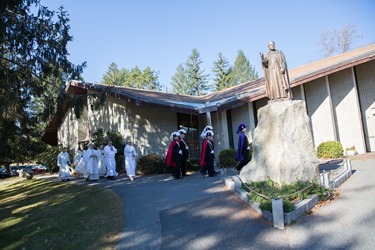 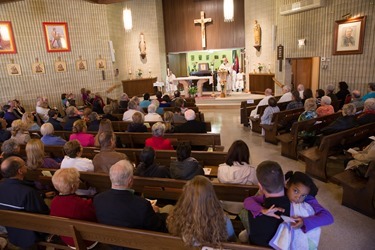 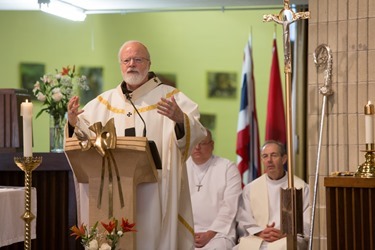 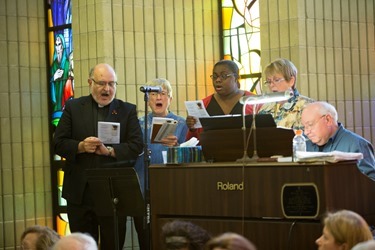 The Mass not only marked his feast day, but also commemorated the 50th anniversary of the Vatican II document “Ad Gentes,” on the missions and also celebrated the closing Year for Consecrated Life.

Then, in the afternoon I celebrated Mass for the Vietnamese community in the archdiocese. I always like to gather with them for a Mass around the Feast of the Vietnamese Martyrs, which is November 24. 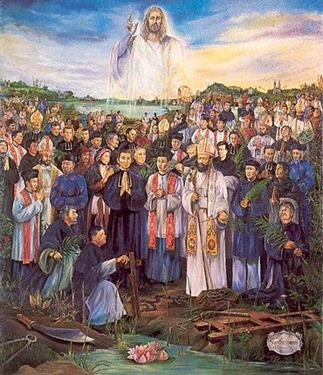 It was a great joy to be joined by so many hundreds of members of the very vibrant Vietnamese community in Boston, as well as many of the Vietnamese priests, deacons and sisters in the archdiocese. 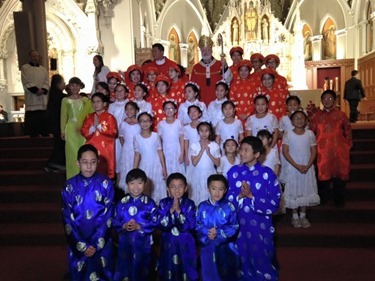 Monday, a group from Catholic Relief Services was here at the Cathedral. They are making a film, and they asked me to be part of it. 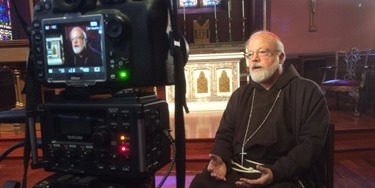 CRS does so much in moments of natural disaster or crisis around the world, aiding people who are suffering from the devastation of war or famine. So, I was very happy to do whatever I could to support their work.

On Tuesday, I celebrated a Month’s Mind Mass here at the Pastoral Center in remembrance of Ruth Cox, who was one of our longest-serving and most faithful employees. She worked for the archdiocese for over 25 years. Her unfailing spirit of friendliness and service and joy was a great source of strength for our priests and the many people lucky enough to know her. 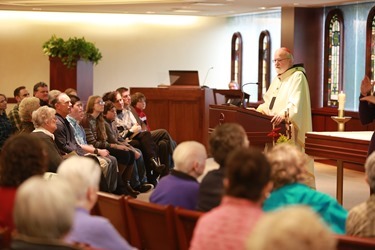 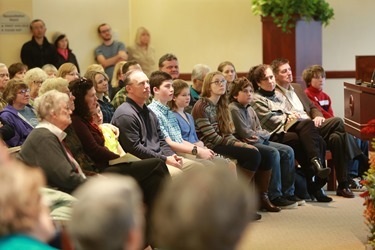 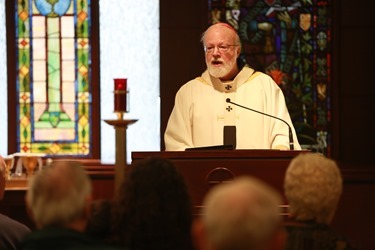 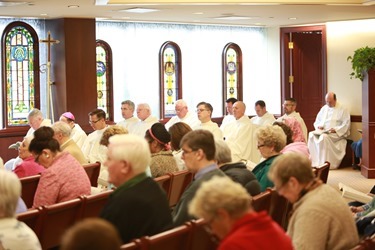 We are very happy that her family and so many of her friends and our priests were able to be present with us. 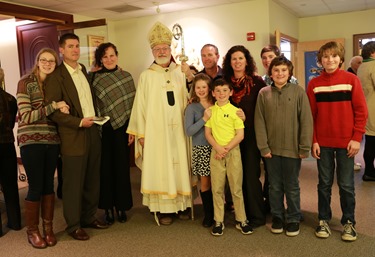 With us at the Mass was Father Richard Gibbons, the director of the Shrine of Our Lady of Knock in Ireland, who had come for a visit. 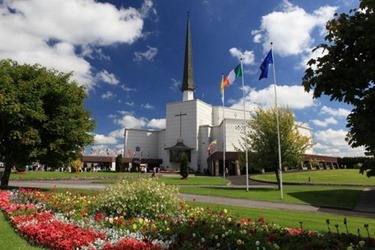 He was here to explore the possibility of a diocesan pilgrimage next summer to mark the 40th anniversary of the new basilica of the shrine and for the celebration of its reconsecration.