It’s very macabre and shocking given the history of Planned Parenthood, which was founded to eliminate poor people. We see that once again they put a price tag on life.

In my role as chairman of the Committee on Pro-Life Activities of the U.S. Conference of Catholic Bishops I issued the following statement  in response to recent videos showing leaders from Planned Parenthood discussing the provision of fetal organs, tissues, and body parts from their abortion clinics:

Pope Francis has called abortion the product of a “widespread mentality of profit, the throwaway culture, which has today enslaved the hearts and minds of so many.” The recent news stories concerning Planned Parenthood direct our attention to two larger issues involving many institutions in our society. The first is abortion itself: a direct attack on human life in its most vulnerable condition. The second is the now standard practice of obtaining fetal organs and tissues through abortion. Both actions fail to respect the humanity and dignity of human life. This fact should be the center of attention in the present public controversy.

If the Planned Parenthood news coverage has caused anyone to experience revived trauma from their own involvement in abortion, be assured that any and all persons will be welcomed with compassion and assistance through the Church’s post-abortion healing ministry, Project Rachel.  If you or someone you know would like confidential, nonjudgmental help, please visit www.projectrachel.com.
– – –
Last Saturday I ordained a new transitional deacon. Tom Olson, who was a Jesuit seminarian who has come to the archdiocese, was ordained in St. Columbkille’s, the parish where he has been working. 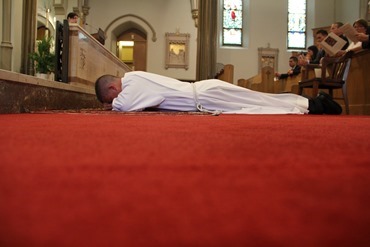 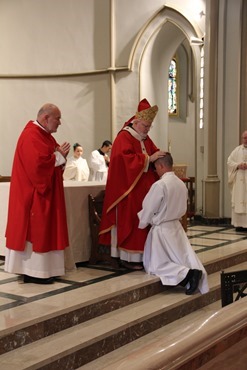 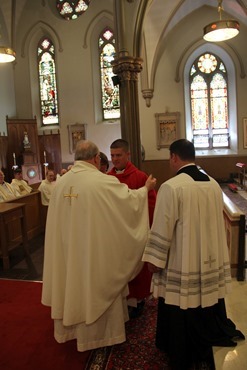 The parishioners were very pleased to be having an ordination there, and a number of priests from the archdiocese accompanied us. Father Bill Palardy was there from Pope St. John XXIII, where Deacon Olson has been studying for the last year. He’ll be part of the next ordination class, which will be next spring.

– – –
That afternoon I met with Abbot Archimandrite Nicholas Zachariadis from Holy Resurrection Monastery in St. Nazianz, Wisconsin. He was sent by Bishop David L. Ricken for a visit and to tell me about their experience in Eastern Monasticism. It was a very nice visit. 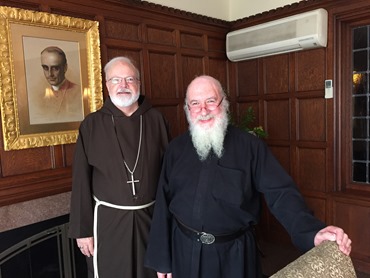 – – –
I had the Spanish Mass at the Cathedral on Sunday, and then the next day I went to the pro-life conference in Kansas City, Kansas where I celebrated Mass in the Cathedral there with Archbishop Joseph F. Naumann and a number of priests. 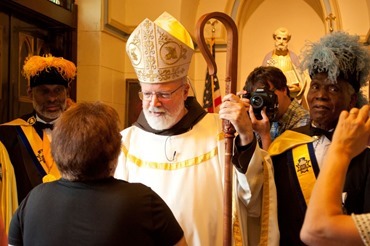 It was a meeting of the diocesan directors of pro-life ministry and other pro-life organizations. 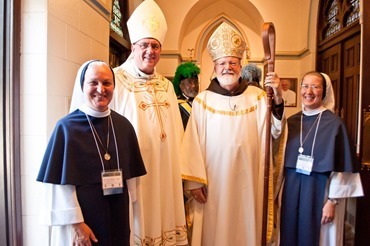 That evening after the Mass, we had an awards banquet at which three pro-life leaders were honored. I presented the awards.

Nancy Valko, Molly Kelly, and Michael Taylor received the 2015 People of Life Award for their pro-life commitments throughout their lives. There were pro-life leaders from more than 120 dioceses, and the USCCB Secretariat of Pro-Life Activities sponsored the dinner. Nancy, who has experience as a nurse and serves as spokesperson for the National Association of Pro-Life Nurses, was recognized for her work on disability and end-of-life issues. Molly received the award for her time serving the Church as a pro-life speaker and chastity educator. Michael received the award for 46 years working as a leader in the pro-life movement. The award is given for answering the call of Evangelium Vitae by Pope St. John Paul II, and we value and appreciate the work of these pro-life leaders.
– – –
Wednesday we had a reception at the United Nations Nunciature in New York to talk about the works of the New Evangelization and particularly of our efforts to expand our Redemptoris Mater Seminary. 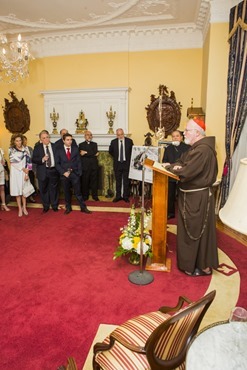 The seminary is located at the old rectory of St. Lawrence in Chestnut Hill, but it is at full capacity and cannot host all the seminarians. There are currently 24 seminarians assigned to the Redemptoris Mater and we hope to expand that number as soon as we can host them in the new facilities. 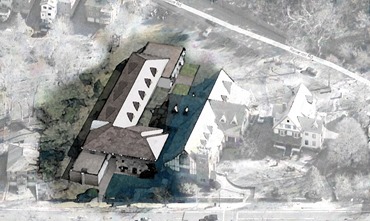 We are very grateful to Archbishop Bernardito Ausa for his hospitality and support. 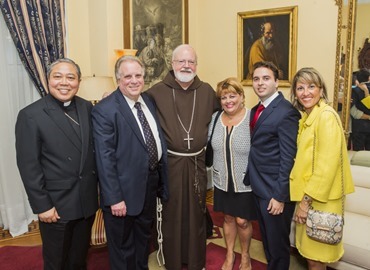 A number of benefactors interested in the seminary and our plans for the future were assembled there.

We are very grateful to Marina Perna for arranging to bring this group of people together.
– – –
From there I flew to Washington to attend the funeral of Cardinal Baum today.