I want to begin this week asking all of you to pray for the family of Ryan Morrissey, a teenager from Charlestown who attended St. Clement High School in Medford and was a victim of gang violence. He was a young man who had nothing to do with that world of gangs and drugs, but was simply in the wrong place at the wrong time. He and a friend were shot coming out of a convenience store near his home last Wednesday.

This type of senseless violence and the proliferation of guns in our community is a very serious problem and it is a great sorrow to see young people’s lives ended so senselessly. We pray for his family, his classmates at the school, and all his friends and acquaintances who are very much affected by this young man’s untimely death.

I spent much of this past week in Baltimore for the fall gathering of the U.S. Conference of Catholic Bishops. But before I left, on Thursday, I met with Bishop Paul Hinder, who is the Vicar Apostolic of Southern Arabia, which consists of the United Arab Emirates, Oman, Yemen, Qatar, Bahrain, and Saudi Arabia. Bishop Hinder is a Swiss Capuchin who was once our Definitor General in Rome. 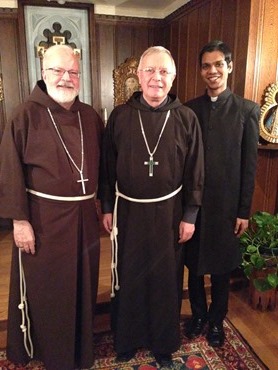 One of his seminarians is studying at St. John’s Seminary, and he was here for a visit.

Capuchins have worked in this very difficult part of the world for many years. There has been a great deal of persecution and violence against Christians in that region and we accompany all of them in our prayers.

He brought me a typical gift from Arabia, frankincense. 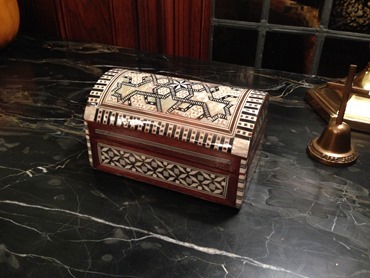 During the annual bishops’ meeting we always have committee meetings before the larger sessions. I was, of course, involved in the meeting of the Committee on Pro-Life Affairs, of which I am chairman. I also attended meetings of the committee on Latin America and the committee on Africa, on which I also serve.

We also hold regional meetings of bishops. At the Region I meeting, which covers the Hartford and Boston Provinces, we discussed the strategic plan of the Bishops Conference, considering how the priorities of Pope Francis will be incorporated into our actions going forward. That was a very interesting discussion. 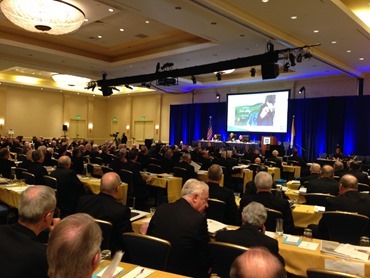 There was also a very important discussion about the situation of Catholic schools as well as a document on pornography that is in the works. During our discussion on the Catholic schools, there was great emphasis placed on recruiting Hispanic students, promoting the faith formation of teachers and staff, and looking at new models of governance for our schools.

As chairman of the pro-life committee, I have been involved in the Bishops’ Working Group on the Life and Dignity of the Human Person. Archbishop Wenski, Bishop Malone and myself made a presentation on the research that has been done to assess the attitude of American Catholics towards Church teaching.

As I said in my remarks:

“The secular culture is defining the Church and its teachings for our people. We ask ourselves why we aren’t better able to reach them. Polls may tell us what people think, and how often they come to church but what is sometimes missing is the ‘why.’ Why do our people in the pews feel the way they do and how does that affect our capacity to transmit the gospel?” 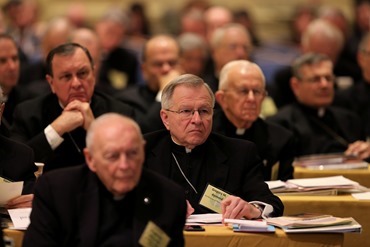 Another issue that we discussed was immigration and, of course, everyone is very concerned about the issue of immigration reform. Our president Archbishop Kurtz committed to reaching out to President Obama and congressional leadership to discuss the Church’s concerns on that front.

We also heard a presentation from those bishops who attended the Extraordinary Synod on the Family. We heard from Archbishop Kurtz, as well as Cardinal Dolan and Cardinal Wuerl who were on the permanent Council of the Synod. Each of them gave a report on their experience of the Synod and there was discussion of how this and the document the synod produced will be the basis for next year’s Ordinary Synod and also for any kind of preliminary discussion. We are presuming there will be a consultation, something like the consultation that took place prior to the Extraordinary Synod. But the Synod Council will be meeting in a week or so, and we expect there will be more clarification coming at that time. 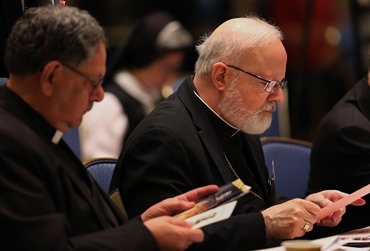 Another aspect of the Fall Assembly is the election of new board members and committee chairmen. On some of the committees, we have elections the year before the term of the committee head finishes to allow the incoming chairman to prepare for his new role. For example, Cardinal Dolan was elected to take my place when I finish my term as head of the Pro-Life Committee next year. Even now as chairman elect, he will begin to participate in our meetings, as I did three years ago.

I have been named to head up the Catholic Orthodox dialogue that will include six Catholic bishops and six Orthodox prelates.

The Holy Father will be visiting Constantinople for the feast of St. Andrew at the end of this month, where he will meet with the ecumenical patriarch. We are so pleased that our own Greek Orthodox Metropolitan of Boston Methodios will be there.

Ordinarily here in Boston, I join Metropolitan Methodios at his Cathedral for the celebration of the feast, but this year he will be in Constantinople with the Holy Father and the patriarch.

I also want to mention that, during the meeting, we celebrated Mass at the Basilica of the National Shrine of the Assumption of the Blessed Virgin Mary in Baltimore to mark the 225th anniversary of the Archdiocese of Baltimore, the oldest Catholic diocese in the United States. 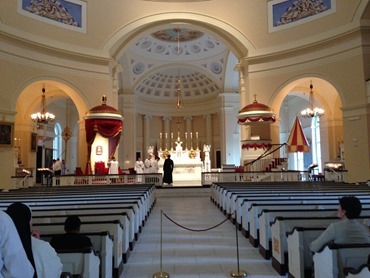 I took this photo before the Mass. The Basilica is beautiful and has been recently renovated.

We were more than 200 bishops concelebrating at the Mass. The diocese was established on Nov. 6, 1789, and was made an archdiocese in 1808, when it was split in several dioceses including Boston. 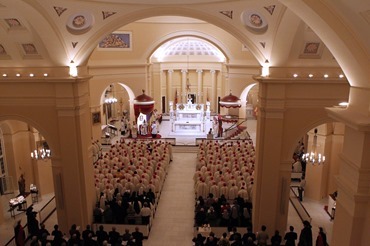 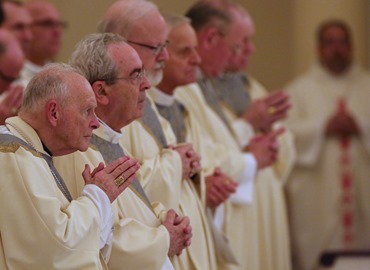 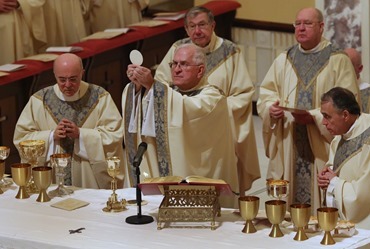 During the assembly, there are always various receptions, and so forth, for the bishops. For example, Pope St. John XXIII Seminary hosts a breakfast where we can speak with bishops about the possibility of their sending seminarians to our seminary for second career vocations.

Then RENEW International also has a reception at which they showcase their programs for the bishops. And at that reception there was a presentation of a new book called “The History of the National Encuentros” by my good friend Mario Paredes and they had asked me to introduce the book, which I had written the forward to. 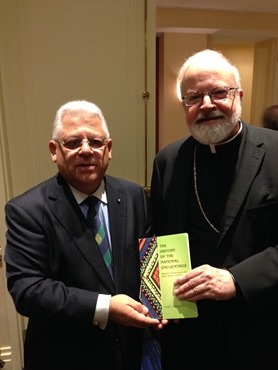 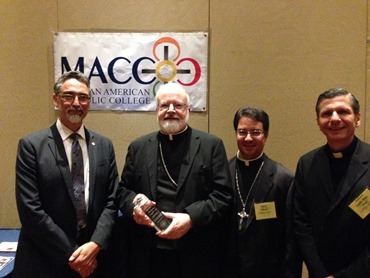 Finally, I want to leave you this week with this photo. 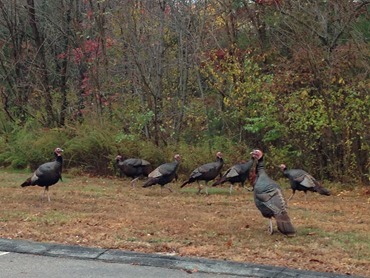 We have been visited by turkeys at the Pastoral Center and our illustrious photographer, George Martell, had refused to take a picture of the turkeys next to the Pastoral Center sign, undoubtedly worried about what sort of commentary that might be taken as.

But I could not resist the temptation to take my own picture of them. So here they are, preparing for Thanksgiving no doubt, and are visiting the Pastoral Center in great numbers!