Gathering with the Holy Father

Last Friday, St. Valentine’s Day, we were happy to be a part of the celebration to install Bishop Robert Deeley as the 12th Bishop of Portland, Maine. 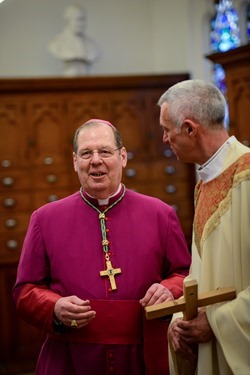 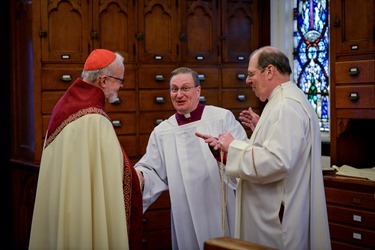 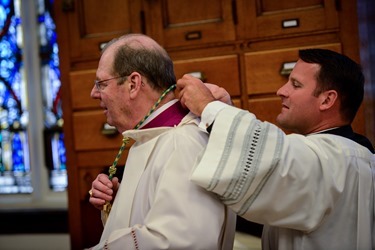 We were able to arrive in good time, despite the snow that had caused the cancellation of the Vespers Service that had been scheduled for the night before. The apostolic nuncio was also able to be there, however, I know a number of other bishops who had wanted to attend were unable to be there because of the snow.

One in particular I was disappointed to not see was the 8th Bishop of Portland, Archbishop Peter Gerety. He is over 100 years old, but the two other living former bishops of Portland, Bishop Richard Malone and Bishop Joe Gerry were there. It would have been nice to have all four living Bishops of Portland together, had the archbishop’s transportation not been knocked out by the snow. 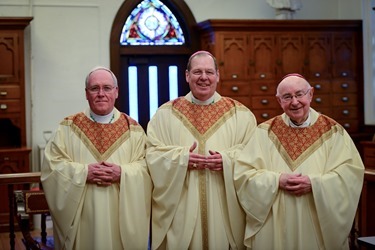 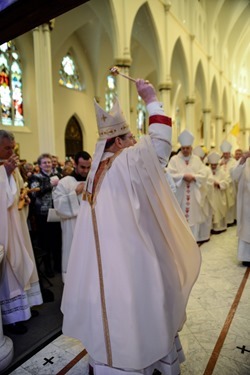 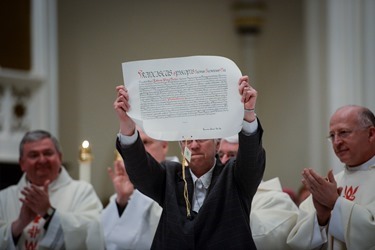 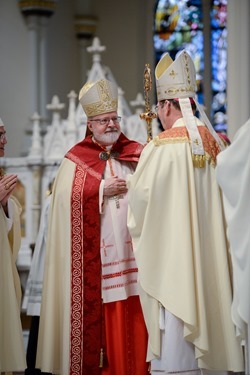 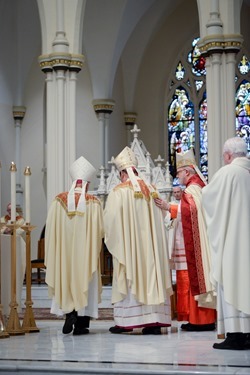 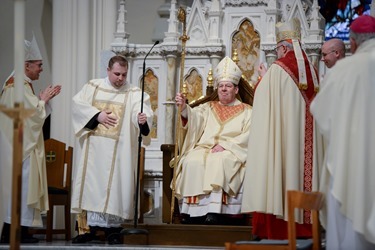 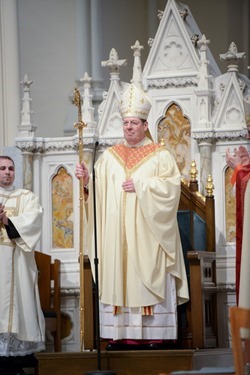 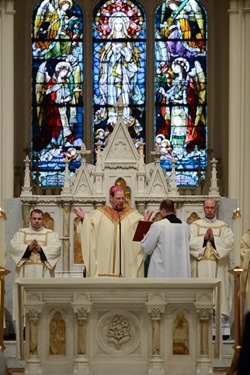 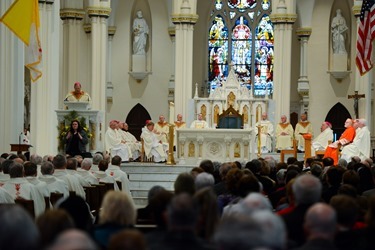 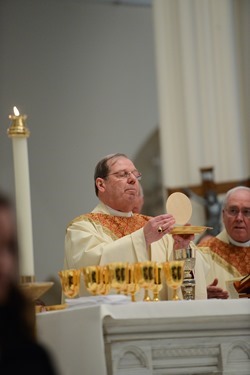 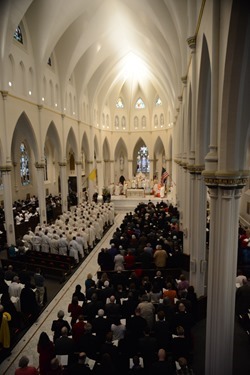 During the Mass, Bishop Deeley used the crozier of the first Bishop of Portland, Bishop Bacon. 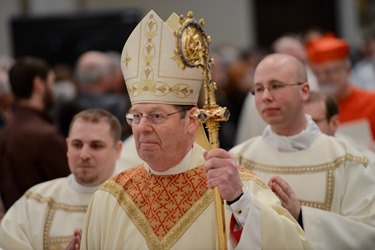 The day after the installation, Saturday, I left for Rome for meetings with the Holy Father before this weekend’s consistory at which 19 new Cardinals will be created. 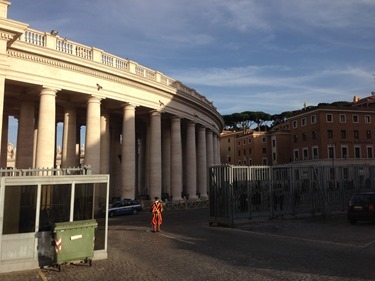 Monday, Tuesday and Wednesday, I met with the Holy Father and the other cardinals he has appointed to look into reforming the Roman Curia. It was the third round of meetings since the creation of the group last April. 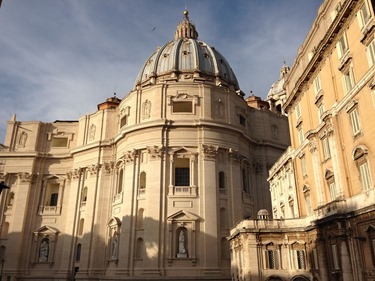 Of course, I cannot go into the details of our meetings, but we focused on financial matters, including the future of the IOR, more commonly known as the Vatican Bank. We provided the Holy Father with some recommendations for his review.

Wednesday night, I went out to dinner with my good friend Mario Paredes and Father Christopher Hartley Sartorius, who is a priest of British and Spanish decent from the Archdiocese of Toledo. 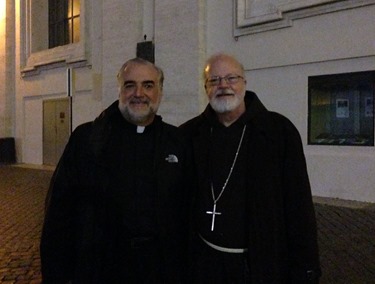 He was the subject of the documentary “The Price of Sugar”, that you can watch here:

There has also been a book about him written called “En el Púlpito de la Miseria” by Juana Socias. 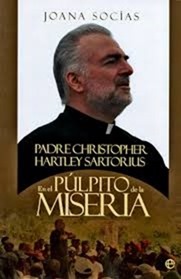 Yesterday and today, we gathered with the around 150 cardinals who are here in Rome for the consistory. 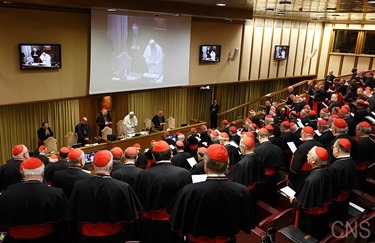 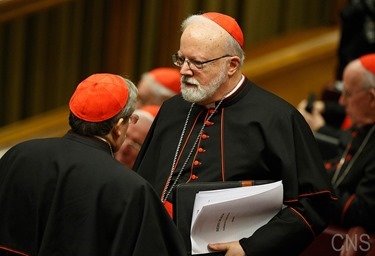 Our conversation focused on the challenges faced by the family in today’s world. The Holy Father gave us a brief address the first day and Cardinal Walter Kasper gave an address about the biblical and theological understanding of marriage. 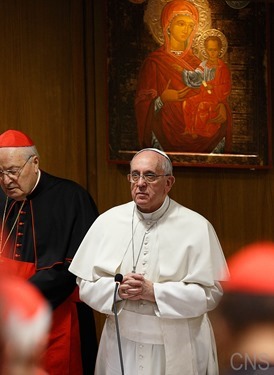 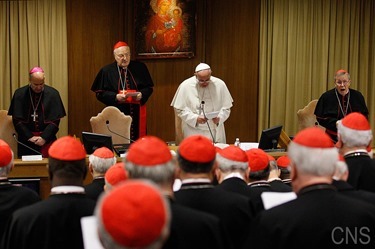 Then the floor was opened to a number of interventions by cardinals. All this work is in preparation for the next synod of bishops that will focus on these matters.