I have often spoken of the important contribution that Catholic Voices USA is making to the new evangelization, and now our own Scot Landry, who has been serving as Cabinet Secretary for Catholic Media, is being named the new national director for the United States.

We are very sorry to lose him in his present post, but I am very grateful that he has consented to stay on working for me on a part-time basis as a special assistant for projects of evangelization. 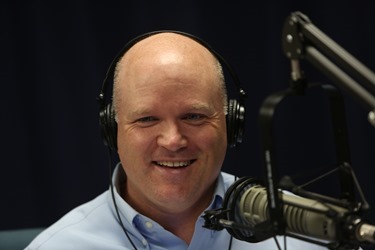 Scot’s great zeal for the faith has led to his many accomplishments here in the archdiocese, beginning with the very successful Men’s and Women’s Conferences, his work as Secretary for Institutional Advancement increasing support of the archdiocese and implementing the Improved Financial Relationship Model and, of course, his work in Catholic media has led to the establishment of Pilot Bulletins and Pilot Printing, a local Catholic radio station and The Good Catholic Life radio program.

Beyond all that, Scot provided invaluable help on a number of special projects over the years including Catholics Come Home, The Light is on for You, the effort to prevent the legalization of assisted suicide in the Commonwealth.

Scot exemplifies the dedicated Catholic layman, husband and father. His incredible energy and fine intellect have been a great gift and we know that he will continue to make an impact in the Church. 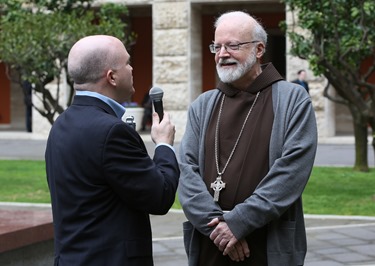 We are very anxious to see how Catholic Voices will spread its influence in United States, because its mission is so necessary. There is so much polarization in the country, and we need a way of being able to witness to our faith in such a way that it can be heard by secular society. I believe that Catholic Voices has developed a paradigm to do that. This is a great contribution to the life of the Church and I know Scot will make huge strides there.

Tuesday, I met with our Coordinator of Marriage Ministries Kari Colella, her husband Steve and our Secretary for Faith Formation and Evangelization Janet Benestad. They came to speak to me about the recent national publication of the our marriage preparation program, Transformed In Love. 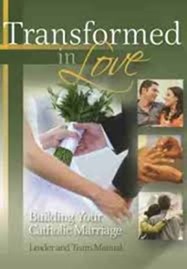 With much hard work, Kari and her committee developed Transformed In Love.

It has had a wonderful effect on the young couples that have gone through the program and many of them have returned to the practice of the faith simply by this.

Transformed In Love has now been published by the Daughters of St. Paul and we are very pleased that this wonderful resource will be available throughout the country.

Tuesday evening I invited Monsignor Francis Kelly, who is home visiting from Rome, for a dinner to celebrate the 50th anniversary of his ordination as well as his being named a Canon of the Basilica of St. Peter’s Basilica in Rome. 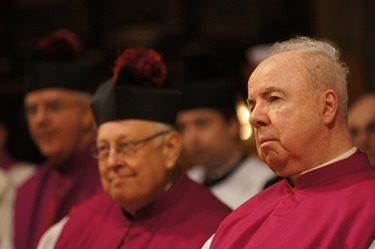 Monsignor Kelly at his installation as a canon of St. Peter’s Basilica in January 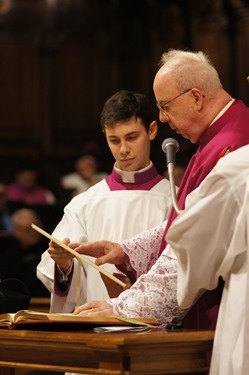 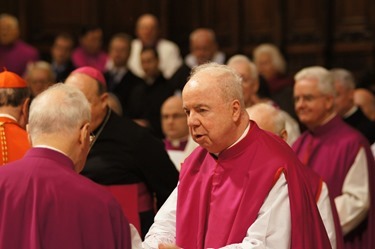 He has served as rector of Blessed John XXIII National Seminary, the director of the Casa Santa Maria for the North American College in Rome, he has been an officer for the Knights of the Holy Sepulcher and now he has been named by the Holy Father a Canon at St. Peter’s Basilica. There he gathers with the other canons for the public recitation of the office and the conventual Mass.

Then on Wednesday I went to St. John’s Seminary to celebrate the Mass of the Holy Spirit, which we always celebrate to begin the academic year. 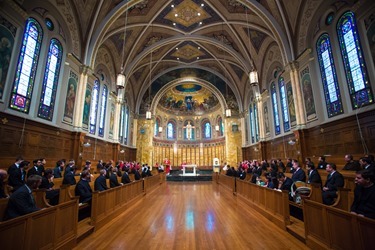 It was the feast of St. Augustine, the feast of my Capuchin province, so I was very pleased to be able to celebrate the Mass together with them. 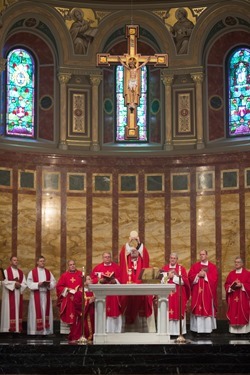 There are more than two dozen new men coming to the seminary this year, drawn from the different dioceses of New England. We are so pleased that the number of men in the seminary has increased so greatly over the years, and it is wonderful to see the Chapel filled for an event like that. I’m sure many will remember a time not so long ago that you wouldn’t exactly have had to make a reservation to get a seat at the Mass to open the Seminary year. 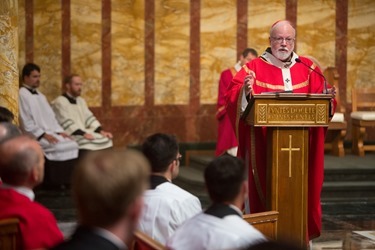 I want to express my gratitude to the rector, Monsignor Moroney, the faculty as well as the many vocation directors from New England who joined us for the Mass. 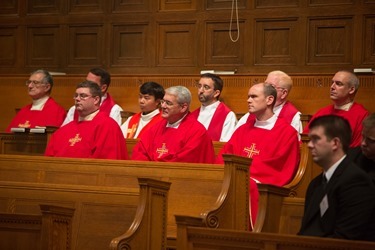 Afterwards, we had a very nice cookout.

Some of them were telling me of their different experiences during the summer. A number of them had done “El Camino,” the Way of St. James, in Santiago de Compostela in Spain. Others have been at the spiritual formation programs in parishes and were returning with great enthusiasm.

I shared with them that the high point of my summer was being with the Holy Father at World Youth Day. I went on to talk a little bit about his message and his call to evangelization to make the Church present among people particularly those who are most distant from the Church.

On Wednesday I was also visited by Pascual Rubiani from Paraguay. His son is going to study here at Boston College, so he came to visit with his family as well as to bring me some materials from Bishop Adalberto Martinez. 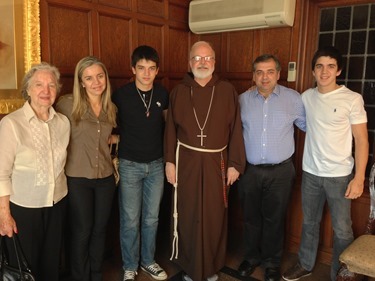 I had met them when I made my pastoral visit to Paraguay for the U.S. Conference of Catholic Bishops. One of the groups that I addressed on that trip was the Catholic business leaders of Paraguay, thanking them for supporting the Church’s efforts to serve the poor. Pascual Rubiani is the head of this group, which would be something similar to Legatus here in the United States.

Finally, Thursday afternoon, Mary Ann Glendon came to see me. She is a former ambassador to the Vatican and is currently president of the Pontifical Academy for Social Sciences and is an outstanding Catholic lay woman here in the archdiocese.

It was a pleasure to see her again.