We continue to pray for the successful resolution to the question of whether Catholic institutions will be required to provide coverage for morally objectionable services through their health plans. 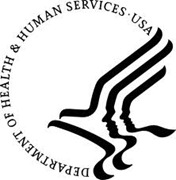 Obviously, the Catholic Church is very concerned about the issue of religious liberty and the interior life of the Church. We hope this crisis will give us the opportunity, through dialogue, to clarify what the rights of religious people are in United States so that we will be able to strengthen religious freedom, which is the bedrock of our democracy.

This country is founded on the principle of religious freedom and it is very heartening to see that so many people from a broad spectrum of political thought have come to see this as a very significant moment, one that demands the attention of the American people.

This week, I attended many different meetings, but the crucial activities of the week revolved around our annual vocation retreats.

We had 60 men this year between the retreats at Blessed John XXIII National Seminary and St. John’s Seminary. Many of these were college students and recent college graduates who have an interest in discerning a priestly vocation. 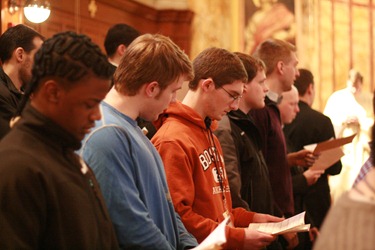 I always give the retreat conferences and then we have a discussion in which the retreatants can speak with seminarians and hear their experiences.

Realizing that young people do not often receive a lot of encouragement when considering a vocation to the priesthood, in my talk I tried to assure them that many people the community are praying for them and that their interior life their participation in the community of faith and fidelity spiritual direction and prayer are all important elements in the process of discernment. 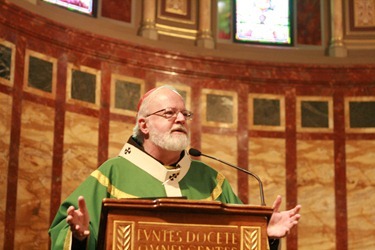 I encouraged those who are so inclined, to visit the seminary, which has an excellent menu for deepening one’s relationship to the Lord and discovering what God’s will is in our life. This, of course, needs to be the focus of any vocational discernment. We must discern not what we want to do, but what God is asking us to do.

I also always try to encourage the men, in their interior life, to discover God’s love for us. That love is what gives us the courage to do difficult things and make difficult decisions — knowing that, despite our limitations, our weaknesses and our human frailty, God is there for us. I tell them that this should be a source of strength and motivation in making a vocational decision.

On the last day of the retreat for St. John’s Seminary, we take the participants the closing Mass at the seminary and they receive a tour. 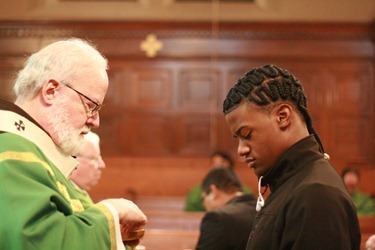 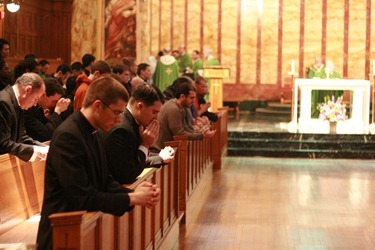 Yesterday I arrived in Rome, for a meeting of cardinals with the Holy Father that took place earlier today, in which we discussed the New Evangelization and the Year of Faith. 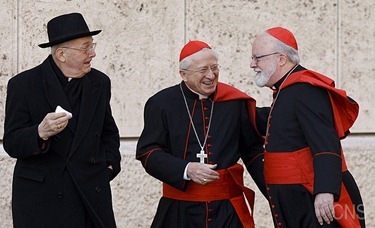 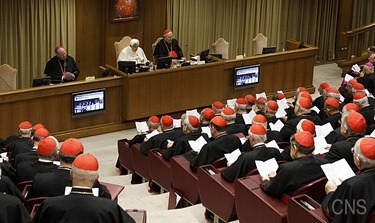 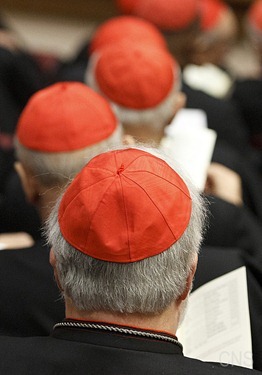 Also, as many of you know, tomorrow will be the consistory for the creation of new cardinals, followed by the Mass of Thanksgiving on Sunday. 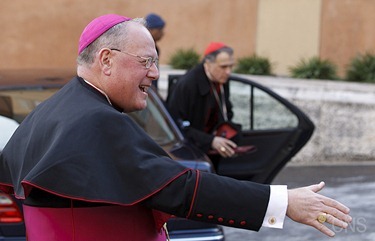 Cardinal-elect Dolan arriving for the meeting… 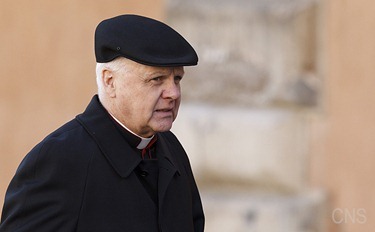 They are each well-known both here in United States and internationally, and they will certainly strengthen the College of Cardinals. We congratulate them and I look forward to relating the details of my trip to you upon my return.